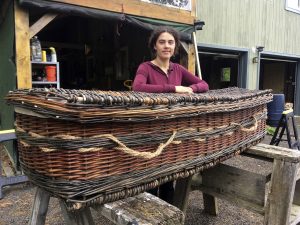 ‘Green burials’ that use biodegradable coffins or lessen the environmental impact in other ways are on the rise. AP Photo/Michael Hill

What do you want to happen to your remains after you die?

For the past century, most Americans have accepted a limited set of options without question. And discussions of death and funeral plans have been taboo.

That is changing. As a scholar of funeral and cemetery law, I’ve discovered that Americans are becoming more willing to have a conversation about their own mortality and what comes next and embrace new funeral and burial practices.

Baby boomers are insisting upon more control over their funeral and disposition so that their choices after death match their values in life. And businesses are following suit, offering new ways to memorialize and dispose of the dead.

While some options such as Tibetan sky burial – leaving human remains to be picked clean by vultures – and “Viking” burial via flaming boat – familiar to “Game of Thrones” fans – remain off limits in the U.S., laws are changing to allow a growing variety of practices.

The funeral pyre hasn’t yet received approval for use in the U.S.

‘The American Way of Death’ 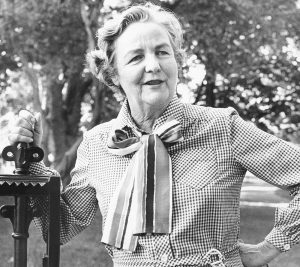 Author, journalist and civil rights activist Jessica Mitford is shown during an interview at the Boston Public Garden in Boston, Massachusetts, in 1979. (AP Photo/Liss)

In 1963, English journalist and activist Jessica Mitford published “The American Way of Death,” in which she described the leading method of disposing of human remains in the United States, still in use today.

She wrote that human remains are temporarily preserved by replacing blood with a formaldehyde-based embalming fluid shortly after death, placed in a decorative wood or metal casket, displayed to family and friends at the funeral home and buried within a concrete or steel vault in a grave, perpetually dedicated and marked with a tombstone.

Mitford called this “absolutely weird” and argued that it had been invented by the American funeral industry, which emerged at the turn of the 20th century. As she wrote in The Atlantic:

“Foreigners are astonished to learn that almost all Americans are embalmed and publicly displayed after death. The practice is unheard of outside the United States and Canada.”

Nearly all Americans who died from the 1930s, when embalming became well-established, through the 1990s were disposed of in this manner.

And it’s neither cheap or good for the environment. The median cost of a funeral and burial, including a vault to enclose the casket, was US$8,508 in 2014. Including the cost of the burial plot, the fee for opening and closing the grave and the tombstone easily brings the total cost to $11,000 or more.

Mitford’s book influenced generations of Americans, beginning with the baby boomers, to question this type of funeral and burial. As a result, demand for alternatives such as home funerals and green burials have increased significantly. The most common reasons cited are a desire to connect with and honor their loved ones in a more meaningful way, and interest in lower-cost, less environmentally damaging choices. 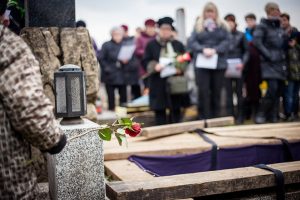 The rise of cremation

The most radical change to how Americans handle their remains has been the rising popularity of cremation by fire. Cremation is less expensive than burial and, although it consumes fossil fuels, is widely perceived to be better for the environment than burial in a casket and vault.

Although cremation became legal in a handful of states in the 1870s and 1880s, its usage in the U.S. remained in single digits for another century. After steadily rising since the 1980s, cremation was the disposition method of choice for nearly half of all deaths in the U.S. in 2015. Cremation is most popular in urban areas, where the cost of burial can be quite high, in states with a lot of people born in other ones and among those who do not identify with a particular religious faith.

Residents of western states like Nevada, Washington and Oregon opt for cremation the most, with rates as high as 76 percent. Mississippi, Alabama and Kentucky have the lowest rates, at less than a quarter of all burials. The National Funeral Directors Association projects that by 2030 the nationwide cremation rate will reach 71 percent.

Cremation’s dramatic rise is part of a huge shift in American funerary practices away from burial and the ritual of embalming the dead, which is not required by law in any state but which most funeral homes require in order to have a visitation. In 2017, a survey of the personal preferences of Americans aged 40 and over found that more than half preferred cremation. Only 14 percent of those respondents said they would like to have a full funeral service with viewing and visitation prior to cremation, down from 27 percent as recently as 2015.

Part of the reason for that shift is cost. In 2014, the median cost of a funeral with viewing and cremation was $6,078. In contrast, a “direct cremation,” which does not include embalming or a viewing, can typically be purchased for $700 to $1,200.

Cremated remains can be buried in a cemetery or stored in an urn on the mantle, but businesses also offer a bewildering range of options for incorporating ashes into objects like glass paperweights, jewelry and even vinyl records.

And while 40 percent of respondents to the 2017 survey associate a cremation with a memorial service, Americans are increasingly holding those services at religious institutions and nontraditional locations like parks, museums and even at home. 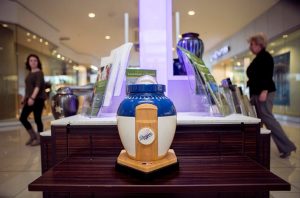 As the number of cremations has soared, so too has the variety of urns. This one sold at a mall in Glendale, California, features a Dodgers baseball theme. AP Photo/Damian Dovarganes

Another trend is finding greener alternatives to both the traditional burial and cremation.

One example of this is a new method of disposing of human remains called alkaline hydrolysis, which involves using water and a salt-based solution to dissolve human remains. Often referred as “water cremation,” it’s preferred by many as a greener alternative to cremation by fire, which consumes fossil fuels. Most funeral homes that offer both methods of cremation charge the same price.

The alkaline hydrolysis process results in a sterile liquid and bone fragments that are reduced to “ash” and returned to the family. Although most Americans are unfamiliar with the process, funeral directors that have adopted it generally report that families prefer it to cremation by fire. California recently became the 15th state to legalize it.

A rising number of families are also interested in so-called “home funerals,” in which the remains are cleaned and prepared for disposition at home by the family, religious community or friends. Home funerals are followed by cremation, or burial in a family cemetery, a traditional cemetery or a green cemetery. 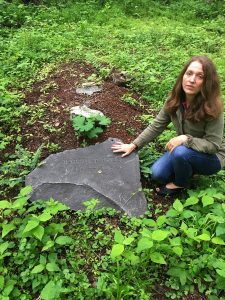 More Americans are being buried in natural burial grounds, such as this one in Rhinebeck, New York. AP Photo/Michael Hill

Assisted by funeral directors or educated by home funeral guides, families that choose home funerals are returning to a set of practices that predate the modern funeral industry.

Proponents say that caring for remains at home is a better way of honoring the relationship between the living and the dead. Home funerals are also seen as more environmentally friendly since remains are temporarily preserved through the use of dry ice rather than formaldehyde-based embalming fluid.

The Green Burial Council says rejecting embalming is one way to go green. Another is to choose to have remains interred or cremated in a fabric shroud or biodegradable casket rather than a casket made from nonsustainable hardwoods or metal. The council promotes standards for green funeral products and certifies green funeral homes and burial grounds. More than 300 providers are currently certified in 41 states and six Canadian provinces.

For example, Sleepy Hollow Cemetery, the historic New York cemetery made famous by Washington Irving, is a certified “hybrid” cemetery because it has reserved a portion of its grounds for green burials: no embalming, no vaults and no caskets unless they are biodegradable – the body often goes straight into the ground with just a simple wrapping.

Clearly Americans are pushing the “traditional” boundaries of how to memorialize their loved ones and dispose of their remains. While I wouldn’t hold out hope that Americans will be able to choose Viking- or Tibetan-style burials anytime soon, you never know.