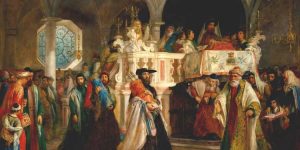 A review of David Shyovitz’s A Remembrance of His Wonders 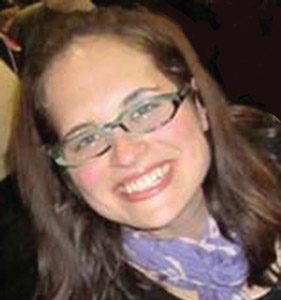 The study of medieval Jewish history often yields examples of beliefs, practices, conventions or sensibilities shared by both the Jewish minority and non-Jewish majority populations. Inevitably, the question of primacy arises: which group originated the practices and beliefs in question and which group merely imitated the other? Scholars of medieval Ashkenaz (Northern France and Germany) have long noticed and analyzed such parallels in areas related to the domestic sphere, such as childbirth and childrearing rituals, as well as in academic trends and literary genres. In his new book, A Remembrance of His Wonders: Nature and the Supernatural in Medieval Ashkenaz, David Shyovitz offers a fresh look at the question of primacy through two distinct but overlapping lenses. Shyovitz examines medieval approaches to the natural world, particularly as experienced and explained by Hasidei Ashkenaz, who are individuals inclined toward a pietistic life characterized by ascetic tendencies, an emphasis on prayer, and distinctive religious and social practices. The reconstruction of Ashkenazic pietism is a challenging task complicated by the almost total absence of external evidence for this social movement or even that it was one at all. Circumventing this question altogether, A Remembrance of His Wonders offers skillful and nuanced readings of many anonymous texts by the disciples of Samuel and Judah the Pious about the role of human beings and nature in a religious worldview. Shyovitz offers fascinating answers to the question of influence through his sophisticated contextualization of that worldview in the Christian ambience of medieval France and Germany. 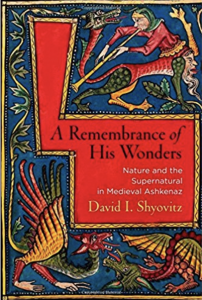 David Shyovitz, A Remembrance of His Wonders: Nature and the Supernatural in Medieval Ashkenaz

The first three chapters explore pietistic attitudes toward the natural world and the human body. Shyovitz posits that German pietists assigned significant value to the created order as a source of theological truths. At the core of chapter one is Psalms 111:4, the eponymous verse, Zekher Asah L’Nifleotav/A Remembrance of His Wonders, which prompted pietists to identify “remembrances” in the natural world and to link them with God’s “wonders” in order to answer theological challenges. Through this unprecedented exegetical approach, pietistic authors gained insight into the enigmatic Divine by way of parallels drawn from natural processes. Shyovitz argues against common scholarly views that medieval Jews of Ashkenaz were “at best apathetic and at worst overtly hostile toward exploration of their natural surroundings” by establishing that German pietists believed in the consistency and stability of the natural order enough to draw theological meaning from all aspects of the universe – even the unpleasant ones like excretion.

To contextualize the worldview of Hasidei Ashkenaz, Shyovitz examines pietistic beliefs in comparison to other Jewish ideologies—rationalism and mysticism—as well as to Christian interest in “mirabilia.”  During the cultural and intellectual renaissance of the twelfth century, Christian concepts of nature were themselves evolving away from Augustinian notions that the wonders of nature are meant to inspire spirituality but were not to be examined or explained in themselves. Shyovitz pinpoints this same impulse in the writings on magnetism of Jewish thinkers in Spain, demonstrating that both German Jews and Christians were simultaneously deviating from the same ideological stance, albeit in different religious media. A detailed survey of emerging genres of popular literature in Christian circles, such as catalogues of wonders, travel narratives, bestiaries and lapidaries, further demonstrates the many similarities between Jewish and Christian ideas and their shared literary modes. The particular case of bestiaries, and the polemical use of animals in interreligious debate, is fascinating because the Jews had no access to the Latin bestiary texts and yet Sefer Hasidim is replete with tales of animals. Shyovitz argues that Jews absorbed the material orally from sermons, inverting the significance of the anti-Jewish barbs in order to mock Christianity.

Chapters two and three address pietistic conceptions of body and soul respectively. The pietistic embrace of ascetic practices and martyrdom has resulted in a scholarly perception that Hasidei Ashkenaz deplored the human body as a prison of the soul. In contrast to “the notion that the physical body was dross to be discarded at the earliest opportunity,” Shyovitz offers several examples attributing positive valence to the human body and its parts. According to Shyovitz, pietistic interest in “microcosmism” (the belief that the human being is a miniature version of the universe) is key to understanding a range of complex and diverse sources that seem unusually occupied with physical minutiae. Microcosmism is frequently invoked by classical Jewish texts, like midrashim as well as by medieval Jewish authors of philosophical or mystical orientation, but none ascribe the same value to the physical human body as the German pietists. Rather, Shyovitz’s fruitful study of medieval Christian ideas about embodiment emerging from thinkers of the twelfth-century renaissance, and popularized by German scholars like Honorius Augustodunensis of Regensburg, demonstrates the same understanding of microcosmism and the physical body and even uses the same phrase: Hebrew “olam qatan” for the Latin “mundus minor.” Marshaling an impressive range of sources from liturgy to devotional tales to stained-glass windows, Shyovitz convincingly demonstrates the centrality of the physical form and its constancy to German pietists.

The third chapter examines ideas about the soul and its relation to the body in order better to understand pietistic acceptance of extreme asceticism and prescription of painful torture of the body as penitence. Shyovitz claims that pietists mitigated “the ostensible dualism between body and soul,” a view that mirrored contemporaneous Christian conceptions of the body-soul relationship. A tight focus on two treatises written by Eleazar of Worms, Hokmat Ha-Nefesh and Sod Ma’ase Breishit  reveals that, like other Jews, Eleazar believed the soul was gendered and had physical locations in the body. Eleazar’s embryology further confirms his identification of soul with body as he isolates anatomical features within the soul. Shyovitz argues that “rather than understanding the body to be a site of constraint, in which the soul is trapped … the soul as itself [is] a body, one that corresponds to, and anatomically prefigures, the very physical body it will come to inhabit.” Thus, bodily mortification in this world is an effective method to prevent physical suffering of the soul after death—a conviction that also underlies Christian penitential ascetic practices.

After establishing the that Jews and Christians similarly found validity in the natural world and human body as sources of divine truths, the final two chapters present case studies of dangers—both internal and external threats—to the consistency and stability of the human body. Chapter four, “The Pious Werewolf,” considers the paradox of Jewish existence in the twelfth century, a century of tremendous cultural and intellectual growth paralleled by an intensification of anti-Jewish beliefs and actions. Shyovitz uses the work of Debra Strickland to note the identification of Jews with monsters, “an imaginary and ideological complex of all that medieval Christians found abhorrent, evil, and threatening,” but he highlights the fact that there has been no serious study of monsters and monstrosity in medieval Jewish literature itself. Rescuing the werewolves, vampires, and other demons from the underworld of “folk culture and superstition,” Shyovitz shows how pietistic interest in the monstrous and physical transformations stemmed from their perception of the stable human body as a source of theological truths, alongside a belief that demonic forces were disembodied and unstable.

Shyovitz indicates that while Jewish fascination with monstrous creatures is evident in many midrashic and Talmudic tales, medieval Jews rarely engaged with metamorphoses in the Bible. Exegetes generally glossed over such biblical narratives, or interpreted them metaphorically, while Pietist authors devoted much time and ink to transformations, especially the werewolf and its mutation from human being into animal. Reference to werewolves is even found in Sefer Tagin, a complex treatise on the significance of scribal and calligraphic flourishes. Lycanthropy offered pietists valuable insights into complex biblical verses and phenomena, like the transformation of the snake in Eden or the cryptic blessing of Benjamin who was compared to a wolf. For Christians, the fluidity of a werewolf’s identity informed fraught theological negotiations over the Incarnation and Eucharist, as Christian theologians debated the mechanics of transformation of wafer and wine into Christ’s body and blood. Shyovitz shows that both Jewish and Christian texts overwhelmingly present werewolves whose human essence remains stable despite the physical changes he or she may experience. But, alongside the trope of the “sympathetic werewolf,” pietistic texts also contain outright rejections of werewolf corporeality, demonstrating the multivocal nature of pietistic sources. Nonetheless, disparate approaches to the question of werewolves and corporeality address the same underlying anxiety—“how can bodies, which are supposed to be stable and immutable, transform?”

It is most fitting that a rumination on pietistic approaches to nature and the human body should end in a discussion about excretion. The vexing recurrences of fecal matter, urine, and flatulence in pietistic works defy classical rabbinic conventions in their sheer number and purpose. The writers use excrement to declare the immanence of God, even in the filthiest of places. At other instances, pietists highlight the virtue of characters through their commitment to keeping sacred books and spaces free from contamination. The inviolability of books, and Torah scrolls especially, occasions many strictures beyond the rabbinic norms. The dilemma of such contradictory positions on human excrement is further complicated by several passages in which excretion assumes a positive valence. Passages from Sefer Hasidim, as well as other texts, liken the soul’s experience after death to the sensation of excreting waste or ejaculation. Shyovitz claims that pietists viewed excrement as a constant reminder of the human body’s decay and ultimate demise. Thus, their excessive attention to excrement was rooted in anxieties about the fragility of the human body and its eventual fate in the afterlife. Against the backdrop of the Maimonidean controversy, a polarizing debate centered on the plausibility of resurrection and its exact form, pietistic inquiries exemplify similar anxieties albeit in different expressions. The medieval Christian context must also be considered, in light of the identification of excrement with sin, as well as linkages between eating, digestion, and resurrection. Moreover, the scatological nature of interreligious polemical discourse demonstrates that Jews and Christians shared similar concerns about the body and its stability, which informed their attacks on one another.

A Remembrance of His Wonders convincingly expresses a group ideology of medieval Ashkenazic pietists towards nature and the human body through an impressive accumulation of manuscript sources as well as a fresh reading of well-known material. While Shyovitz deftly presents the polyphonic nature of this corpus, in rare instances his total reliance on one particular thinker, like Eleazar of Worms, detracts from the force of his argument. This book advances the discourse beyond questions of influence by positing that shared space, physical and mental, informed the way that medieval Jews and Christians alike understood their universe. For Shyovitz, the medium of oral transmission was the means through which Jews absorbed information about animals and monsters. Though verbal exchange between Christians and Jews has been amply demonstrated in the field of biblical exegesis, in these cases such contact is harder to prove. Shyovitz notes the geographical proximity of Christian thinkers and pietists, both located in Regensburg, to suggest that personal interactions may have occurred. Some of the more convincing evidence stems from the visual sources like the stained-glass Noah’s rainbow, which is rendered in atypical colors that are mentioned in Judah’s description of a rainbow. Shyovitz’ account weaves disparate topical and textual threads together to present a convincing and enlightening portrait of Hasidei Ashkenaz. The contextualization of pietism within Jewish and Christian ambiences reminds modern readers that as much as the pietistic orientation sought to isolate medieval Jews from their surroundings, it nevertheless was nourished by those surroundings as well.