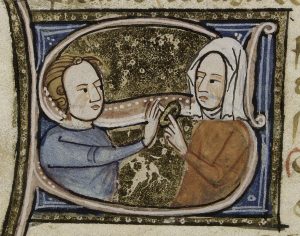 The marital debt referred to the religious obligation of both spouses to have sex with each other on demand. 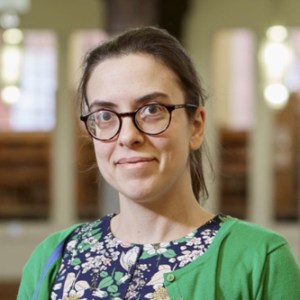 At the time of the Fourth Crusade (1202–1204), Pope Innocent III issued a special dispensation allowing husbands to take arms without the permission of their wives. He admitted to doing so out of fear that the relief of the Holy Land could be ‘thoroughly impeded’. The key to this strange wifely power was sex: in the medieval West, wives were entitled to the so-called ‘marital debt’.

In Western Europe at the time, the marital debt was governed by clearly defined rules of rendering and exacting, which explained when, where, and how spouses could engage in sexual intercourse. The concept was so well understood that many other questions about sex could not be framed without it: Do you render the debt to a spouse performing penance? Can you divorce a spouse who cannot render the debt because of their frigidity? Can you deprive your husband or wife of the debt by taking a vow of chastity? For many canon lawyers rendering the debt came before any other consideration. Some, in the thirteenth century, even asserted that one could exact the marital debt in church if no other location was available. The couple would still be burdened by the sin of profaning a sacred space, but that was seen as a lesser evil than denying a married person’s right to sex. This emphasis on the marital debt in ecclesiastical law was the product of a profound uneasiness about sexuality, which made the canonists go to great lengths to control it by micromanaging the situations in which it was acceptable and the levels of sin that it could incur.

Despite its obvious importance for the West, the marital debt was not a medieval Christian universal. The situation was very different in Byzantium, the Eastern part of the Roman empire which survived up to the 15th century. Although there was an expectation that husband and wife would engage in sexual intercourse, the Byzantine Church did not explicitly frame its rules regarding penance, vows of chastity, or divorce, around any well-defined sexual duty that spouses had towards each other. Even in the case of an unconsummated marriage spouses had to wait three years before they could ask for divorce. Instead, a process of negotiation was expected which, it was hoped, would result in the satisfaction of both partners.

Practice of course could differ, and one of the Byzantine examples that comes close to the Western exaction of the marital debt involves a thirteenth-century couple from the village of Govlastou in Greece. Eirene and Konstantinos had been married for a year but had not managed to consummate their union. Bishop John Apokaukos, who was in charge of this case, tells us that Eirene had come to hate her husband and would bite and scratch him when he tried to approach her. She seemed impervious to the jeering of the community and the threats of the church’s administrators who, tired of words, would lock the two spouses in a room hoping that intimacy would ensue. In the end, the marriage was never consummated and Apokaukos granted the couple a divorce. Could we consider that in this case Konstantinos was simply demanding his ‘marital debt’? 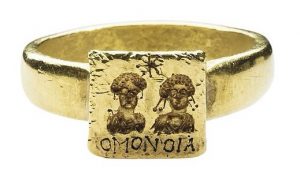 Although this example is certainly indicative of societal pressures on newly married couples regarding sex, Apokaukos does not approach the case with the expectation that Eirene owed her husband sexual intercourse. The speediness of the divorce itself is also explicitly linked to the lack of marital affection and the profound differences in the characters of the two spouses, who, as Apokaukos put it, were harder to mix together than water and fire. In fact, several of Apokaukos’ other cases strongly suggest that the lack of a firm concept of the marital debt had lowered the expectations of Byzantine couples, who tended to be quite patient with each other when it came to sex.

There are among them abandoned wives who waited years before they asked for divorce. Eudokia, for example, had been married for ten years to Theodoros, but he visited her only rarely, making her pregnant and disappearing again, caring little about the sustenance of her and her children. In the last five years, Theodoros had disappeared altogether, and Eudokia was only now asking for divorce. In his description of this case, Apokaukos mentioned that Eudokia was young and beautiful and experienced carnal passions. Yet he made no mention of any marital debt.

Apokaukos also tells us about couples who remained for years in unconsummated marriages. An unnamed couple waited twelve years before they finally asked to be separated; Anna and Konstantinos Vlassopoulos waited five years; Theodoros Fragopoulos and Euphemia waited seven years. The great lengths that these couples were willing to wait shows that in practice marital sex was not thought of as something that had to be exacted on the spot.

This difference between Byzantium and the West perhaps boils down to the fact that Byzantine ecclesiastics had less use for the concept of the marital debt compared to their Western counterparts. In the East a long tradition, stretching all the way to the fourth century, had emphasised the rights of spouses to enjoy sex with each other – though as we have seen not every couple was equally excited about the joys of the marital bed. In the West, sexuality and lust had been viewed with suspicion since Late Antiquity, and for many ecclesiastics sinless intercourse meant intercourse that was undertaken with the primary motivation to procreate. The marital debt provided Western canonists with another acceptable motivation for sex: it allowed a spouse who rendered it unwillingly to incur no sin, while the spouse who exacted it incurred most often only a venial sin that could be expiated through prayer. Paradoxically, it was the West’s mistrust of sex that led the clergy to sanction its performance on demand.