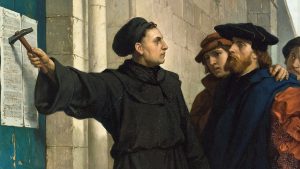 On Oct. 31, 1517, Martin Luther nailed his 95 Theses to the door of Germany’s Wittenberg Castle Church and inadvertently ushered in what came to be known as the Reformation.

In his theses, Luther explicitly attacked the Catholic Church’s lucrative practice of selling papal indulgences that promised individuals they could purchase absolution from their sins and hasten their way into heaven.

This was far more than a simple critique of the indulgence trade. Luther challenged the Church’s overall authority. Over the next century, Luther’s ideas seeded upheavals and transformed the Western world by diminishing the Church’s power and introducing new spiritual possibilities for everyone.

In researching our book, “The Spiritual Virtuoso,” we found Luther’s personal life and spiritual practice played a key role in shaping his message and drawing enthusiastic support from ordinary people.

Luther had once been a friar in the strict monastic Order of St. Augustine. The head of the order, Johann von Staupitz, however, believed that Luther could serve God better if he were no longer isolated from the larger society.

Staupitz arranged for Luther to pursue doctoral studies and join the University of Wittenberg as a professor of biblical theology. When Luther posted his theses, he was both an ordained priest and a professor.

Luther’s students were among the first to respond enthusiastically to his message that all Christians were equal in God’s eyes and could reach heaven based on their own faith. His students also believed that they had the moral obligation to share their new understanding, so that more people could benefit from it.

They spoke of reforming the church to members of the growing urban middle classes. They reached out to townspeople by translating the Latin Bible into vernacular German and encouraging education for men and women alike.

As the movement built up, guildsmen, merchants and aristocrats came to share Luther’s vision of an authentic, incorruptible Church grounded in spiritual equality. Prince Fredrick the Wise, the University of Wittenberg’s founder, became one of Luther’s early advocates and other princes provided him with political protection and financial help.

Life as a monk 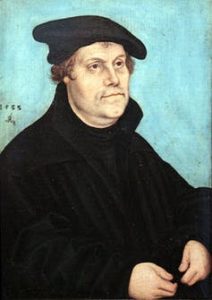 However, it was not just Luther’s ideals that contributed to his success. We found that it was also his personal story of spiritual renewal that added to his extraordinary appeal.

As the German states became more urban, more commercial and more affluent, the old social order was disrupted and the Church increasingly removed itself from its members’ daily dilemmas.

At the time, Luther, following the wishes of his father, was pursuing law. However, dismayed by an increasingly materialistic society, he abandoned his legal studies to enter the friary of the Augustinian hermits.

Luther remained a monk for nearly 20 years. During his early years in the monastery, Luther obsessed about his personal failings and sins and worked hard to excel as a monk. Beginning his day at 3 a.m., Luther tried to purify himself through practices like fasting, confession, reading scriptures late into the night and silently praying at almost every moment.

For penance, he fasted to the point of emaciation and would even strike himself with a whip.

We call Luther a “spiritual virtuoso” because he completely devoted his life to religious study and practice. His intense commitment to spiritual perfection resembled the perseverance of outstanding virtuosi in fields like music, athletics or dance.

During his career, Luther wrote thousands of sermons and pamphlets, composed hymns, preached every week and engaged in tireless work on behalf of the emerging Protestant churches.

Over a century ago, the German sociologist Max Weber thought about hermits’ and monks’ isolation, self-denial and intense dedication and defined their absolute commitment as a kind of virtuosity.

Spiritual virtuosi devote themselves to comprehending and enacting a higher spiritual purpose. They are willing to sacrifice their earthly comforts and pleasures in order to reach unity with God or another higher power.

The essence of spiritual virtuosity is personal humility. To that end, virtuosi tend to be reluctant leaders. Because of their unease with worldly power, they are wary of having themselves confused with the message. Luther was not interested in leading a social movement or reaping material rewards. What he wanted to do was to serve God and bring God’s word to others.

It was the students in Luther’s movement, and the clergy who supported them, who became the key activists and organized widespread support in Wittenberg, Basel and other university towns. We call them “virtuosi activists.” Luther himself preached, lectured and debated, but he was not much troubled with strategy or organizational tactics of organizing a movement.

In 1530, when the emerging Protestant movement presented its profession of faith to the German emperor in Augsburg, Luther played a minor role and did not even attend the conference. Luther’s central goal was to show people how to reach toward God through personal faith. 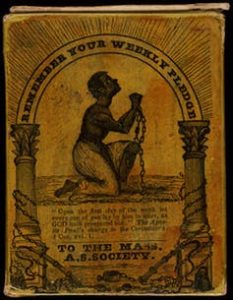 Side of collection box of the Massachusetts Anti-Slavery Society that served as a collection box for contributions to the Abolitionist cause. Beinecke Rare Book & Manuscript Library, Yale University via Wikimedia Commons.

The Protestant Reformation was the first significant social movement in modern history that was organized by activist spiritual virtuosi. Since then, other social movements have built upon Luther’s ideals of spiritual equality.

In the 19th century, the American anti-slavery movement, for example, emphasized spiritual equality of everyone before God, not just white Christians. The 20th-century human potential movement, building on the earlier work of spiritual equality, focused on the immense potential in each person and the importance of communicating directly with a higher power in many different ways.

Today, smaller contemporary virtuosi activists continue to enact and expand the ideas. We believe groups like the Sojourners’ community and the Sanctuary movement are examples of such work, for they spread faith in spiritual equality.

The rebellion against the Roman Church was wholly unanticipated and succeeded against all odds. In showing new spiritual possibilities, Luther also showed us one way to bring about social change.