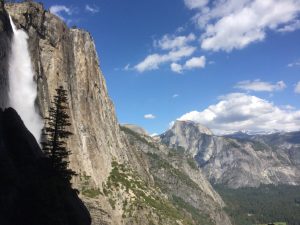 Trees are dying across Yosemite and Yellowstone national parks. Glaciers are melting in Glacier Bay National Park and Preserve in Alaska. Corals are bleaching in Virgin Islands National Park. Published field research conducted in U.S. national parks has detected these changes and shown that human climate change – carbon pollution from our power plants, cars and other human activities – is the cause.

Research in U.S. national parks contributes in important ways to global scientific understanding of climate change. National parks are unique places where it is easier to tell if human climate change is the main cause of changes that we observe in the field, because many parks have been protected from urbanization, timber harvesting, grazing and other nonclimate factors. The results of this research highlight how urgently we need to reduce carbon pollution to protect the future of the national parks.

Human-caused climate change has altered landscapes, water, plants and animals in our national parks. Research in the parks has used two scientific procedures to show that this is occurring: detection and attribution. Detection is the finding of statistically significant changes over time. Attribution is the analysis of the different causes of the changes.

Around the world and in U.S. national parks, snow and ice are melting. Glaciers in numerous national parks have contributed to the global database of 168 000 glaciers that the Intergovernmental Panel on Climate Change (IPCC) has used to show that human climate change is melting glaciers. Field measurements and repeat photography show that Muir Glacier in Glacier Bay National Park and Preserve in Alaska lost 640 meters to melting from 1948 to 2000. 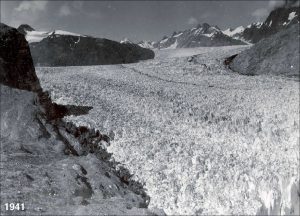 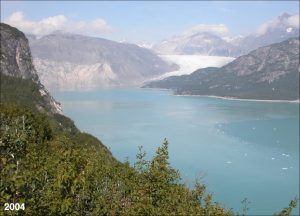 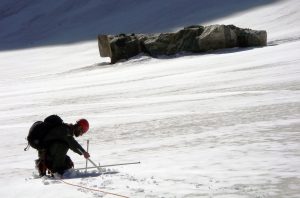 Climate change is raising sea levels and heating ocean waters. Golden Gate National Recreation Area in California hosts the tidal gauge with the longest time series on the U.S. West Coast. That gauge has contributed to the global database that the IPCC used to show that human climate change has raised sea level 17 to 21 centimeters in the 20th century. Measurements of sea surface temperatures by ocean buoys in Buck Island Reef National Monument, Channel Islands National Park, and Virgin Islands Coral Reef National Monument have contributed to a global database that IPCC has used to show that human climate change is heating surface waters at a rate of 1.1 ± 0.2 degrees Celsius per century.

On land, climate change is shifting the ranges where plants grow. A global analysis that colleagues and I published in 2010 found that, around the world, climate change has shifted biomes – major types of vegetation, such as forests and tundra – upslope or toward the poles or the Equator. This type of research requires long-term monitoring of permanent plots or reconstruction of past vegetation species distributions using historical information or analyses of tree rings or other markers of the past. In the African Sahel, I uncovered a biome shift by hiking 1,900 kilometers, counting thousands of trees, reconstructing past tree species distributions through verified interviews with village elders and counting thousands of trees on historical aerial photos.

Wildlife is also shifting. In Yosemite National Park, scientists compared the species of small mammals they captured in 2006 to the species originally captured along an elevation transect from 1914 to 1920 and showed that climate change shifted the ranges of the American pika and other species 500 meters upslope. Across the United States, the Audubon Society organizes its annual Christmas Bird Count in numerous national parks and other sites. Analyses of bird species results from 1975 to 2004 and possible local causes of changing distributions found that climate change shifted the winter ranges of a set of 254 bird species northward. Examples include northward shifts of the evening grosbeak (Coccothraustes vespertinus) in Shenandoah National Park and the canyon wren (Catherpes mexicanus) in Santa Monica Mountains National Recreation Area. 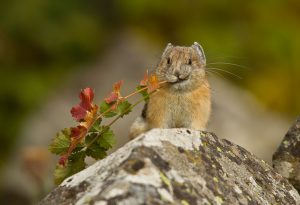 Research in Yosemite National Park has documented a move of pikas to higher elevations as temperatures have risen. National Park Service/Flickr

Climate change is driving wildfires in and around many national parks in western states. Fire is natural and we need it to periodically renew forests, but too much wildfire can damage ecosystems and burn into towns and cities. Field data from 1916 to 2003 on wildfire in national parks and across the western U.S. show that, even during periods when land managers actively suppressed wildfires, fluctuations in the area that burned each year correlated with changes in temperature and aridity due to climate change. Reconstruction of fires of the past 2,000 years in Sequoia and Yosemite national parks confirms that temperature and drought are the dominant factors explaining fire occurrence.

Climate change is killing trees due to increased drought, changes in wildfire patterns and increased bark beetle infestations. Tracking of trees in Kings Canyon, Lassen Volcanic, Mount Rainier, Rocky Mountain, Sequoia and Yosemite National Parks has contributed to a database that revealed how climate change has doubled tree mortality since 1955 across the western United States.

When the U.S. Congress established the National Park Service a century ago, it directed the agency to conserve the natural and cultural resources of the parks in ways to leave them “unimpaired for the enjoyment of future generations.” By altering the globally unique landscapes, waters, plants and animals of the national parks, climate change challenges the National Park Service to manage the parks for potential future conditions rather than as little pictures of a past to which we can no longer return. 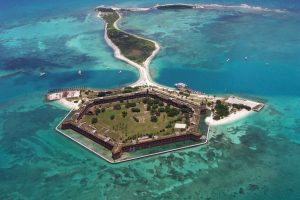 Continued climate change is not inevitable. It is in our power to reduce carbon pollution from cars, power plants and deforestation and prevent the most drastic consequences of climate change. In the face of climate change, we can help protect our most treasured places – the national parks.