Nero: had a reputation as an arsonist even in antiquity. Wikimedia Commons

If asked to think of a single individual who epitomises the decadence, destruction and debauchery of Ancient Rome, the name Nero would surely be on many people’s lips.

Attaining power in A.D. 54 at the tender age of 16, over the next 14 years Nero allegedly murdered his two wives, his mother, and his aunt while also marrying two different men and sleeping with his mother and a Vestal Virgin.

As if these sexcapades and murders weren’t enough to keep the youthful emperor busy, he is also supposed to have set fire to Rome, played (or fiddled) while the city burned, and then blamed the Christians in order to deflect attention from himself. The image of the capricious and crazed Nero is immortalised in films and TV series such as Quo Vadis and I, Claudius, not to mention in the computer software Nero Burning ROM. 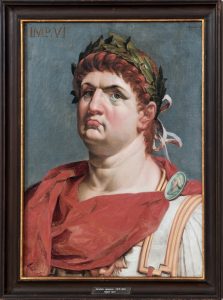 But are any of these stories that feed our popular conception of the emperor Nero actually true? We’d like to tackle two of the most pervasive misunderstandings about Nero’s reign – that he was responsible for setting fire to Rome and that he had a sexual relationship with his mother, Agrippina the Younger.

These tales can be found in our ancient historical sources (all of which were written at least a generation after Nero’s death) but should not be taken at face value. This is because they are reported by sources as rumours, rather than facts.

Did Nero set fire to Rome?

Nero had a reputation as an arsonist even in antiquity, with rumours that he started the Fire of Rome in A.D. 64 appearing in the histories of Tacitus and Cassius Dio and the biography of Nero by Suetonius. While most scholars now agree that Nero was not responsible for the fire, the modern-day rumour mill (as represented by the Internet) is loath to exonerate the emperor.

There are two reasons usually given for why Nero set fire to Rome. The first is that he was a mad megalomaniac who burned down the city simply because he could. There is a story told by Suetonius that when a man said to Nero, ‘When I am dead, let the earth be consumed by fire’, the emperor replied, ‘No, while I live!’ 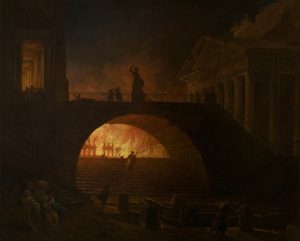 If we examine our historical accounts closely, the only evidence for Nero the arsonist comes from rumour and hearsay. This is freely admitted by the historian Tacitus: even though Nero was out of Rome when the fire started, a rumour spread that the emperor had sung of the destruction of Troy from his palace stage.

Cassius Dio describes chaos in the streets as the fire took hold, as people ran about asking each other how the blaze started. In such a desperate situation, without reliable channels of information, it is easy to see how rumours could start.

Did Nero commit incest with his mother?

Nero has not only earned an undeserved reputation as an arsonist, but also as an incestuous deviant. His alleged sexual antics with his mother Agrippina have earned him a place on a list of the “most sexually depraved things Romans ever did” and in news stories about his “pleasure palace”. As with the story of the Fire of Rome, this image of Nero derives solely from ancient rumours, not from facts. 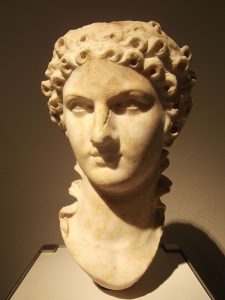 Agrippina the Younger from Stuttgart.Wikimedia Commons

The Roman people loved to speculate about the emperors and their sex lives. One story involves Nero and his mother being carried through Rome in a litter (a portable couch concealed by curtains), only for the emperor to emerge with suspicious stains on his clothes. People started to whisper that the pair had been doing more than reviewing imperial legislation behind the curtains.

Even more scandalous was the fact that the emperor took a mistress who turned out to be the spitting image of his mother – a situation which got tongues wagging throughout Rome.

These rumours can be explained as responses to an unusual political situation. Nero was only 16 when he was acclaimed emperor, and his mother Agrippina asserted herself as the emperor’s guardian by appointing men loyal to her in key positions. Her extraordinary influence is demonstrated by contemporary coins with busts of both the emperor and his mother on the “heads” side. This coin made Agrippina look like she was Nero’s equal.

Agrippina’s unprecedented position was the subject of continual speculation throughout the city of Rome, according to Cassius Dio, because the people could not obtain accurate information about affairs inside the palace. Without reliable information, rumours spread based on cultural preconceptions: in the Roman world, it was believed that a woman could not exert political power unless it was gained by underhanded or immoral means.

One particularly pervasive rumour developed after Agrippina began to lose influence over Nero, as he began to pay more attention to his comely courtier Poppaea Sabina. Agrippina allegedly dressed herself up to the nines and propositioned her son as he lay in a drunken stupor after a long liquid lunch.

Whether this actually occurred, now, or whether it was invented to fit their character, I am not sure.

The fact that our ancient historians do not believe such tales should give us pause.

The purpose of rumour

Sociological studies of rumours have shown that they develop in situations when people do not have good information to explain current events. The rumour that Nero started the fire of Rome can be explained as an attempt by people to make sense of a confused, traumatic situation during which little or no official information about what actually happened was available.

The sight of the Domus Aurea being built so soon after the fire undoubtedly fanned the flames of rumour, pointing the finger at the emperor himself. The same point can be made about Nero’s alleged incestuous relationship with his mother. The stories about the sexual relationship developed as a way of explaining both Agrippina’s extraordinary power and prominence as well as her fall from favour.

Our ancient sources are clear about the fact that they are reporting rumours and innuendo. Suetonius, the biographer of Nero, reports that the emperor was merely thought to have desired his mother, but was persuaded not to act on his feelings. Similarly Tacitus reveals that, while some believed in the rumour that Nero started the fire, there were also those who did not.

If our ancient authors knew these stories were just rumours, why did they record them? There are various reasons for this. There was certainly a tradition in ancient historiography of reporting different versions of events and allowing the reader to make up their own minds. The stories are also very entertaining: we should never forget that these histories and biographies were designed to bring pleasure to their readers.

Finally, the salacious rumours served a political purpose. An emperor’s sex life was not simply juicy gossip for the masses: his private peccadilloes were believed to reflect the character of his government. Rumours, even if ultimately untrue, helped to define the expectations of a good emperor in the minds of the readers.

Slightly different motivations underlie the circulation of these rumours about Nero as facts in the modern world. They are enjoyable and entertaining to read, appealing to our cultural preconceptions of ancient Rome and its emperors as corrupt and morally bankrupt.

But perhaps most significantly, they enable us to impose a moral distance between ourselves and our ancient forebears. Making the past seem strange and unfamiliar helps to forget that the same problems still exist in the present.