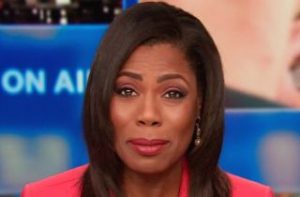 You will not believe what Omarosa just said. Seriously. You won’t.

The Trump loving diva took part in a yuuuge election special by Frontline that will be airing next week. A clip was released on Thursday that shows devotees of the GOP nominee explaining when they thought he decided to launch a bid for the presidency.

The consensus was clear: The White House Correspondents Dinner in 2011.

Omarosa and Roger Stone both agreed that this was the night that triggered Trump’s presidential campaign. The White House Correspondents dinner was a traumatic experience for poor Donald. After months of peddling his “birther” bullsh*t, Obama struck back in his speech and absolutely shredded Trump.

Stone believes that this convinced Trump to “show them all” by running for president himself. Omarosa said she remembered the president “hammering” the billionaire bully and she thought to herself, “Oh, Barack Obama is starting something that I don’t know if he’ll be able to finish.”

Then, Omarosa went completely off the f*cking deep end.

“Every critic, every detractor, will have to bow down to President Trump. It’s everyone who’s ever doubted Donald, who ever disagreed, who ever challenged him. It is the ultimate revenge to become the most powerful man in the universe.”

Yes, she actually said this. No, this is not satire. Yes, this is real life. These words honestly came out of this woman’s mouth.

When you pick your jaw up off the floor, you can watch the clip for yourself, here: