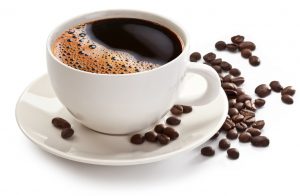 Cup of coffee via Shutterstock.

Since 1991, coffee has been saddled with the label, “possibly causes cancer.” As of June 15, coffee got a clean bill of health.

The International Agency for Research on Cancer – or IARC – is the WHO agency that evaluates evidence and scientific research on cancer. In 1991 the agency classified coffee as a category 2B carcinogen, which, in effect, labeled it as “possibly causing cancer” in the human bladder.

Twenty-five years later, another IARC group of scientific experts met to assess the body of published scientific literature on whether coffee can cause cancer. This working group, including 23 experts drawn from around the world, and seven observers, met May 24-31, 2016 to evaluate the carcinogenic effects of “coffee, mate, and very hot beverages.”

This time, based on the available scientific literature, the expert group decided that the weight of evidence supported a downgrading in the classification. As of June 15, 2016, coffee is now considered in Group 3, or “not classifiable as to its carcinogenicity to humans.” For coffee lovers, this is reassuring news.

How does IARC evaluate whether something causes cancer?

Some substances that IARC has classified as Group 1 (carcinogenic) are not terribly surprising. The list includes, for example, arsenic, formaldehyde, diesel engine exhaust and tobacco.

For this reevaluation, IARC experts had access to over 1,000 studies, and the combination of evidence did not add up to “possibly causing cancer.” In its report, the 2016 IARC Working Group stated that the previous association between drinking coffee and bladder cancer could have been due to inadequate control for tobacco smoking in the previous studies.

Now that an international team of experts has lessened our concerns about coffee drinking and cancer, are we in the clear?

Bonus: Coffee is good for you 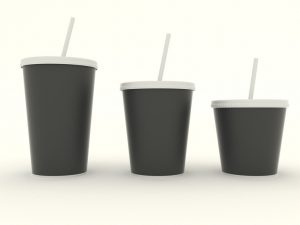 Cups of coffee via Shutterstock.

More than half of adults in the United States drink coffee every day – three cups on average.

Though the definition of “moderate” varies among studies, we are typically talking about 3-5 cups per day. And though a standard cup is 8 ounces, keep in mind that in most coffee shops, a small cup is 12 ounces. A generic 8-ounce cup of coffee has on average 108 mg of caffeine. But the amount can vary depending on the strength of the brew and size of the serving. The Mayo Clinic says that up to 400 mg/day of caffeine (4 cups) is just fine for most healthy adults.

Much of the latest research on coffee is coming out of the Harvard School of Public Health, which reports that moderate coffee consumption is associated with numerous health benefits.

Arguably the most pragmatic health outcome measurement is death, which holds true if the substance is coffee or, indeed, any other substance. On this front, a 2014 and a 2015 meta-analysis (a large statistical analysis that pools data from multiple studies) both showed that moderate coffee consumption was associated with a reduced risk of death from all causes.

Other meta-analyses have shown a reduced risk for serious diseases, including stroke, heart failure, Type 2 diabetes and Parkinson’s disease.

What about cancer, though? Here meta-analyses have also shown that drinking coffee is associated with a reduction in overall cancer incidence, and is especially beneficial in reducing the risk of liver cancer (and managing liver disease). In IARC’s 2016 evaluation, the Working Group stated that the evidence suggested that coffee had no carcinogenetic effect on breast cancer, pancreatic cancer and prostate cancer. They went on to note that coffee had a beneficial effect on uterine endometrium cancer and liver cancer.

And though coffee was once a no-no for pregnant women, obstetricians now say it is safe for pregnant women to have about 200 mg of caffeine per day. This amounts to a 12-ounce cup of coffee. As such, there is no need for a pregnant woman to switch to decaf if she keeps her consumption to only one cup a day. Although it’s worth noting that drinking more could be troublesome. The data are conflicting about whether high caffeine consumption (greater than 200 mg/day) increases the risk of miscarriage.

While it’s becoming clearer that moderate daily coffee consumption can be considered to be healthy, the reasons for its health benefit aren’t so clear. Harvard researchers suspect it’s not the caffeine, but rather coffee’s antioxidant and anti-inflammatory compounds.

What if my coffee is ‘very hot’?

Here’s an interesting nuance: IARC says it’s fine to drink coffee, but only if it’s not too hot. And by this they mean under 149 degrees Fahrenheit. A “very hot beverage” has a Group 2A classification, meaning that it is “probably carcinogenic.”

This is thought to be due to the hot beverage’s damaging effect on cells in the esophagus. In effect, it acts as a tumor promoter. However, this research finding relates to mate, which is traditionally consumed at burning hot temperatures with a metal straw. It’s not really an issue for coffee, which is usually consumed at about 140 degrees Fahrenheit in the United States. So unless the coffee feels burning hot on your lips, no need to cool down your coffee.

Coffee is not great for everyone, of course. Heavy caffeine use (more than 500-600 mg day) can have side effects like insomnia, nervousness, restlessness, irritability, stomach upset, fast heartbeat and muscle tremors. And some people are much more sensitive to caffeine than others, and these side effects may occur with just a little bit of caffeine. Because of this, a risk/benefit analysis may indicate it’s more risky than beneficial for people with health concerns like anxiety disorders, or who are taking certain medications.

If you are like me and you love your coffee, then the best available advice seems that we continue to indulge our thirst – in moderation, of course – but cut back if and when the coffee begins to disagree with you. And, talk to your doctor about any health concerns you may have.