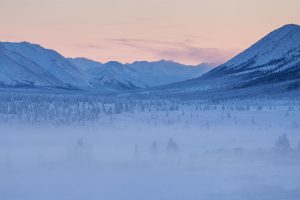 To work out how the climate has changed over time, climate scientists need long-term records. 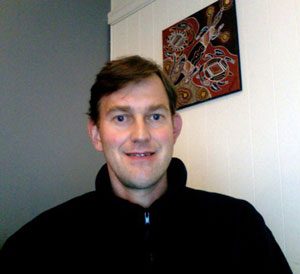 To get a more convincing assessment of a statement such as a regular occurrence of Frost Fairs on the River Thames we need sources that include records of frost dates, droughts, famine, the freezing of lakes, ponds and rivers, duration of snow and sea ice cover, and the dates of flowering of plants. Combined, these historical records can provide insight into past climate conditions. Documentary evidence is, however, generally limited to regions with long literary traditions, such as Britain and parts of Europe, China, and to a lesser extent North America. In addition ship’s logs from Spanish, Dutch and English ships crossing the World’s oceans from the 16th through 20th centuries provide new insights into weather patterns and how these change over time (see CLIWOC project and podcast interview with Dennis Wheeler).

Accounts, artistic depictions, and photographs of advancing and retreating mountain glaciers during recent centuries provide evidence of climate change on more recent timescales. Famous examples are the retreat of the Rhône and Grindelwald glaciers in the Swiss Alps. Eyewitness accounts of extreme weather events such as storms or droughts combined with information about famine can also be used to assess the impact of climate fluctuations on societies. 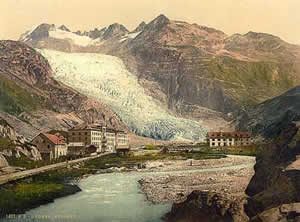 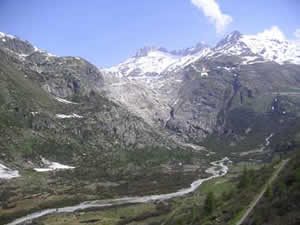 In addition, natural disasters such as the eruption of volcanoes can provide valuable information in assessing the nature of climate change. A famous example of such an event is the eruption of the Laki volcano in Iceland in 1783 which caused a dry, sulphurous fog in Europe, blocking the sun and depressing temperatures. However, some of this type of evidence is anecdotal. So, how do we make documentary evidence more reliable and how do we reconstruct past climates when there are no written records available at all?

To work out how the climate has changed over time, climate scientists need long-term records. Historical records do not provide this, and that is why other indicators such as growth bands in trees, deposits in lake beds, ice cores and dating peat layers provide such valuable evidence. These sources are called “proxy” or indirect data. Here is a selective overview of the proxy data used for climate and environmental reconstruction. Here we will discuss:

Located high in mountains in glaciers and deep in polar ice caps, such as on Antarctica or Greenland, ice has accumulated from snowfall over many centuries. Glacial ice contains dust, air bubbles, or isotopes of oxygen that can be used to interpret the past climate at the time the snow fell and formed the ice. The thick layers of ice that accumulated over thousands of years provide a convincing summary record of the past global climate and scientists drill deep into icecaps to collect ice cores in order to obtain this data. Two well known examples of such ice core projects are the Greenland Ice Core Project and the Vostok Ice Core Project in Antarctica. Both cores provide climate data for tens of thousands of years. 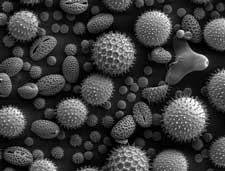 Pollen from a variety of plants / Photo by the Dartmouth College Electron Microscope Facility, Wikimedia Commons

Palynology is the analysis of fossil pollen and is used to reconstruct long run changes in vegetation and climate. Each species of plants produces pollen grains, which have a distinct shape. These shapes can be used to identify the type of plant from which they came. Since pollen grains rarely rot, they are well preserved in the sediment layers that form at the bottom of a pond, lake or in blanket peat. An analysis of the pollen grains in each layer can tell us what types of plants were growing when the sediment was deposited and then inferences can then be made about the climate based on the types of plants found in each layer. Pollen can also be used to determine human impact on environments such as deforestation or the extent of agriculture by counting the number of tree or cereal pollen in a sample.

Raised or drowned beaches are former beaches located above or below present day sea levels and are formed when sea levels drop or rise, or when land levels rise or fall. This may be caused by the formation and melting of extensive ice sheets during and after a major glaciation (ice age). The disappearance of ice sheets also resulted in a so-called glacial rebound, that is, a springing back of land after the weight of the ice had been removed by melting. This happened in Scotland and Scandinavia. The dating of raised beaches can tell us something about the climate on earth and related sea level changes. Fossil coral reefs stranded on top of islands can also be used for the same purpose.

Corals build their hard skeletons from calcium carbonate, a mineral extracted from seawater. The carbonate contains oxygen and the isotopes of oxygen, as well as trace metals, that can be used to determine the temperature of the water in which the coral was formed as well as the composition of the atmosphere at a certain time. These indirect temperature recordings can then be used to reconstruct climate during the period of time that the coral lived. 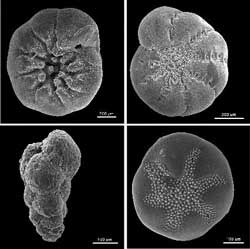 Billions of tons of sediment accumulate on the ocean floor and in lake basins each year. Ocean and lake sediments consist of biological and other materials that were produced in the lake/ocean or that washed in from nearby land. These materials are deprived of oxygen and are thus preserved as tiny fossils and chemicals in the sediments and can be used to interpret past climate. Scientist drill cores of sediments buried below the ocean floor in order to get a sequence of changing climate over time. The most important fossils are shells from so called forams (foraminiferan), tiny creatures living in the worlds oceans that produce shells which sink to the ocean floor after the creatures die. There are different types of forams living in water of different temperature. Particular forams found in different layers are a measure of the temperature at a certain time. The carbon and isotope content of the form shells provides information about the composition of the atmosphere in the past. 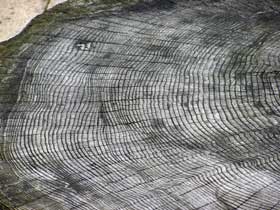 Dendrochronology or tree-ring dating is the method of scientific dating based on the analysis of tree ring growth patterns. Since tree growth is influenced by climatic conditions, such as temperature and precipitation, patterns in tree-ring widths, density, and isotopic composition reflect annual variations in climate. In temperate regions where there is a distinct growing season, trees generally produce one ring a year, and thus record the climatic conditions of each year. Trees can grow to be hundreds of years old and so contain annual records of climate conditions.

Environmental and climate historians often use additional sources, called proxy data, to complement the written documents that conventional historians rely on. These can all be used in different ways to put together a complete picture of the historical climate puzzle. Proxy-data records changes over time as a result of the environmental interactions between nature and culture. Historical documents and cultural artefacts contribute to an understanding of change in human societies. Taken together, proxy-data, artefacts and documents combined tell us more about the past interaction between environment and culture than either could do alone. For this reason, historians who want to understand the relationship between climate and culture in the past must collaborate with specialists from other disciplines including archaeology, anthropology and the natural sciences.

Whatever source you are using you must keep in mind that both written and proxy records all have their problems: tree rings can reflect the effects of rainfall as well as temperature, for instance. The uncertainties also become greater the further back you go in time, as the evidence becomes sparser and in some cases there is no data at all.

There are dozens of temperature reconstructions for the northern hemisphere that go back beyond 1600. All these studies suggest there was a period of unusual warmth from around AD 900 to AD 1300, the so called Medieval Climate Optimum followed by a colder period called the Little Ice Age.