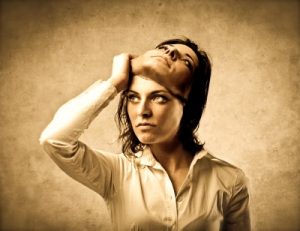 When writing this piece I was asked to think in terms of recycling rather than producing something new, the usual obligation of academics writing for publication. It made me think. Put simply, facial transplantation can be seen as the recycling of faces, a scenario reminiscent of John Woo’s film, ‘Face/Off’. The facial mask and connecting corporeal material is removed from a dead person. The material is then transported and surgically reconnected to the body of another human. Since the first partial transplant in France (2005) over 20 of these experimental transplants have been conducted across the globe in, for example, France, America, China, Spain and Turkey. Years of research have gone into developing this highly complex set of surgical procedures, made possible by developments in immunosuppressant drugs.

Transplantation has so far been reserved for those with the most extreme facial ‘disfigurements’ who fit the corporeal and psychological criteria. The procedure has been described by surgical teams as quality-of-life enhancing, rather than life saving, a desire that has, in some cases, been underpinned by biomedical conceptions of disability. There is some disagreement about whether prospective patients can give truly informed consent at this early stage in the history of such surgery, especially as immunosuppressant drugs can shorten life even when used correctly. Concerns about recipient and patient anonymity have also been raised as most recipients so far have been subject to media scrutiny. Furthermore, there have been concerns about the likelihood of the recipient looking like the donor, though these have been quashed by surgical teams.

Nonetheless, some clinical and ethical authors have suggested that identities are located either corporeally within or on the outer surface of the face, so that when transplantation occurs, identity transplantation will follow.

As part of the literature review for my PhD research on the subject, I read 60+ transplant papers, on subjects ranging from surgical procedures to ethical discussions, and a number of themes emerged.

Scholars writing on the subject agree that faces are deeply significant for humans on numerous levels – from the individual to the social – though little anthropological evidence has so far been produced with the goal of exploring this idea in depth. Though some ‘disfigurement’ and transplant authors refer to ‘the face’ (Lantieri, 2012, p.250) as a given, there is no single or ubiquitous definition of the term (Levinas, cited in Critchley et al., 2002), nor, apparently, are there any intrinsic or universal values attached to faces (Perpich, 2010, p.185). Despite this caveat, however, definitions of face generally incorporate notions of façade, personhood, agency, interaction and cognisance (Perpich, 2010), which thereby involve identification, appearance, self and other, activity and constraint.

It is no surprise that these phenomena are also embedded within definitions of embodiment (Merleau-Ponty, 1962; Csordas, 1994), or that they are reflected in my primary research findings. Faces also play diverse roles in social reproduction, for example by enabling the self to be protected during ritualistic and potentially dangerous transitional ceremonies. Anthropologists (Lévi-Strauss, 1963, cited in Pollock, 1995) and Egyptologists (Sorrel, 1973, cited in Tseelon, 2001), for example, have found evidence of facial masks being worn during ritual ceremonies or after death in order to protect the wearer from harm and to provide safe passage from one transitional status to the next. 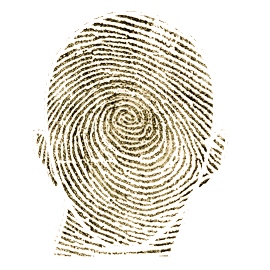 Faces have also been ‘read’ to allay fears by providing information on the character of unknown others during periods of rapid social upheaval, such as the move from countryside to towns and cities during the industrial revolution in Britain (Giddens, 1991). During this period the pseudo-sciences of physiognomy and phrenology became popular (Twine, 2002; Popovic, 2007) as people tried to reduce their ontological insecurity (Giddens, 1991) by trying to make sense of the moral character of unknown neighbours and work colleagues. Finally, faces have been utilised to justify economic and political inequality, or to subvert it. Drawing on Deleuze and Guattari’s concept of faciality (1987, p.168), Benson (2008) has illustrated how the faces of migrant farm labourers in Brazil have been associated with a kind of moral dirt by powerful elite groups. The association, which is perpetuated by the print media, not only dehumanises them but also helps to keep their wages low and working conditions poor, thereby enhancing the profit margins of large farming conglomerates and keeping the price of exported produce low for the US market.

On the other hand, on the basis of 13 ethnographic narrative interviews conducted with facially ‘disfigured’ adults in Britain I have found that identities are not located within or on the outside of faces, so they cannot be transplanted between humans. Facial recognition is not the same as identity, as some transplant papers seem to imply (Modgil, 2011), and as my participants’ stories revealed. Boas (1966, cited in Pollock, 1995) found when studying the Kwakiutl that not just the face but the whole body was considered important in enacting and displaying ritualised identity transformation. My conclusions echo this finding.

So, where does this leave us? Faces carry a special societal and individual significance; however, it is the whole person that is meaningful to identity creation and shift, not just the face.

The extent to which the participants I interviewed were able to successfully negotiate revised embodied identities was influenced by the cause and context of the ‘disfigurement’, the extent of corporeal disruption and the extent to which the person was able to recognise their body-self, both performatively and visually, during the continued aftermath of transfigurement. I would like repeat the research with people who have undergone a facial transplant, to explore the participants’ initial experiences of identity shift. I predict that their life experiences will also be significant in the creation and recreation of embodied identities over the life course. We do tend to recognise each other through facial familiarity, but our faces do not define us as we move through life, nor should they be allowed to.

GIDDENS, A. (1991) Modernity and Self-Identity. Self and Society in the Late Modern Age., Cambridge, Polity.