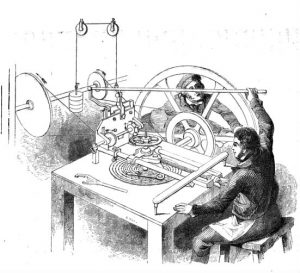 Choose a job you love, and you will never have to work a day in your life. –Confucius

This month will see more than half a million adults lose their Supplemental Nutrition Assistance Program (SNAP) benefits. Lower jobless numbers have prompted the federal government to discontinue waivers that states need in order to extend this aid to long-term unemployed. In Pennsylvania and Arizona, for example, childless, able-bodied people aged 18 to 49 will now get a mere three months’ assistance. In Alabama and elsewhere in the South, hard-luck cases may expect three weeks’ help every three years. After that, nothing. The idea is, apparently, that if you can’t lock down one of the part-time, low-wage jobs the current economic “recovery” has created, you’d do well simply to starve.

How did this become an acceptable solution? 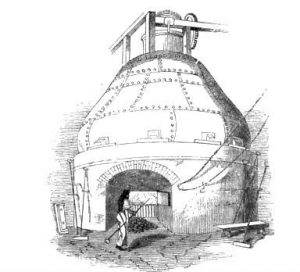 “But we do not want to wait for the poor to get into prison to save them, but to use proper means while they are free members of society; and they are — attention to food and drink, exercise, education, music and morals, combined with steady industry. Holidays and free alcohol might well be termed hell’s days.” —From Influence of Food on the Health and Morals of the Poor(1894)

The mindset that contents itself with dooming fellow citizens to hunger was centuries in the making. In 1795, British politicians saw fit to remove certain protections that had existed since the reign of Elizabeth I, striking from the books “poor laws.” These laws, though admittedly imperfect, wove a safety net of sorts. Parishes interpreted freely statutes governing taxation and the distribution of aid. Some established shelters for orphans and the elderly. Others ensured that every pauper received a dignified burial. Patchy yet effective, the “nearly sixteen thousand Poor Law authorities of the country managed to keep the social fabric of life unbroken and undamaged,” as economist and historian Karl Polanyi observed.

“Strikes lasted longer, on the average, in 1980 than in any earlier year. The mean duration of strikes rose to 35.4 days in 1980, the highest since 1927 when these data were first collected. The median duration of these stoppages also set a record at 18 days.” –From Analysis of Work Stoppages, Vol. 2120 (1980)

Yet unbroken and undamaged they were not to remain. This is because such industrial cities as Lancashire and Birmingham, and the mining areas of South Wales and mills of Portsmouth, all needed workers. The demand for workers sparked a revolution that, as Friedrich Engels wrote, “changed the whole of civil society.” The technological and economic changes that happened in Britain between 1760 and 1830 dwarfed those which happened 70 years before. Indeed, it has been claimed that the annual rate of change between those years was higher than any period since the Black Death of the 14th century. The “wonderful progress of manufactures” sped apace — and this progress relied on a large, compliant labor pool. 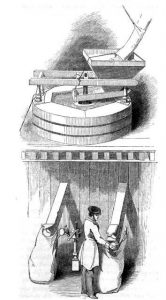 “We have shown that, under the influence of protective legislation, the ignorant miner has shown himself anxious for the education of his children. If we show that, under similar influence, the spendthrift sailor is beginning to provident, we shall have afforded strong evidence of the power of the working class to avail itself of legislative benefits.” –J.M. Ludlow,Progress of the Working Class 1832-1867

Through all of this, British workers remained attached to their parishes. They knew that so long as they stayed with one, they would never starve. When agricultural work dried up, the parish was there; and so lean times seemed less desperately so. But this arrangement also served to starve factories of labor, which in turn impeded free trade. Only an endlessly exploitable labor market guaranteed steady profits, and enough men in high places believed in the promise of the new order that they were determined to violate the old laws.

What was needed to realize the promise of the liberal market was the “scientific and economical” treatment of the poor, as the Victorian social scientist Jeremy Bentham put it. This meant first and foremost satisfying the demands of the free market before those of community. And so the bonds of the community were systematically undermined. First, common lands were enclosed; the fields and forests villagers depended upon to supplement whatever they got from agricultural work were privatized. Then the old laws that promised all who lived in the parish could expect help were repealed. One by one, ancient forms of beneficence disappeared. 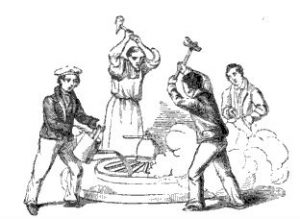 “Choose then, fellow-countrymen, between scarcity and abundance, between much and little, between Protection and Free Trade. You now know which theory is the right one, for you know the fruits they each bear. But, it will be answered, if we are inundated with foreign goods and produce, our specie, our precious product of California, our dollars, will leave the country. Well, what of it? Man is not fed with coin. He does not dress in gold, nor warm himself with silver. What does it matter, then, whether there be more or less specie in the country, provided there be more bread in the cupboard, more meat in the larder, more clothes in the wardrobe, and more fuel in the cellar?” —From What Is Free Trade? An Adaptation of Frederick Bastiat’s ‘Sophismes Économiques’(1867)

“A blind faith in spontaneous progress had taken hold of people’s minds,” writes Polanyi, “and with the fanaticism of sectarians the most enlightened pressed forward for boundless and unregulated change in society.” And things did change. The privation that resulted from the removal of the old forms of charity made factory work appear more remunerative than did agricultural work. Millions of men and women left their ancestral homes for dirty, bustling industrial cities. There they found conditions little better than the ones they had left, but they had neither the means nor the will to go home again.

To economists, this impoverished, helpless mass was a valuable resource in that it was an inexhaustible font of cheap labor. The problem became only that of keeping those workers in a state of immiseration adequate to satisfying the demands of the free market. 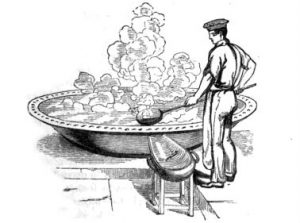 The solution was starvation. In the physiological need for food economists saw an effective mechanism for controlling labor. “Hunger will tame the fiercest animals, it will touch decency and civility, obedience and subjection, to the most perverse,” wrote Joseph Townsend in his 1786 treatiseDissertation on the Poor Laws. Townsend promoted a naturalistic theory of economics and argued against state provision, either outdoor or otherwise. Labor, he stated, could be managed through starvation. “In general it is only hunger which can spurn and goad them [the poor] on to labor,” he wrote. It is “the most natural motive to industry and labor, it calls forth the most powerful exertions; and, when satisfied by the free bounty of another, lays lasting and sane foundations for goodwill and gratitude.”

“Anomic suicide takes place when normative regulations are absent, such as in the world of trade and industry (chronic anomie), or when abrupt transitions in society, such as fiscal crises, lead to a loss in the effectiveness of norms to regulate behavior (acute anomie). —George Ritzer and J. Michael Ryan, The Concise Encyclopedia of Sociology(2010)

This attitude, as inhumane as it seems today, struck many of Townsend’s fellow Victorians as eminently reasonable. And its widespread adoption heralded a new era, one in which countrymen could be categorized not as fellow Britons, but as something subhuman and therefore exploitable. They could be starved for profits, made disposable adjuncts to the market. No longer were they individuals, as they had been in the parish. They became, rather, resources of the state. “The traditional unity of a Christian society was giving place to a denial of responsibility on the part of the well-to-do for the condition of their fellows,” Polanyi writes. This denial of responsibility was seen as practical, an unpleasant necessity carried out for some great and future good. Callous disregard became the basis for an economic model of dismayingly enduring appeal. 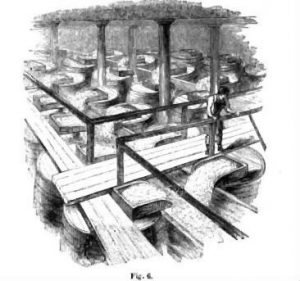 Recipe for Health Bread from Influence of Food on the Health and Morals of the Poor(1894): “To make five loaves of 1 pounds each, add two pints of oatmeal gruel, previously cooked very thoroughly; 3 1/2 pounds of ‘whole or entire wheat flour,’ 1/2 pint of milk, 1 tablespoonful of sugar or 2 teaspoonfuls of New Orleans molasses, 1 teaspoonful of salt, 1 cake Fleischmann’s yeast. Use the oatmeal gruel and milk for wetting the flour. Knead thoroughly. Keep in the bread raiser until the batch has doubled itself in bulk; then form into loaves. Put back into the bread raiser, from thirty to forty minutes. Then bake in the Aladdin oven. The oven must be previously heated for about one hour and a half.”

And it seems that after a brief hiatus in the mid 20th century, we’re back to starving our countrymen and women in the name of the market. Don’t want to drive for Uber? Don’t want to work in a factory for a fraction of the wage your grandparent got? Then starve. Economists tell us only this will make the country more globally competitive. And if global competitiveness means local barbarism, then that’s the price that must be paid. Margaret Thatcher was right when she said society no longer existed. What she didn’t say is that neoliberal politicians had killed it. If we cannot once again understand that people who hold common citizenship should render common aid, the final result will expose even the most fortunate among us to ruin.