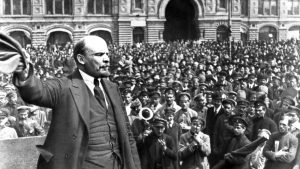 Exploring how events of the Russian Revolution and civil wars were reported within Russia and abroad, and how the press was used to inform, persuade, or even repress, the masses. 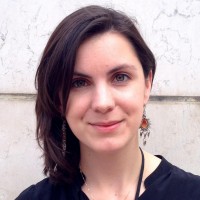 The two Russian revolutions of 1917, and subsequent civil wars, not only caused great political and social upheaval, but also led to substantial changes in the way news was reported and disseminated.

Levels of censorship, attitudes towards the opposition press and the innovative types of media developed by the Bolsheviks all reflected the tumultuous events of this period and the aims and ideas of different political and social groups.

How was news reported during the Russian Revolution?

The February Revolution began on 8 March (Old Style: 23 February) 1917, when over 120,000 people joined anti-war meetings, demonstrations and strikes in Petrograd (now Saint Petersburg). The next day, the number of people in the streets almost doubled and the situation gradually escalated.

Today, social media plays a central role in the spread of information (both true and false) and the organisation of demonstrations and even revolutions. In 1917, news of the meetings and strikes was spread through word of mouth in the factories and pamphlets distributed by the Bolsheviks and other political groups.

After the October Revolution, Izvestiia (News) became the official newspaper of the Soviet Government. Its sister paper, Pravda (Truth), later became the newspaper of the Communist Party of the Soviet Union. As Izvestiia (News) was a popular name for a newspaper, when printers in revolutionary Petrograd walked out of their workplaces and most newspapers did not appear, the Committee of Petrograd Journalists started issuing their own short-lived placards also called Izvestiia to disseminate the latest news. 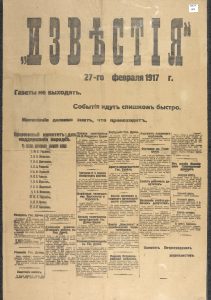 Izvestiia (News) 27 February 1917: A placard issued by the Committee of Petrograd Journalists during the February Revolution / British Library, Public Domain

Tsar Nicholas II abdicated on 14 March (Old Style: 1 March) 1917 and a Provisional government immediately replaced the tsarist Government. One of the new Government’s first acts was to abolish on 17 March (Old Style: 4 March) the Central Administration for Press Affairs, which in effect abolished censorship. A number of socialist papers quickly began to appear, including Pravda.

This period of relative freedom was, however, short-lived. Following the July Days (a spontaneous uprising of soldiers and workers against the Provisional Government) and the perceived growing threat from the Left, the Government re-instated military censorship and closed down many Bolshevik publications.

One of the methods Russia’s liberal press used to document (and criticise) the turbulent events of the February Revolution and its aftermath was satire. Satire had long played a key role in Russian culture and politics, and particularly after 1905, was a staple of the press. Novyi satirikon (New Satiricon), which ran from 1908 until 1918 (initially as Satirikon), was among the most popular satirical papers. 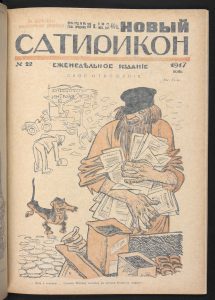 Catering to a largely educated, politically-aware audience, Novyi satirikon’s contributors included some of the most important writers of the time, such as Osip Mandel’shtam and Vladimir Mayakovsky. While Novyi satirikon and other satirical publications like Gazeta kopeika (The Penny Paper) sought to foster patriotism by satirising the enemy during World War One, their focus turned to events inside Russia in the period surrounding the February Revolution.

How did news of the Russian Revolution travel abroad?

The beginning of the revolution in Russia was widely reported all over the world. The Allies, Britain and France, were watching the events in Russia with special interest, as one of the central demands of the masses was to stop Russia’s involvement in the war. The British public had a fairly pictorial coverage of the events in Petrograd through the popular Illustrated London News, which published images taken by British and other foreign reporters.

In the summer of 1917, more foreign journalists travelled to Petrograd to cover the events leading to the October Revolution. Among them were John Reed and Louise Bryant, two American journalists who were sympathetic to the Bolsheviks’ cause. Both Reed and Bryant later published first-hand accounts of this period under the titles Ten Days that Shook the World and Six Red Months in Russia, respectively.

The Bolshevik Revolution divided Western public opinion, provoking admiration and fascination among some, and fear among others. These reactions were reflected in press coverage of the revolution and its aftermath. Western governments, afraid of the spread of Communism and the possibility of revolution on their own soil, took a decidedly anti-Bolshevik stance.

This can clearly be seen in the German satirical magazine Simplicissimus, after a wave of strikes in Germany in January 1918 stoked fears of a Bolshevik-supported revolution. Although revolutions did indeed break out in Berlin and other German cities later in 1918, all German attempts to establish local soviet-style governments ultimately failed. 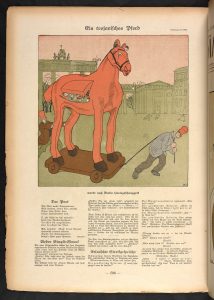 How much freedom did the press have after Russia’s October Revolution?

The October Revolution had profound and immediate effects on the organisation and production of media in Russia. On 9 November (Old Style: 27 October) 1917, just two days after the Bolsheviks seized the Winter Palace, the Council of the People’s Commissars of the Russian Republic (Sovnarkom) issued a Decree on the Press. Signed by Lenin, the decree effectively legitimised the suppression of publications deemed hostile or ‘bourgeois’ by the Bolsheviks.

The Bolsheviks requisitioned printing presses, buildings and paper supplies, strengthening their own newspapers in the process. For the first few months of their rule, many prominent opposition papers, such as the Kadet Party’s newspaper Rech’ (Speech), continued to operate by frequently changing their titles and printing offices. Nevertheless, by July 1918, all opposition publications had been closed.

Following the suppression of the opposition press and political parties, many liberal politicians and journalists (often one and the same) left Russia for cities such as London, Paris, Berlin and Prague. There they established émigré organisations, whose functions included producing and distributing anti-Bolshevik propaganda to turn Western public opinion against the Bolsheviks, and acting as telegraph agencies for anti-Bolshevik armies fighting inside Russia. 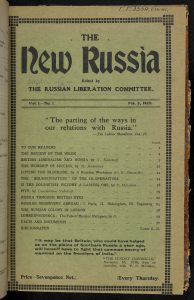 Russians and people of other nationalities of the former Empire who had fled Bolshevism and lived in émigré communities abroad paid a lot of attention to publishing. Newspapers, journals and books in Russian and other languages appeared in Berlin, Paris, Prague, Riga, Harbin, and many other places. 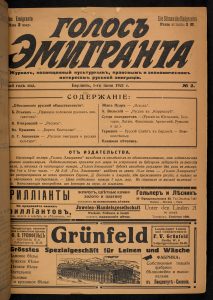 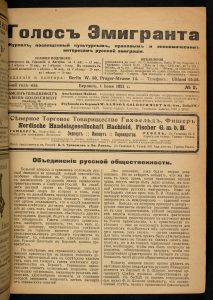 How did the Bolsheviks use media to organise the masses?

As well as taking action to shut down ‘bourgeois’ publications, the Bolsheviks also began to experiment with innovative new ways of organising and communicating with the masses, including wall and ‘acted newspapers’, newsreel, posters, and photomontage.

As early as 1901, Lenin had stressed his belief in the importance of the newspaper, stating: ‘A newspaper is not only a collective propagandist and a collective agitator, it is also a collective organiser’. By the end of 1918, the circulation of Bolshevik papers had increased approximately tenfold since the October Revolution.

Nevertheless, the early Soviet press still faced problems relating to distribution and personnel and paper shortages. Disseminating political propaganda to the rural population was particularly difficult. One way the Bolsheviks dealt with this was by introducing, in 1918, ‘agit-trains’. As well as producing and distributing newspapers and pamphlets, these colourfully decorated trains also contained filmmaking equipment and projectors to bring political films to the largely illiterate peasantry.

During the civil wars, the Bolsheviks faced the challenge of keeping up morale within the Red Army. Special magazines and newspapers for soldiers were produced to spur them to action with propaganda and Bolshevik slogans. 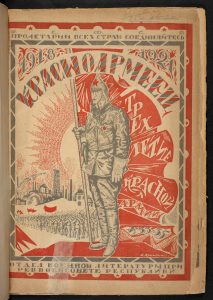 A special issue of the magazine Krasnoarmeets (The Red Army Soldier) dedicated to the third anniversary of the Red Army / British Library, Public Domain

The writer and journalist Isaac Babel wrote for one such paper while working as a war correspondent with the Red Cavalry during the Russian-Polish Campaign in 1920. His short, punchy, eyewitness articles, which were published in the soldiers’ paper Krasnii kavalerist (The Red Cavalryman), were full of violence and served to stir up hatred towards the enemy. Many of the publications, such as this Krasnoarmeets (Red Army Soldier) magazine, also contained caricatures and short lyrics, which would have appealed to soldiers who had poor literacy.