She took the international abolitionist stage during the Civil War. 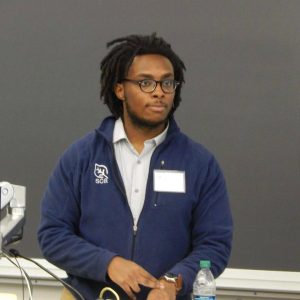 The meaning of the American Civil War has been, and still is, one of the most contentious issues facing the United States today. An aspect of the war that seems to be less spoken about though, was the role of Black women internationally during the Civil War. Wars of the scale of the American Civil War rarely lack an internationalist component. For the already internationalist American abolitionist movement, when the Civil War began in 1861, the abolitionist struggle shifted south with the work of women like Harriet Tubman and Charlotte Forten, but there were still important battles being waged internationally over the war and its meaning.

The Black woman who took the international abolitionist stage during the Civil War was Salem, Massachusetts’ Sarah Parker Remond. After having been in the British Isles for almost two years prior to the war, Remond’s abolitionist tour expressed a stronger sense of urgency, as the war provided a tangible arena for potential ending of slavery. While doing so, she developed notions of performative citizenship. Performative citizenship was an aspirational basis of struggle for realized citizenship based on Black abolitionist women’s proclamations of African-American identities. Those identities were based on economic and intellectual analyses of the central role their race’s plunder played in American economic growth.

Remond saw the problem of what to do with the “four millions of these chattelised human beings” as an issue belonging to both the North and South.[1]  She concluded “the South could not keep them, and the North did not want them. North and South were alike guilty, the one in the possession, and the other in the patronage of slavery, and the unholy alliance between the two, a union that had ever been at variance with the essential principles of truth and liberty.[2]” Remond perceived the war as important in the process of procuring universal emancipation, stating, “a great shedding of blood, but terrible as was war, especially civil war, it were better for them to submit to all the horrors of war than to continue a state of things which, by its very invasion of the Divine order and righteousness, was the root and ground of all the social evils of America.[3]” All of the social evils free Black persons in the United States faced stemmed from the anti-blackness slavery engendered into the psyches of the entire population.

As the war waged on, Sarah Parker Remond continuously told her audiences the war was unequivocally about slavery. In 1862 at the International Congress of Charities, Correction and Philanthropy in London, Remond once again took center stage to plead her anti-slavery case in front of the large British audience. This time however, it was on behalf of a warring nation whose Black population were “in this most important but hopeful hour of their history.[4]” Remond most persuasively rallied sympathetic British whites by numerically displaying the amount of enslaved people she and the Union were fighting to free. Using a data set from a North Carolinian enslaver named Mr. H.R. Helper, Remond counted between North and South, 3,200,304 enslaved people and 424,254 free Black people.[5] Whether or not the numbers were in fact correct, Remond transformed slavery from an abstraction into a more concrete concept through the sheer numerical weight of her figures.She continued her summation of the economic gains gleaned from the lives of the enslaved. According to the New Orleans Delta newspaper Remond consulted, “The cotton plantations in the south are about eighty thousand, and the aggregate value of their annual product, at the present prices of cotton (before the civil war), is fully one hundred and twenty-five millions of dollars.[6]” Remond continued by highlighting the numerous other raw materials American enslaved labor procured, including the tobacco, sugar, and rice that circulated the globe. Her appeal had a special importance in the England, the most important receiver of cotton in the world at the time. She spoke emphatically, noting the importance of her message in contrast to English slaveholding interests, and those of the Confederate States of America who attempted to diplomatically, and even militarily, draw Britain into war and potentially topple its biggest economic rival.

At the London conference, Remond interjected herself into international diplomacy, though on relatively smaller scale than her Confederate adversaries. Remond’s focus upon the economics of slavery was astute because British textile mills and other cotton-based industries depended on the American South. As historian Edward E. Baptist notes, by the time of the Civil War, “the United States had grown into both an empire and a world economic power—the second greatest industrial economy, in fact, in the world—all built on the back of cotton.[7]” Baptist went further by unequivocally stating the American South’s “cotton frontier kept cheap[American] North raw materials flowing to world’s newest and most important industry, the cotton textile factories of Britain, Western Europe, and the [American] North.[8]” Baptist and Remond both noted how central the South’s cotton industry was on the world stage. Remond continued in her elocution of why the British should side with the cause of the enslaved by stating,  “They [Great Britain] manufactured the material which the slaves have produced, and although three thousand miles of ocean roll between the producer and the manufacturer and the operatives, they should call to mind the fact, that the cause of all the present internal struggle, now going on between the northern states and the south, the civil war and its attendant evils, have resulted from the attempt to perpetuate negro slavery.[9]” For decades, African American abolitionists viewed British emancipation and the aid of British abolitionists as a motivating factor to pursue their own freedom struggles. Remond believed though, in the abolitionist underpinnings of the Civil War. As a result, if Britain’s legacy as a beacon of light to an American world dimmed by the darkness of slavery was to continue, British opposition to slavery in this case meant opposing the Confederacy’s aims of continuing and extending the institution.

Economically, the American South and British industrialists were largely already linked, but Remond noted how that relationship should now be questioned. Remond highlighted the contradiction of how “in a country like England, where the manufacturer pays in wages alone ₤11,000,000, and the return from the cotton trade is about ₤80,000,000 annually—where four millions of the population are almost directly interested—where starvation threatens thousands—it is well that the only remedy which can produce desirable and lasting prosperity should receive the moral support of every class—emancipation.[10]” Increased wages in England did not reach those who most catalyzed the wage labor process: the enslaved. Equal prosperity could only be reached firstly through emancipation. The British held influence with the United States to affect such a policy change.

As a representative of her race, Sarah Parker Remond strongly spoke as to why: “no diplomacy of statesmen, no intimidation of slaveholders, no scarcity of cotton, no fear of slave insurrections, prevent the people of Great Britain from maintaining their position as the friend of the oppressed negro, which they deservedly occupied previous to the disastrous civil war.[11]” Continuing the relationship between Great Britain and the oppressed black race of the United States during the Civil War meant staying true to their promise, as Remond saw it. “The negro, and the nominally free coloured men and women, north and south, of the States, in every hour of their adversity, have ever relied upon the hope that the moral support of Britain would always be with the oppressed. The friends of the negro should recognize the fact, that the process of degradation upon this deeply injured race has been slow and constant, but effective. The real capacities of the negro race have never been thoroughly tested.[12]” The enslaved, freemen, and women of America had not received a clear opportunity to develop their intellectual talents because of the rabid anti-blackness that ran rampant in society. Despite enslavement, according to Remond, “they still retain far more of that which is humanizing than their masters.  No such acts of cruelty have ever emanated from the victims of slavery in the Southern states as have been again and again practised by their masters.[13]”

Sarah Parker Remond amplified her voice on behalf of her race while in Great Britain to distill the swirling arguments centered around the American Civil War. Remond displayed an allegiance to her race through performative citizenship because she believed the United States was as rightfully theirs as anyone else. Her speeches were devoted to the Union’s victory, but more importantly that a Union victory would mean the death of slavery. Remond aimed to play a role in making such a world without American slavery possible because she saw her pursuit as one a citizen would make when one believed their nation was in peril. Remond served her race and nation in the role of a Black abolitionist diplomat, and in this role she performed well, and it is well time for us to recognize her for it.