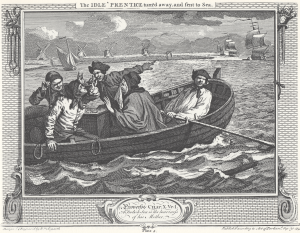 An era of penal experimentation when a commitment to capital punishment vied with proposals to extract value from convicts’ bodies. 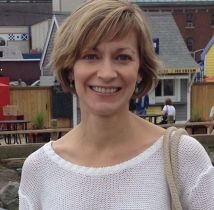 This is a story that begins in Southwark in the 1630s and ends, most likely, in Guyana. It touches upon female criminality, ‘benefit of the belly’, and the early history of criminal transportation. It comes to us in part thanks to Star Chamber, the notorious early modern English court that had as one of its tasks the policing of the police, the regulation of those volunteer agents sworn to enforce the law. G.R. Elton once collected a batch of ‘Star Chamber Stories’ to try to argue for the court not having been the despotic, arbitrary, centralizing body of legend; but stories can be gathered that do show its use to police local discretion in the law’s enforcement – and that show the sometimes breathtaking capriciousness of early modern ‘justice’, in an era of penal experimentation when a commitment to capital punishment vied with proposals to extract value from convicts’ bodies. This is one such story.[1]

Elizabeth Wynn was arrested for burglary after breaking into a home in Newington, Surrey, in January of 1632 and stealing clothes and linens. Magdalene Dutton was caught snatching the purse of one John Patch in St. Saviour’s parish, Southwark, in September of 1633. At some point between their arrests and their trials in March 1634, the two incarcerated women became pregnant; in what circumstances, the record does not specify. Elizabeth delivered her baby just two or three days before her trial date and was so ‘sore, sick, and weak’ from the birth that she had to be carried into court on a chair. Magdalene still had months to go before her own delivery.

The jurors found both women guilty; Justice Hitcham sentenced them to death. Given the longstanding practice of temporarily reprieving pregnant women to avoid killing the innocent unborn, the judge ordered that Magdalen’s execution be delayed until a month after she gave birth. (Despite often being treated as the women’s equivalent to ‘benefit of clergy’, a device that allowed some male convicts to evade execution, reprieves for pregnancy did not in themselves save the convicts from death.[2]) As the judge mounted his horse to leave town, he added that Elizabeth’s execution should be put off for a time, too, so she might regain her health before being killed.

About a month later, along with three other prisoners in the Southwark gaol, Elizabeth and Magdalene petitioned King Charles I for pardon. As was the usual practice, the king had a request sent to the trial judge for details on the petitioners’ cases to learn whether they were fit candidates for royal mercy. Justice Hitcham seemed surprised that the two women were still alive. His response? The local sheriff, Sir Richard Evelyn, should be examined for his failure to see justice done. The king agreed, ‘holding it a high offence against his prerogative royal that any subject should presume of his own authority to reprieve a person condemned for felony.’

It’s largely thanks to Sheriff Evelyn’s efforts to defend himself from the charges of wrongdoing brought against him in Star Chamber that we know anything at all about these women and their situations. He maintained that he’d been ill for weeks after the court date and had handed matters to his deputy; the deputy explained that Magdalene hadn’t delivered her baby by the time the prisoners wrote their petition, and added that once he’d heard that the king had written to the judge about a possible pardon, he thought he dare not execute the prisoners just yet. Another prisoner was mixed up in this, a William Watson, condemned for horse theft; his wife had been making ‘much lamentation’ and earnest entreaties with great importunity to secure his life. He’d also had a patron (the Earl of Lindsay, ‘a person of place and power’) write for the delay of his execution, so this might have helped encourage the deputy to hold off on the hangings. In the end, the Lord Keeper suggested to the king that Sheriff Evelyn ‘is very capable of your majesty’s grace and favour in this matter’: he’d done wrong, but seemingly from simple negligence or a misunderstanding rather than an outright attempt to subvert the authority of the king or his justices.

A short while later, in May 1635, Elizabeth and Magdalene also received the king’s ‘grace and favour’, but of a rather different and altogether less desirable sort. Justice Hitcham grudgingly observed that while the women really ought to be dead, to execute them now, ‘upon so cold a blood’ and after such a delay, ‘is rare and not usual’. He would not say anything to the contrary if the king wanted to show them his ‘most gracious and princely compassion.’ That compassion would not manifest itself in a simple pardon, however.  Instead, the king thought he’d give two ‘gifts’ in one: the women received their pardons contingent upon transportation in service to colonial ambitions. A letter was sent to the keeper of the White Lion gaol noting that Elizabeth and Magdalen, along with five other women and seven men – seven breeding sets, it seems – were to be transported. And they were to be transported not to Virginia or Bermuda, where a few other people brought before the courts as convicts and vagrants were also being shipped at this time, but to Guyana.

The Company for the Plantation of Guyana was a short-lived failure, a project of a few courtiers who obtained their charter in 1626. Backed initially by the king’s often incompetent favourite, the duke of Buckingham, the project didn’t do much better even after he was assassinated. The courtiers who picked it up after the duke’s death tried briefly in 1635 to revive the abortive settlement, but with little luck, despite the king’s gift of a few felons. Not much is heard of it thereafter.[3]

What happened thereafter to Elizabeth Wynn, Magdalene Dutton, and their twelve companions similarly saved from the gallows to provide life and labour for this enterprise, we don’t know. What happened to their children, some might be asking. Elizabeth, at least, still had her infant living with her in the White Lion gaol when the order came to ship her out. Some early attempts to find workers for the colonies rounded up not just convicts but also the children of executed felons, so it’s possible that the baby was sent, too. All we really know here is that the convicts’ bodies ended up in the service of courtiers’ plans and colonial aspirations, even though with little or no success.

In the late sixteenth and early seventeenth centuries, the authorities made only fitful use of criminal transportation; it only became more common from about the 1650s.[4] In later years, when convicts went to settled territories, some observers grumbled that transportation was far too kind to count as a proper punishment; one doubts that many would have said as much of a plan to ship felons to a colony that was little more than a projector’s fantasy. What happened in these early, experimental years was in line with other, contemporaneous proposals to make those who broke the law useful to the state, and seems as much a precedent for later dangerous projects reliant upon felons’ bodies (e.g., for testing smallpox inoculations) as for the mature practice of convict transportation.

The Court of Star Chamber was long gone by the time transportation became common, killed off in 1641 by MPs who thought it a tool of Stuart despotism. Before it disappeared, though, royal agents used it to police local agents of the law – not all of whom made out so well as Evelyn.[5]  Many of its records were dispersed or destroyed in the civil wars that followed, but those of its stories that do survive offer windows on early modern law and life, allowing us glimpses into differing notions of ‘justice’ and criminal conduct, both low and high.