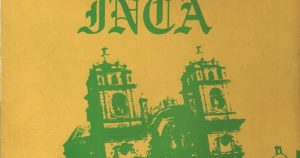 Swim Through the Darkness: My Search for Craig Smith and the Mystery of Maitreya Kali is the much-anticipated story of one of the more esoteric, fascinating casualties of the flower power generation. As told by Ugly Things magazine creator Mike Stax, the book tracks the odyssey of Craig Smith, a musician who evolved from clean-cut singer songwriter, landing gigs on the Andy Williams show and a Monkees-esque television pilot, to a post-institutionalized street messiah, Maitreya Kali. Smith wrote songs for The Monkees (and was nearly cast in the band) and Glen Campbell, headed the much fabled psych pop band The Penny Arkade, and released two of the most acid-drenched folk records of the early 70s before fading into obscurity. After his initial songwriting success, he used the money he earned to travel the world, only to return as a permanently damaged shell of his former self, complete with a spider tattoo on his forehead. 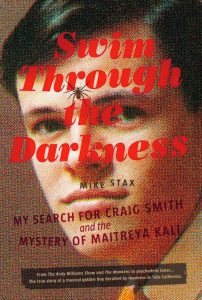 Until now, Smith’s life has mostly been told by the music he left behind. And even so, his Penny Arkade recordings were only made readily available within the last twenty years, while his psych folk records, self-released under the moniker Maitreya Kali, have only been experienced by extremely lucky record collectors or in varying quality online. Apache and Inca, those latter releases, include an early demo of the Monkees’ “Salesman” (from Pisces, Aquarius, Capricorn and Jones Ltd.) as well as alternative versions of songs recorded by The Penny Arkade. But what the records are really known for is their otherworldly vibe that could only be made by someone whose mind was no longer on Earth. Stax’s new book piecees together the story of this lost musician, whose path is not dissimilar to those of Syd Barret and Roky Erickson. Swim Through The Darkness tells the tale of an artist who got lost between fame and discovery, until all that was left were musical echoes.