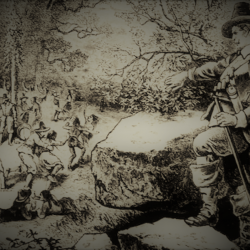 The Puritans had little tolerance for those who didn’t conform to their vision of the world. Introduction Ever since the ancient Romans decided to honor the agricultural goddess Flora with lewd spectacles in the Circus Maximus, the beginning of May has signaled the coming of spring, a time of revival after a long, dark winter. In[…] 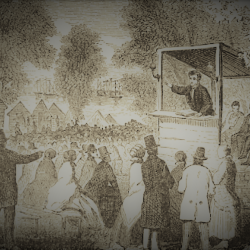 The New England Colonies each insisted their interpretation of Christianity was correct and others were wrong Introduction Religion and superstition went hand in hand in Colonial America, and one’s belief in the first confirmed the validity of the second. The Anglican settlers who established Jamestown Colony of Virginia in 1607 and the Puritans who settled the New England Colonies 1620-1630 were Protestant[…] 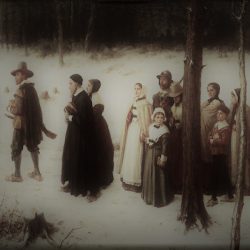 Interpretations of the Bible and practices differed between one settlement or colony and another. Introduction Religion in Colonial America was dominated by Christianity although Judaism was practiced in small communities after 1654. Christian denominations included Anglicans, Baptists, Catholics, Congregationalists, German Pietists, Lutherans, Methodists, and Quakers among others. The New England Colonies had been founded by separatists – Anglicans who advocated separation from[…] 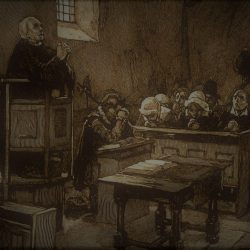 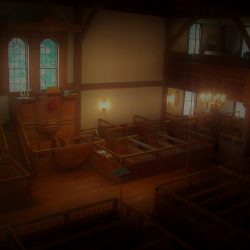 Starting with the 1620 Plymouth covenant, religion colored Massachusetts law. One of the reasons New England towns were small was so families could walk to required church services. As was the case in Lenox, the meeting house was part of initial town development and was used for both religious and civic meetings. As of 1647,[…] 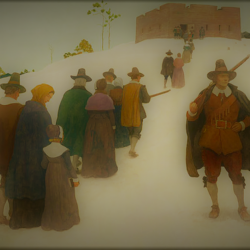 It was less about their asceticism and more about rejecting the world they had fled. Introduction When winter cold settles in across the U.S., the alleged “War on Christmas” heats up. In recent years, department store greeters and Starbucks cups have sparked furor by wishing customers “happy holidays.” This year, with state officials warning of[…] 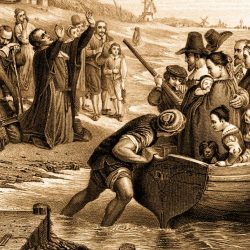 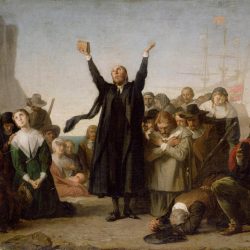 Any idea of separation of church and state was anathema until our Framers, knowing this history, guaranteed it. By Murray N. Rothbard The Massachusetts colony was organized in towns. The church congregation of each town selected its minister. Unlike the thinly populated, extensive settlement of Virginia, the clustering in towns was ideal for having the[…] 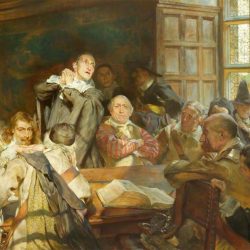 The fact that the Puritans had left England to escape religious persecution did not mean that they believed in religious tolerance. Introduction The bravery and initiative of the Puritans served as a source of inspiration for colonists during the Revolutionary War. Later, the framers of the Constitution would look to the Puritan era in history[…] 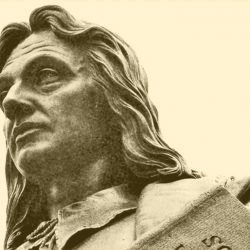 The Puritan minister originated a principle that remains contentious to this day—separation of church and state. Even the most bitter opponents of Roger Williams recognized in him that combination of charm, confidence and intensity a later age would call charisma. They did not regard such traits as assets, however, for those traits only made the[…] 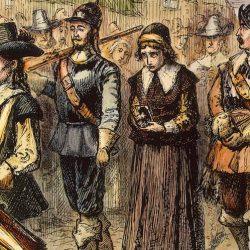 They wanted to bring about the reform of Protestantism throughout the English Empire. “A City upon a Hill” A much larger group of English Puritans left England in the 1630s, establishing the Massachusetts Bay Colony, the New Haven Colony, the Connecticut Colony, and Rhode Island. Unlike the exodus of young men to the Chesapeake colonies,[…] 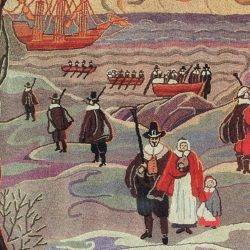