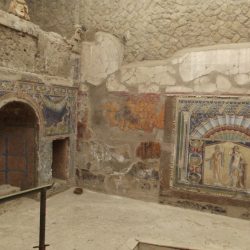 Herculaneum had a long, rich history before its fall to the Vesuvian blast. By Mark CartwrightHistorian Introduction Herculaneum, located on the Bay of Naples, was a Roman town which was destroyed by the eruption of Mount Vesuvius in 79 CE. Like its neighbour Pompeii, the town was perfectly preserved by a metres-thick layer of volcanic[…] 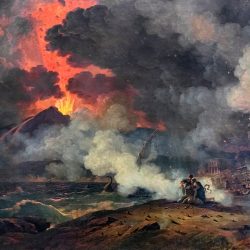 Clues from texts, objects, and science shed light on one of the greatest natural disasters in world history. By Kenneth Lapatin and Alina Kozlovski Introduction On August 24, 79, Mount Vesuvius erupted, destroying the ancient Roman cities of Pompeii and Herculaneum. At least, that’s the date inscribed in the history books. As well-publicized recent discoveries have suggested,[…]