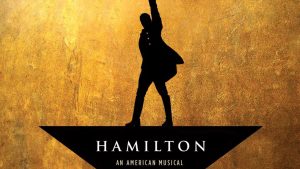 Last spring, I blogged about how I used the song “Farmer Refuted” from Hamilton: An American Musical to teach about the pamphlet wars of the American Revolution.[1] But, that’s not the only song about pamphlets in the musical. There’s also “The Reynolds Pamphlet,” named after the sensational tract published in 1797 in which Alexander Hamilton confessed to adultery.[2]

In a soap opera-worthy plot, Hamilton was being blackmailed by James Reynolds, the husband of the woman, Maria Reynolds, with whom he had an affair. An unscrupulous man, Reynolds was arrested for another scheme, and Hamilton’s payments to him attracted attention. Rumors were circulating that Hamilton had misused government funds while he was Secretary of the Treasury. His pamphlet explained the blackmail intrigue and the extra-marital affair in meticulous detail.

Lin-Manuel Miranda’s inclusion of two songs about pamphlets in the musical testifies to the significance of the pamphlet as a dynamic form of political communication in the eighteenth century. Americans turned to pamphlets to attack their opponents, to defend themselves, and to argue with each other during times of crisis and controversy.

Accordingly, “The Reynolds Pamphlet” presents a familiar theme in American politics: the sex scandal as media spectacle. But, in the 1790s, instead of press conferences, PR teams doing damage control, and 24/7 media coverage, there were pamphleteers. This semester, I used “The Reynolds Pamphlet” to teach about Hamilton’s attempt to control his public reputation in the midst of a scandal.

To prepare for class, students read the pamphlet that prompted the song, Observations on Certain Documents Contained in No. V &VI of ‘The History of the United States for the Year 1796,” In Which the Charge of Speculation Against Alexander Hamilton, Late Secretary of the Treasury, is Fully Refuted. Written by Himself. This pamphlet countered the two tracts mentioned in the title. In those two tracts, published in late June 1797, Republican partisan James Thompson Callender had charged Hamilton with financial corruption.

With his honor at stake, Hamilton spent the next month writing his defense. The result? A pamphlet of ninety-five pages, including a confession of thirty-seven pages and an appendix of fifty-eight pages, which presented the correspondence between himself, Maria Reynolds, James Reynolds, and others involved in the affair.[3]

In class, I provided some historical context. I lectured briefly on Hamilton’s rise from Caribbean orphan to Secretary of the Treasury. I also discussed the political culture and the partisan press of the 1790s, focusing on pamphleteering. We listened to the song “The Reynolds Pamphlet” (my students loved the bass line), and then we analyzed how the song related to the pamphlet.

The students recognized that the musical used only the most provocative details from the pamphlet. The song depicts Hamilton in various combinations with his enemies—Thomas Jefferson, James Madison, and Aaron Burr—singing his confession from the pamphlet:

“The charge against me
is a connection with one
James Reynolds
For purposes of
improper speculation.

My real crime is an
Amorous connection with
his wife
For a considerable time
With his knowing consent.”

Compare with the lines from the pamphlet: “The charge against me is a connection with one James Reynolds for the purposes of improper pecuniary speculation. My real crime is an amorous connection with his wife, for a considerable time with his privity and connivance.”

In the musical, Hamilton’s opponents, then, repeat more of the confession:

…
Mrs. Hamilton with our children being absent
On a visit to her father.”

Again, Hamilton’s pamphlet reads: “I had frequent meetings with her, most of them at my own house; Mrs. Hamilton with her children being absent on a visit to her father.”[4]

Though modernized slightly, the lyrics were “borrowed” from Hamilton’s work. Could this be the first time in history that an eighteenth-century pamphlet has been sampled in a hip-hop song? Perhaps I am defining sampling too broadly here, but pamphlets, though printed, were part of the early American soundscape, connected to oral culture, the world of conversation, gossip, and rumor. Moreover, hip-hop’s emphasis on sampling, or the borrowing and adapting of previous sound recordings, coincides with eighteenth-century pamphleteering practices. Just as hip-hop samples previous recordings, pamphlets often quoted extensively from previous tracts. This intertextuality gives meaning to hip-hop, to pamphlets, and to the song too. Hip-hop DJ and music producer Mark Ronson describes sampling as taking “an element of those things [that we love]” and “[bringing] something fresh and new to it.” That’s what Miranda did with “The Reynolds Pamphlet.”[5]

The salacious details emphasized in the song, my class observed, would have stood out to contemporary readers. The students realized that the song does not so much depict the pamphlet’s contents as it represents an imagined public reaction to the work. The song features Jefferson, Madison, and Burr asking “Have you read this?,” before “reading” aloud from the tract. As they sing through Hamilton’s confession, readers react in various ways. Some shout “boooo” at Hamilton’s infidelity. Another interjects with a “Damn.” Hamilton’s opponents, then, taunt him with a refrain of “Never gon’ be president now.”

By presenting Hamilton’s pamphlet as the talk of the town, the musical helped my students to consider the reception of printed materials. In the new republic, authors tried to exert control over their own lives by writing texts. (The song “Hurricane” nicely illustrates this tendency in Hamilton’s life.)

Yet, authors, including Hamilton, only had so much power. Once a text was published, it was up to the audience to interpret the work. Sometimes readers responded in unpredictable ways, in ways that the author did not intend. Reconstructing reception history is elusive because evidence of reading experiences, especially for ephemeral materials like pamphlets, is scarce, but Miranda’s song at least got my students asking questions about this important interpretive issue for print culture historians.

As with “Farmer Refuted,” my experience of teaching with “The Reynolds Pamphlet” was positive. The song effectively captured my students’ attention and complemented the pamphlet nicely, extending my students’ analysis of that work.

The musical provides historians with an excellent opportunity to promote the study of the American Revolution and the early Republic. But, listening to the musical alone does not constitute an education in history. History educators must also do what they do best, which is to contextualize the songs and the themes of the musical by pairing them with the relevant primary and secondary sources.[6]

Ultimately, using Hamilton in my classroom has made my students excited about reading and interpreting eighteenth-century pamphlets. In my view, this constitutes a teaching win.

[1] Michelle Orihel, “A Pamphlet War in Song”:  Teaching Revolutionary Print Culture with the Musical, Hamilton,” The Junto: A Group Blog on Early American History, May 12, 2016.

[2] For the text of the pamphlet (but not the appendix with the correspondence), see the Printed Version of the “Reynolds Pamphlet,” 1797, Founders Online, National Archives, last modified October 5, 2016.

[6] On the relationship between individual agency and the printed word, see François Furstenberg, In the Name of the Father: Washington’s Legacy, Slavery, and the Making of a Nation (Penguin: New York, 2006).