Is British English being swallowed up by American English – or are both versions simply following the same path to a more informal language? 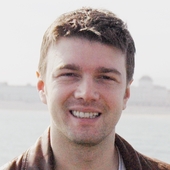 Brits can get rather sniffy about the English language – after all, they originated it. But a Google search of the word “Americanisms” turns up claims that they are swamping, killing and absorbing British English. If the British are not careful, so the argument goes, the homeland will soon be the 51st State as workers tell customers to “have a nice day” while “colour” will be spelt without a “u” and “pavements” will become “sidewalks”. The two versions of English are intelligible but have long had enough differences to inspire Oscar Wilde to claim:

We have really everything in common with America nowadays, except, of course, the language.

My research examined how both varieties of the language have been changing between the 1930s and the 2000s and the extent to which they are growing closer together or further apart. So do Brits have cause for concern?

Well, yes and no. On the one hand, most of the easily noticeable features of British language are holding up. Take spelling, for example – towards the 1960s it looked like the UK was going in the direction of abandoning the “u” in “colour” and writing “centre” as “center”. But since then, the British have become more confident in some of their own spellings. In the 2000s, the UK used an American spelling choice about 11% of the time while Americans use a British one about 10% of the time, so it kind of evens out. Automatic spell-checkers which can be set to different national varieties are likely to play a part in keeping the two varieties fairly distinct. 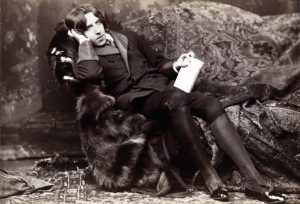 There is also no need to worry too much about American words, such as “vacation”, “liquor” and “law-maker” creeping into British English. There are a few cases of this kind of vocabulary change but they mostly tend to be relatively rare words and they are not likely to alter British English too much.

But when we start thinking of language more in terms of style than vocabulary or spelling, a different picture emerges. Some of the bigger trends in American English are moving towards a more compact and informal use of language. American sentences are on average one word shorter in 2006 than they were in 1931.

Americans also use a lot more apostrophes in their writing than they used to, which has the effect of turning the two words “do not” into the single “don’t”. They’re getting rid of certain possessive structures, too – so “the hand of the king” becomes the shorter “the king’s hand”. Another trend is to avoid passive structures such as “a paper was written”, instead using the more active form, “I wrote a paper”.

I’m rather fond of gradable adverbs

And some words are starting to be drastically eroded from English – especially a grammatical class called gradable adverbs which consists of boosters like “frightfully” and “awfully” and downtoners (words or phrases which reduce the force of another word or phrase) like “quite” and “rather”.

If anything marks out the British linguistically, it’s their baroque way of using adverbs, especially as a form of polite sangfroid or poise – so “the worst day ever” is “things perhaps aren’t quite as wonderful as they could be”. As the American critic Alexander Woollcott once said: “The English have an extraordinary ability for flying into a great calm.”

Classic films such as Brief Encounter are absolutely packed with gradable adverbs. Americans, on the other hand, tend to communicate in a more straightforward manner, telling it “as it is”. However, and here’s the thing, in all these aspects Brits are changing too – and in exactly the same way as Americans. They’re just about 30 years behind the trend that Americans seem to be leading.

So this raises a question, is British English actively following American English – copying its more economical, direct use of language – or is this something that is simply a global trend in language use? Perhaps we’re all just on the same path and the British would have gone in that direction, even if America had never been discovered? I’d like to think the latter but due to the large amount of American language that British people encounter through different forms of media, I suspect the former is more accurate.

These stylistic changes generally make for a more user-friendly version of the language which is accessible and easy to follow so they’re hard to resist. Except for the loss of those gradable adverbs, though – I’m slightly annoyed about that and would like to advocate that we keep hold of them. They’re a linguistic passport and also a marker of national character, so it would be rather lovely if we could hold on to them.