It is nearly impossible for us to know or be sure about the earliest human language ever used. www.shutterstock.com

There have been many theories that try to explain where language came from. None prevailed or even came close to the position of the Darwinism theory in biology or the Big Bang theory in physics. 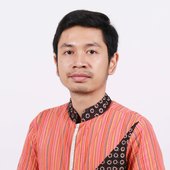 If there is one most distinguishing feature that makes us human, it would be our ability to enunciate words, aka language. Through language, we convey our feelings and thoughts as well as influence others. Language is a crucial part of society and has been our primary socialisation tool. Without this tool, humans might not have been able to reach the state where we are now.

Cognitive scientist Lera Boroditsky even states that language can shape our cognition and “have far-reaching subconscious effects on how we see the world”. A simple example of that would be grammatical gender differences among various languages in the world. In some languages, such as Germanic and Romance languages, nouns are divided into “masculine versus feminine” or “masculine versus feminine versus neutral”. Other languages, however, may have many more genders. According to George Lakoff, Australian Aboriginal languages can have up to 16 grammatical genders for nouns.

But since when did we have language? Was it invented or were humans born with it?

These questions are among many types of philosophical inquiries that linguists have been pondering for centuries, and there seems to be an endless list of answers to them.

Linguist Arika Okrent states that “theories of language origins have generally been based on hunches”. It is a kind of chicken and egg riddle that has attracted various speculative theories.

As we can see in the graph from Google Books corpus below, debates on the origin of language reached their peak between the 1860s and 1880s. However, a major turning point happened during that period. Research on language origin got off to a bad start when it was banned by the Paris Linguistic Society in 1866.

There have been many theories, with interesting sounding titles (e.g. the bow-wow theory, the pooh-pooh theory, the ding-dong theory, the yo-he-ho theory, etc.) that try to explain where language came from. None prevailed or even came close to the status of the Darwinism theory in biology or the Big Bang theory in physics.

The core of language is symbols. Linguists often use a classification of symbols, icons and indexes, but basically the three refer to the idea of “something that represents something else”. We spend our lives making and perceiving meanings through symbols.

Animals communicate too, but with different and much less complicated symbols than humans do. That also might be the reason that we, humans, do not consider animals to be a part of us. It is largely because we do not understand their symbols. Their “non-human languages” are meaningless to us, so to speak.

Human babies have inborn ability to produce some universal or, more precisely, instinctive, symbols such as smiles and cries that mean happiness and sadness respectively. 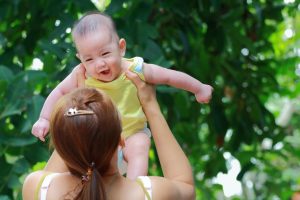 Parents do not intentionally teach their kids how to smile or cry. They are just born with it. Scientifically speaking, certain (facial) expressions are examples of symbols that are innate to us.

But beyond facial expressions, humans stand out in terms of their linguistic complexity from other living beings. We have the capacity to interpret, learn, imitate/modify and, more importantly, invent arbitrary symbols, such as words.

Research in linguistics tends to support the idea that words in human languages are invented (and mostly arbitrary).

We might be surprised by the fact that words for calling “mother” or “father” in many languages contain the sounds /m/, /p/, or /b/. Those sounds are called bilabials, produced through the contact between both lips.

Due to their ease of articulation, /m/, /p/, and /b/ are the earliest sounds babbling babies produce. And it makes sense that those first sounds are used and chosen to invent address terms for mothers and fathers in most languages because they’re the first people babies become familiar with.

When grammar came to play

Linguists agree that language does not consist of only symbols but also grammar. It’s basically a set of rules that connect our symbols (words).

According to Dan Everett, Homo erectus was probably the first of the primates that used language.

If it is true, then language might have started as early as 1.9 million years ago. He bases his hypothesis on the sophisticated social organisations and technology, which might have required a complex system of communication.

Some researchers might argue that Homo erectus did not have fully developed vocal apparatus that enabled them to use language. But that would not have stopped them from communicating. Human communication relies primarily not on the forms (spoken/written) but more on their cognition, which is, as linguist Ib Ulbaek notes, significantly more complex. Sign languages, for instance, all rely on symbolic gestures. They are considered languages due to their complex grammar. 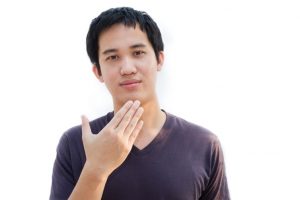 Quests for the first language

It is indeed nearly impossible for us to know or speculate about the earliest human language ever used, especially in spoken or gestural form, since there is no remaining evidence of it today.

Linguists can trace languages back based on how far their written record goes. With this approach, we can conclude, at least for the moment, that Sumerian is the oldest known written language spanning c. 3300 to 3000 BC.

The problem with comparative linguistics is that the further back we trace an ancient dead language, the less we can reconstruct and thus the more speculative it is.

A very controversial attempt to reconstruct an ancient parent language to almost all language families worldwide is known as Borean languages. This attempt is of course very hypothetical and requires more proof.

If it is, as mentioned earlier, very difficult or even nearly impossible to trace the origin of language, then why do we bother? The answer is simple: because by nature humans are creatures of questions, and this craving for finding answers to seemingly unsolvable questions is one of the powerful traits that humans possess.

To linguists, answering questions about language and how it began is part of endeavours to understand the very nature of humanity. It is only through the help of philologists and comparative linguists that we are able to better understand our history and, more importantly, lay the foundations for our modern linguistic studies.