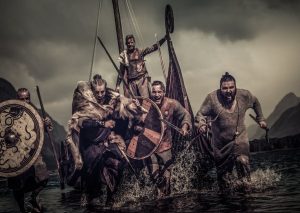 The stuff of legend. Shutterstock

Norse mythology is having a moment as a leading author re-tells the tales for a new generation. 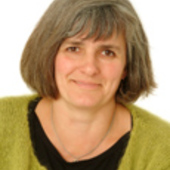 The Norse gods are back and ready for a new generation in acclaimed fantasy author Neil Gaiman’s newly published book Norse Mythology. Yet the truth is the immortality of the gods was never in doubt. These all too human tales have been retold to different audiences in different ways repeatedly over the years. But what makes the Norse myths so irresistible to contemporary writers?

Gaiman retells the ancient stories in a modern idiom and previously took up Norse mythic motifs in both his novel American Gods and his children’s book, Odd and the Frost Giants. He is not alone. Over the last 12 or so years, bestselling children’s and young adult authors Joanne Harris and Francesca Simon have written novels with Norse mythic themes. AS Byatt, who incorporated Norse myth into her 1990 novel Possession, also retold tales – interwoven with autobiographical elements – in her 2011 Ragnarok. Even Game of Thrones’ icy world beyond the Wall, with its Three-Eyed Raven and White Walkers, riffs on Odin and the frost-giants.

Norse myth has rarely been out of fashion since its rediscovery in Scandinavia in the 18th century. After World War II their tenuous association with Nazi ideology caused tales of Óðinn (Odin) and Þórr (Thor) to fall out of favour, but in the 1960s the myths were once again retold for children by authors such as Roger Lancelyn Green and Barbara Leonie Picard. These children’s versions were often the inspiration for today’s writers to revisit Norse myth. 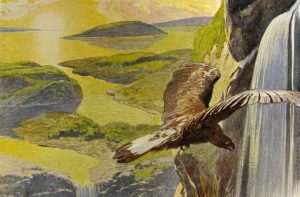 As preserved, Norse mythology is easier to make sense of than, say, the dozens of disparate stories that make up the Greek mythological corpus. We only have two major written sources: the collection of poems written down around 1270 in Iceland known as The Poetic Edda, and The Prose Edda, composed by the Icelander Snorri Sturluson in the 1230s.

Snorri was a politician, scholar, poet and a Christian. He set out a systematic account of the Norse gods and the history of the world, from before its creation to the total destruction of the cosmos – known as ragnarök – and, importantly, what happened next. Snorri knew many of the poems in The Poetic Edda along with tales now lost to us.

Gaiman’s retelling closely follows Snorri; consequently his account smooths out some of the uncomfortably jagged elements found in the poetry. The eddic poem Skírnir’s Journey, for example, tells how the god Freyr sent his messenger Skírnir to woo a beautiful giant-girl for him. The girl, Gerðr, unexpectedly refuses to be won over, whether by Freyr’s charms, gifts, or threats. Only when Skírnir launches into an aggressive multi-stanza curse, calling down sterility, misery and a three-headed husband on Gerðr, that she finally relents and agrees to a rendezvous with the god. Snorri – and Gaiman – ignore this alternative version with its strong sense of female resistance to patriarchal assumptions. 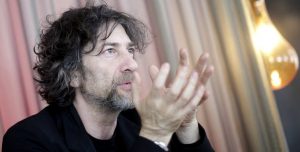 Snorri’s Christian worldview made him add a prologue, explaining that the Norse gods were really humans – refugees from Troy. He synthesises the differing accounts of the creation of the world – rising up out of the sea or crafted by the gods from the body of the slaughtered giant Ýmir – and explains how the gods raised temples and halls, forged tools and gaming pieces, created humans and established culture. The gods are described in detail, and the best known stories of Þórr’s exploits and Loki’s double-dealing are retold; though there is much less information about the goddesses.

Finally comes a long account of the events leading up to ragnarök, starting with the death of Baldr, and climaxing in the final battle between the gods and the great wolf, Fenrir, the World-Serpent and the frost and fire-giants. Cosmic wolves swallow the sun and moon and the Earth sinks back beneath the sea; fire and steam rage against the dark sky.

In the Prose Edda’s vision the gods behave like great northern lords. They keep the giants – the other of the mythic world – in line through aggression and marriage alliances, gather in council to take important decisions and feast in their splendid halls. Óðinn is obsessed with discovering whether ragnarök can be avoided; Loki bides his time, waiting to reveal his true allegiance to the forces of chaos. The goddesses embody beauty, sexual desire and motherhood; they have access to prophetic wisdom and more agency than Gaiman credits them with. Frigg, as I discuss in my own recent book on Norse myths on Norse myths and legends, is not simply Baldr’s grieving mother (the role assigned her by Snorri and Gaiman). She competes with her husband as patron of kings and plays a bold trick on her husband so that his own protégé submits him to torture.

After ragnarök the second generation of gods, along with Baldr, and his unwitting slayer, his blind brother Höðr, return, dwelling in a gleaming, golden hall. For the world is made anew, with snow-capped mountains and waterfalls where the eagle hunts for fish. In the freshly sprouting grass they find the golden gaming-pieces, the ones they made when the world was first young. In Gaiman’s account these pieces are images of the previous gods, rather like the Lewis chessmen. When Baldr sets them on the gaming-board history begins, we assume, to repeat itself. In The Seeress’s Prophecy though, they are simply tokens, suggesting that this time around the earth’s future can take a different course.

It is this hope of starting afresh with a new clean world in order to write a more optimistic history – along with the distinctive, human characterisation of the Norse gods and the multiplicity of genres that the mythology encompasses – that brings our culture constantly back to the gods and their grandly tragic, absurdly comic, strangely moving tales.