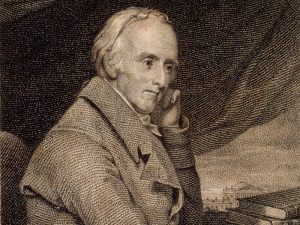 The first attacks on Rush followed the outbreak of a devastating yellow fever epidemic in 1793 that claimed 5,000 lives 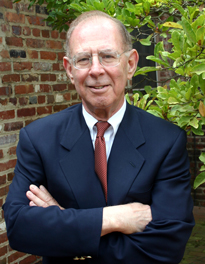 “A horse leach, a ferret, a pole-cat, a weasel.” This was how editor William Cobbett painted American humanitarian Dr. Benjamin Rush in a 1793 newspaper editorial in Philadelphia, then the nation’s capital.

A transplanted English malcontent, Cobbett published Porcupine’s Gazette, a venom-filled scandal sheet he founded to attack any and every republican Founding Father—Thomas Jefferson, Tom Paine, Lafayette, and, finally, Benjamin Rush, M.D., the only doctor to have signed the Declaration of Independence. The journalist saved his most powerful barbs for Rush, who held no public office or platform from which to defend himself and was, therefore, more vulnerable than other Founding Fathers.

Also exposing Rush to criticism was his insatiable compulsion to right every wrong he encountered, admittedly meddling in “everything under the sun” and alienating entrenched interests. He advocated temperance, opposed tobacco use, scolded newspaper editors for biased reporting, and criticized fellow physicians for carelessness, incompetence, and greed.

The first and greatest humanitarian of his day, Rush championed abolition, women’s rights, universal free schooling, public sanitation, a ban on child labor, prison reform, and an end to capital punishment for noncapital crimes. As a field surgeon in the American Revolution, he was first to treat battlefield wounds in situ at a time when armies routinely left the seriously wounded to die. His efforts led to the founding of the Army Medical Corps.

Following independence, Rush turned to badgering medical authorities to unchain the mentally ill and allow him to treat them in clean hospital rooms, where he invented “talk therapy,” as well as physical and occupational therapy, a century before Freud. The American Psychiatric Association would recognize Rush as “Father of American Psychiatry” and put his image on its official seal. 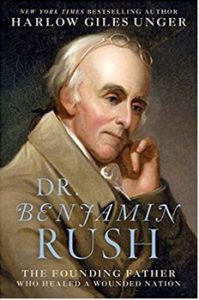 Although Dr. Rush never ran for office, he retained an outsized influence on American politics as a signer of the Declaration of Independence and physician to Philadelphia’s most notable citizens, including John and Abigail Adams and Benjamin Franklin. A friend to Washington and every other major political leader, Rush routinely walked in and out of Constitution Hall lobbying U.S. congressmen and state assemblymen for social causes. He coaxed Pennsylvania state assemblymen into raising funds to build hospitals and public schools. He helped found two Pennsylvania institutions of higher education—Dickinson College and Franklin (later Franklin and Marshall) College. He demanded that doctors treat the poor—African-Americans as well as whites—becoming the first doctor to do so.

The first attacks on Rush followed the outbreak of a devastating yellow fever epidemic in 1793 that claimed 5,000 lives, or ten percent of Philadelphia’s population. As thousands fled the city, Rush and a handful of other dedicated physicians risked catching the disease to remain in Philadelphia and treat the ill, relying largely on age-old “depletion” treatments—i.e., bleeding and purging—to try to rid ailing bodies of the disease.

In an era of primitive medicine, the world’s most renowned physicians believed draining the body of disease-carrying fluids would cure the ill. They prescribed powerful emetics to clean out the digestive track and opened a vein in the patient’s arm to drain 10 ounces of blood at a time with the poisons they believed it carried, repeating each day until the patient either got well or died.

As the disease raged in 1793, however, editor Cobbett all but foamed at the mouth as he wrote, “The remorseless Dr. Rush shall bleed me till I am white as this paper before I’ll allow that he was doing good to mankind.” With no knowledge of medicine, Cobbett charged that Rush and those who adopted purge-and-bleed treatments had “slain thousands and will bleed patients to the grave if not stopped,” even calling them “butchers.”

That was enough for Dr. Rush. The mild-mannered physician sued Cobbett for libel. In one of Philadelphia’s most sensational trials, lawyers for Rush demanded the then-huge sum of $5,000 in damages (about $100,000 today). It was a daring move; few plaintiffs had ever won a libel suit against a journalist or newspaper in America. Historically, truth had been irrelevant in libel suits under British common law until New York’s British governor sued editor/journalist John Peter Zenger in 1734 for exposing the governor for rigging his election. The jury ruled that the truth of Zenger’s charges was a legal defense against libel, setting a precedent that was translated into First Amendment protection of press freedoms in the Constitution.

With that broad protection, journalists like Cobbett grew daring. Victims of libel feared challenging such journalists—until Rush. In suing Cobbett, Rush fought for a freedom he believed was as sacred as freedom of the press—one not mentioned in the Constitution. Rush v. Cobbett was a fight for freedom of scientific inquiry and the freedom of physicians to explore mysteries of disease and ways to heal the sick—free from malicious assaults by the ignorant, the superstitious, scientifically and medically untrained government officials, religious zealots, and unscrupulous journalists such as Cobbett.

The jury found Cobbett guilty and awarded Rush maximum damages, leaving Cobbett without funds or friends. He later fled to his native England and spent his remaining days torturing his own countrymen. Dr. Rush went on to write texts of medicine, psychiatry, and health care that formed the heart of American medical school education for the next century.