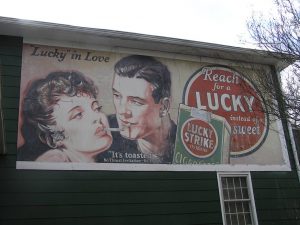 While no single person can claim exclusive credit for the ascendancy of advertising in American life, no one deserves credit more than a man most of us have never heard of: Edward Bernays. 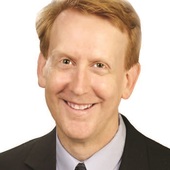 “The most interesting man in the world.” “Reach out and touch someone.” “Finger-lickin’ good.” Such advertising slogans have become fixtures of American culture, and each year millions now tune into the Super Bowl as much for the ads as for the football.

While no single person can claim exclusive credit for the ascendancy of advertising in American life, no one deserves credit more than a man most of us have never heard of: Edward Bernays.

I first encountered Bernays through an article I was writing on propaganda, and it quickly became clear that he was one of the 20th century’s foremost salesmen of ideas. The fact that 20 years have elapsed since his death provides a fitting opportunity to reexamine his legacy.

Often referred to as “the father of public relations,” Bernays in 1928 published his seminal work, Propaganda, in which he argued that public relations is not a gimmick but a necessity:

The conscious and intelligent manipulation of the organized habits and opinions of the masses is an important element in democratic society. Those who manipulate this unseen mechanism of society constitute an invisible government which is the true ruling power of our country. We are governed, our minds are molded, our tastes formed, and our ideas suggested, largely by men we have never heard of…. It is they who pull the wires that control the public mind. 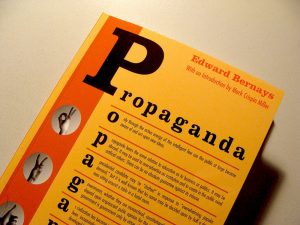 Bernays came by his beliefs honestly. Born in Austria in 1891, the year Sigmund Freud published one of his earliest papers, Bernays was also Freud’s nephew twice over. His mother was Freud’s sister Anna, and his father, Ely Bernays, was the brother of Freud’s wife Martha.

The year after his birth, the Bernays family moved to New York, and Bernays later graduated from Cornell with a degree in agriculture. But instead of farming, he chose a career in journalism, eventually helping the Woodrow Wilson Administration promote the idea that US efforts in World War I were intended to bring democracy to Europe.

Having seen how effective propaganda could be during war, Bernays wondered whether it might prove equally useful during peacetime.

Yet propaganda had acquired a somewhat pejorative connotation (which would be further magnified during World War II), so Bernays promoted the term “public relations.”

Drawing on the insights of his Uncle Sigmund – a relationship Bernays was always quick to mention – he developed an approach he dubbed “the engineering of consent.” He provided leaders the means to “control and regiment the masses according to our will without their knowing about it.” To do so, it was necessary to appeal not to the rational part of the mind, but the unconscious.

Bernays acquired an impressive list of clients, ranging from manufacturers such as General Electric, Procter & Gamble, and the American Tobacco Company, to media outlets like CBS and even politicians such as Calvin Coolidge. To counteract President Coolidge’s stiff image, Bernays organized “pancake breakfasts” and White House concerts with Al Jolson and other Broadway performers. With Bernays’ help, Coolidge won the 1924 election.

Bernays’ publicity campaigns were the stuff of legend. To overcome “sales resistance” to cigarette smoking among women, Bernays staged a demonstration at the 1929 Easter parade, having fashionable young women flaunt their “torches of freedom.”

He promoted Lucky Strikes by convincing women that the forest green hue of the cigarette pack was among the most fashionable of colors. The success of this effort was manifested in innumerable window displays and fashion shows.

In the 1930s, he promoted cigarettes as both soothing to the throat and slimming to the waistline. But at home, Bernays was attempting to persuade his wife to kick the habit. When would find a pack of her Parliaments in their home, he would snap every one of them in half and throw them in the toilet. While promoting cigarettes as soothing and slimming, Bernays, it seems, was aware of some of the early studies linking smoking to cancer.

Bernays used the same techniques on children. To convince kids that bathing could be fun, he sponsored soap sculpture competitions and floating contests. These were designed to prove that Ivory bars were more buoyant than competing products.

Bernays also used fear to sell products. For Dixie cups, Bernays launched a campaign to scare people into thinking that only disposable cups were sanitary. As part of this campaign, he founded the Committee for the Study and Promotion of the Sanitary Dispensing of Food and Drink.

Even though Bernays saw the power of propaganda during war and used it to sell products during peacetime, he couldn’t have imagined that his writings on public relations would become a tool of the Third Reich.

In the 1920s, Joseph Goebbels became an avid admirer of Bernays and his writings – despite the fact that Bernays was a Jew. When Goebbels became the minister of propaganda for the Third Reich, he sought to exploit Bernays’ ideas to the fullest extent possible. For example, he created a “Fuhrer cult” around Adolph Hitler.

Bernays learned that the Nazis were using his work in 1933, from a foreign correspondent for Hearst newspapers. He later recounted in his 1965 autobiography:

They were using my books as the basis for a destructive campaign against the Jews of Germany. This shocked me, but I knew any human activity can be used for social purposes or misused for antisocial ones.

What Bernays’ writings furnish is not a principle or tradition by which to evaluate the appropriateness of propaganda, but simply a means for shaping public opinion for any purpose whatsoever, whether beneficial to human beings or not.

This observation led Supreme Court Justice Felix Frankfurter to warn President Franklin Roosevelt against allowing Bernays to play a leadership role in World War II, describing him and his colleagues as “professional poisoners of the public mind, exploiters of foolishness, fanaticism, and self-interest.”

Today we might call what Bernays pioneered a form of branding, but at its core it represents little more than a particularly brazen set of techniques to manipulate people to get them to do your bidding.

Its underlying purpose, in large part, is to make money. By convincing people that they want something they do not need, Bernays sought to turn citizens and neighbors into consumers who use their purchasing power to propel themselves down the road to happiness.

Without a moral compass, however, such a transformation promotes a patronizing and ultimately cynical view of human nature and human possibilities, one as likely to destroy lives as to build them up.