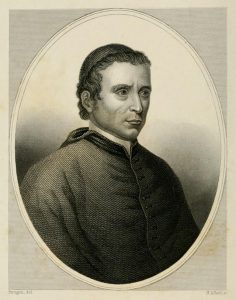 Mezzofanti as pictured in the frontispiece to The Life of Cardinal Mezzofanti; with an introductory memoir of eminent linguists, ancient and modern (1858) by Charles William Russell

Michael Erard takes a look at The Life of Cardinal Mezzofanti, a book exploring the extraordinary talent of the 19th century Italian cardinal who was reported to be able to speak over seventy languages. 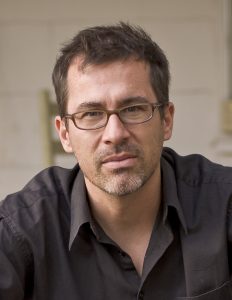 By Michael Erard
Author and Linguist

This article, The Polyglot of Bologna, was originally published in The Public Domain Review under a Creative Commons Attribution-ShareAlike 3.0. If you wish to reuse it please see: https://publicdomainreview.org/legal/

Without a doubt, the most important book in English devoted to Cardinal Giuseppe Mezzofanti (1774-1849), the polyglot of Bologna, is The Life of Cardinal Mezzofanti, written by an Irish priest, Charles William Russell, and published in 1858. When I first began research on hyperpolyglots, I knew I was going to have to spend considerable time with Russell’s book, which contains a wealth of information about Mezzofanti, his time, and his language abilities, not to mention other famous language learners. I had discovered the book by chance in the collection of the Humanities Research Center at the University of Texas at Austin. The only way to get the required time to hunt through its treasures was to get some sort of research funding, I thought. Soon I discovered that the book, because it is in the public domain, had been scanned and republished in hardcopy, and was also available for free online.

Before I say something about what makes Russell’s book so valuable for the hyperpolyglot hunter, let me say a bit about what a “hyperpolyglot” is. A hyperpolyglot is someone who knows six or more languages, according to Richard Hudson, a linguist at University College London. Some have criticized the word as an ugly string of syllables – the word “polyglot” trips off no tongues – but it’s useful for distinguishing ordinary multilingualism from the massive accumulation and use of languages that Mezzofanti and others displayed. For a long time, the hyperpolyglot was a sort of language learner whom many people had anecdotes about but who had never been investigated seriously. Is hyperpolyglottery a new kind of multilingualism, feeding off a globalized world of cheap communications? Is it a personal eccentricity, this passion or obsession for languages? Is it driven by a certain type of brain that remembers well, loves patterns, and finds pleasure in repetition? It’s all these things, to varying degrees, but to get my hands around the phenomenon, I was going to have to hunt for hyperpolyglots and start with Mezzofanti.

Russell begins by devoting nearly a quarter of the book to describing a menagerie of polyglot scholars, monarchs, missionaries, explorers, and warriors who knew many languages. That’s the “introductory memoir of eminent linguists, ancient and modern,” of the book’s subtitle. Methodically Russell lists them by region or nation. Most came from European countries, though Mithridates makes an appearance. Most are also men, though he devotes a section to women, including a Russian Princess Dashkoff, Cleopatra, and someone named Elizabeth Smith, who had taught herself French, Italian, Greek, Latin, Spanish, German, and Hebrew. Part of the chapter discusses infant prodigies and unschooled polyglots, such as the British traveler Tom Coryat (1577-1617), who walked all over Europe and Eastern Mediterranean countries, accumulating Italian, Turkish, Arabic, Persian, Hindustani, and probably a dozen other languages he had no use for at home. He walked two thousand miles in the same pair of shoes, which he hung on the wall at his hometown church as an offering. 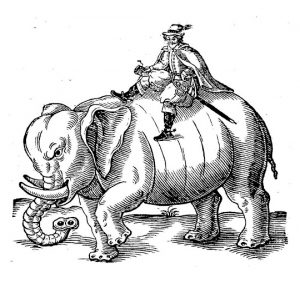 The polyglot and traveler Thomas Coryat as pictured in the frontispiece to his Thomas Coriate, Traueller For the English Wits (1616)

Russell’s book is full of singular details like this, or the one in his capsule portrait of the American, Elihu Burritt (1810-1879), who “rose early in the winter mornings, and, while the mistress of the house was preparing breakfast by lamplight, he would stand by the mantel-piece with his Hebrew Bible on the shelf, and his lexicon in his hand, thus studying while he ate.” Dropping in mundane details don’t humanize as much they amplify the miraculous nature of the personage. It’s a stylistic trope from the hagiography that Russell borrowed.

In the same way, he sets Mezzofanti’s monumentalism against the gifts of all those lesser saints. “Cardinal Mezzofanti will be found to stand so immeasurably above even the highest of these names,…that, at least for the purposes of comparison with him, its minor celebrities can possess little claim for consideration,” he wrote. Over and over, he states that his goal is to assess the claims made for Mezzofanti’s language abilities and to measure, once and for all, the cardinal’s abilities. He resists the urge to recount anecdotes about him (though a few are too good to resist, such as the time that Lord Byron and Mezzofanti had a swearing match; after Byron’s stock was exhausted, Mezzofanti asked, “Is that all?”), opting instead to collate first-hand reports from native speakers who witnessed Mezzofanti using languages. It’s as if Russell wanted to singlehandedly rescue him from the cabinet of curiosities where he had been abandoned by science. (Even though Mezzofanti lived at the height of phrenology in Europe, his skull was apparently never an object of fascination, not while he was alive, anyway.) Russell scours the literature and solicits accounts from Mezzofanti’s contemporaries. Collecting them, he concludes that Mezzofanti spoke 72 languages to varying degrees.

Russell’s biography is also important as a counterpoint to three shorter, sharper papers delivered by Thomas Watts, who was said to know 50 languages himself, before London’s Philological Society in 1852, 1854, and 1860. His 1852 paper was the first time various accounts of Mezzofanti had been collected in English, the earliest from 1806. Over the next decade or so, Russell and Watts wrote about the other’s work with alternating praise and exasperation. While Russell’s biography “is not a blind and unreasoning admiration,” Watts writes, it “may still be suspected of being drawn with too courtly a pencil.” He then proceeds to take Russell to task for over-counting Mezzofanti’s languages, which he puts at “60 or 61.” Later Russell agreed with that figure, if one subtracted languages in which Mezzofanti had only a basic knowledge of the grammar and some vocabulary. 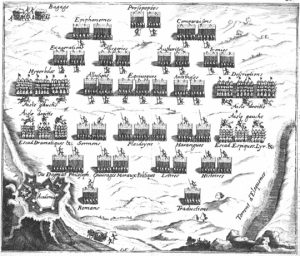 Unlike Watts, Russell had met Mezzofanti in Rome several times, the first time in 1841. At 67 years old, the cardinal was not feeble though diminutive, his shoulders slightly rounded; he had a full head of “almost luxuriant” gray hair. One day after a meeting in the Vatican, Russell heard Mezzofanti converse, “with every appearance of fluency and ease,” in seven languages: Romaic, Greek, German, Hungarian, French, Spanish, and English. Two years later, on another trip, he witnessed Mezzofanti’s performance at the annual gathering of students from all over the world at the Propaganda of the Faith. They got up and recited poems in 42 languages, many of which had apparently been looked at by Mezzofanti. (In the Mezzofanti archives in the Archiginnasio Public Library in Bologna, I found a great number of these poems written in Mezzofanti’s hand.) But the real performance came after, when students gathered around him and engaged him in their languages. Mobbed Mezzofanti spoke this language, then that, Chinese, Peguan, Russian, and others, “hardly ever hesitating, or ever confounding a word or interchanging a construction,” in a “linguistic fusilade.” Russell added, “I cannot, at this distance of time, say what was the exact number of the group which stood around him, nor can I assert that they all spoke different languages; but making every deduction, the number of speakers cannot have been less than ten or twelve; and I do not think that he once hesitated for a sentence or even for a word!”
One hundred and fifty years later, the modern hyperpolyglot hunter has more tools for understanding Mezzofanti’s abilities than either Russell or Watts did. Yet we’re not much further than they were in focusing on a number of languages as the most salient way to characterize these sorts of language talents. Digging into the neurological questions – what sorts of brains do these people have, and are they different from other brains, and if so, how – it’s important to stay connected to the subjective experience of being someone like Mezzofanti. He wrote little about himself, but this poem, in English, which I found in the Archiginnasio, suggests that the modesty attributed to him (even as cardinal, he didn’t allow anyone to kiss his ring, as is customary) was not just another performance, and that the man himself wished to be on the periphery, not the center of attention.

Why do you ask my name?
Why will you have it here
Where many names appear
illustrious, known to Fame.
But since you are so kind,
I write it, and remind =
what World offers is vain
Oh let us Heaven gain!

The Life of Cardinal Mezzofanti; with an introductory memoir of eminent linguists, ancient and modern (1858) by Charles William Russell