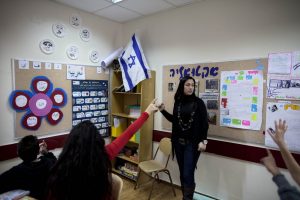 A teacher from the Arab town of Kabul gives an Arabic class to Israeli schoolchildren. AP Photo/Oded Balilty 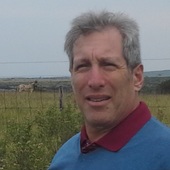 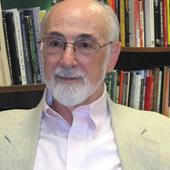 According to a 2017 Pew Research Center poll, many people believe language is “the core of national identity.”

More than 70 percent of the population of the United States, Europe, Australia and Japan agree on this. And yet, as scholars of linguistics and political science, we know that people pay too little attention to language, while overemphasizing religion, history and culture, when identifying sources of conflict.

In contrast to many other factors, language is deeply rooted and not easily swept aside. Nowhere is the role of language in conflict more evident than the Middle East. These conflicts frequently infringe upon the rights of linguistic minorities to use their languages freely and without prejudice.

For example, this is a central factor in the case of Turkish Kurds and the lesser-known struggles of Berber (Tamazigh) people in southern Libya.

Israel is no exception.

There, language has played a major role in perpetuating the Israeli-Arab conflict and could play a role resolving it.

The linguistic underpinnings of the current situation in Israel and Palestine go back to British rule over the territory between 1922 and 1948. At the time, English, Hebrew and Arabic were all official languages of the Palestine Mandate – a former part of the Ottoman Empire comprising modern-day Israel and Jordan, which was ruled by Britain after World War I. When Israel declared independence in 1948, English was eliminated from this list, due in part to Israeli animosity toward British colonizers.

Since independence, Hebrew and Arabic have shared status as de facto official languages of Israel. However, their status is nowhere near equal. Further, Israeli society is far more linguistically complex than its two official languages would suggest.

With a population that is around 80 percent Jewish, Hebrew’s status outstrips that of Arabic. Until recently, Israeli Arabs have been required to learn Hebrew starting in third grade, but Hebrew-speaking Israelis have had Arabic language instruction in their public schools beginning only in seventh grade.

While Arabic in public spaces is officially sanctioned, some sectors of the Hebrew-speaking community have expressed hostility. There have been vigilante acts against its officially sanctioned use, such as spray-painting or papering over Arabic street signs. Such events have magnified the social distance between the Hebrew- and Arabic-speaking sectors. With Israeli Arabs being more fluent in Hebrew, it is Hebrew speakers who are socially disadvantaged by not being able to communicate with fellow Israelis who speak Arabic.

As noted above, the language conflict is far more complex than “Hebrew versus Arabic.” Jewish and non-Jewish communities in Israel have partly overlapping linguistic, ethnic and religious identities. For example, there are several distinct varieties of Arabic used in Israel: standard Arabic, Palestinian Arabic, Bedouin Arabic and Judeo-Arabic. Speakers of some of these varieties, such as Palestinian and Bedouin Arabic, cannot always understand each other.

Israeli Jews speak not only Hebrew and Arabic but also English, Yiddish and French. Israel is also home to the third-largest Russian-speaking community outside the former Soviet Union, after the U.S. and Germany.

These major and minor language divisions leave Israelis of all affiliations struggling with great “social” distances inside their small country. That is, even though people share public spaces – traveling, walking, playing and shopping alongside one other – they remain distant strangers without a common language. This distance is a problem in that it perpetuates and exacerbates Israel’s internal conflicts.

Estimates show that only 10 percent of Israeli Jews are fluent in spoken Arabic. Fewer can read and write the language. Even Arabs who know Hebrew are often not inclined to use either language in their interactions with Israeli Jews, preferring instead English as a neutral medium. Speaking Hebrew, even in mundane circumstances, can be a dangerous political act for an Arab. Two years ago, an Israeli Arab was attacked when overheard speaking Hebrew in East Jerusalem.

Recognizing this problem has led some to try language-oriented solutions. In the past 10 to 20 years, Hebrew-Arabic bilingual schools have been established in different parts of the country. These schools are involved both in raising a generation of truly bilingual children and in growing the students’ families into bicultural communities. While still somewhat experimental, we believe they have enormous potential for creating a population of Hebrew-Arabic speakers who will understand each other and coexist in the most fundamental sense of the word.

It appears their preliminary success has not been lost on Israel’s educational establishment. In 2016, Israel’s Ministry of Education mandated Arabic language classes, beginning in first grade, in public schools where Hebrew is the language of instruction. This move generated opposition and has not yet led to fully bilingual education. Yet, analysts’ and policymakers’ recognition of the need to use language solutions promises to open new and gradual pathways to resolving the conflict.

Moreover, recognition and use of language-based solutions to conflict, if successfully applied here, might in fact serve as a model for the resolution of some of the other, more destructive and protracted, conflicts that have long plagued the region.