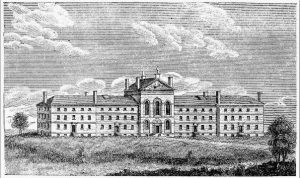 Meeting the eligibility requirements of the Poor Laws was not easy in pre-1935 America. 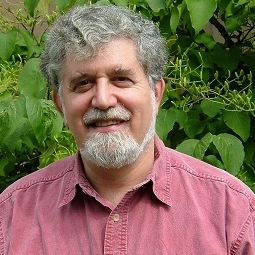 For an amazingly long three hundred years prior to the passage of the Social Security Act of 1935, the only aid available to people who were poor, elderly, disabled, widowed, orphaned or otherwise in need came from local authorities who administered the “Poor Laws,” laws which came to the United States with English settlers in the 1620s. Whether you were a once-prosperous man who was hurt in an accident or a poor woman who had an illegitimate child, you needed to go to your town or city’s Overseers of the Poor, who would judge whether you were “deserving” or “worthy” enough to secure some minimal aid. They also examined whether you were a person deemed “settled” in the particular town or city. Overseers of the Poor were local officials, like selectman or freeholders, who usually knew little or nothing of poverty but came from the middle or even upper classes. Some no doubt were compassionate, some not so much.

Meeting the eligibility requirements of the Poor Laws was not easy. Widows or elderly who were well known in a town were often granted small amounts of aid at home, usually food or fuel, but many people, particularly unemployed men who looked able to work (including many we today would see as mentally disabled) and women who were judged as immoral (particularly if they were sexual outside of marriage), were frequently found unworthy of aid. Gradually American reformers hoped to move those they considered the “undeserving poor” into almshouses or poorhouses, if they gave them any help at all. Aid for those who received help at home was called “outdoor relief,” as you did not have to give up your home and independence to move into an institution, which was called “indoor relief.” Settlement was extremely hard for poor people to achieve. Particularly after the great immigration of the mid-nineteenth century, many states raised the number of years a person had to live and pay taxes in one town to as high as seven years to qualify for residence. Women, who were not seen as citizens, could gain settlement only if their husbands or fathers had this record of settlement. Of course, no recent immigrant could achieve such settlement, so they were often denied aid by the Overseers of the Poor, and if they got aid at all, it would be in a poorhouse.

The “poorhouse” still struck fear into people’s minds into the late twentieth century. My mother would say, “you are driving us to the poorhouse!” if I asked for something slightly expensive. It was not a joke. The Monopoly game included until recently a card that said, “Go to the Poorhouse! Lose a Turn!” This was not a good thing. Poorhouses (almshouses were simply the same thing with the old English word “alms” for charity used) started out rather small, sometimes in private homes, and at first were scattered in America. But in the 1820s, when America ceased being a completely agricultural society and began to receive more immigration, reformers such as Josiah Quincy in Massachusetts and John Yates in New York led a drive to build almshouses or poorhouses in every town and city. Their purposes were deeply steeped in a desire to not only save money but also to deter the “undeserving poor.” As stated in the Yates Report:

“The present poor laws tend to encourage the sturdy beggar and profligate vagrant to become pensioners upon the public funds. These provisions operate as so many invitations to become beggars…. Outdoor relief [had] blunted his proper instincts, or in the words of various overseers of the poor, served to relax individual exertion by “unnerving the arm of industry,” and weakened the “desire of honest independence.”(quoted in Rothman, 1971)

As David Rothman (1971) has well documented, the reformers of the Jacksonian period dreamed of a “utopian world” in which almshouses — as well as the mental asylum, prison or penitentiary and orphanage — were positive institutions which would “reform” the characters of people who were poor or deviant and which would serve as a model for citizens who were not incarcerated. Today experts generally do not believe institutions provide rehabilitation, but for many decades Americans, at least of higher classes, seemed to believe they did.

Between the 1820s and the late nineteenth century there was a huge growth in the number of poorhouses in America. Some were small, even homey, and held ten or twelve people with a superintendent and a matron, usually his unpaid wife. Large cities and some states had more notorious concrete block institutions which held thousands. Among the most notorious was the Tewksbury Almshouse in Massachusetts, near the large industrial center of Lowell. Bellevue Almshouse in New York City, now Bellevue Hospital, and Cook County Almshouse in Chicago, later Cook County Hospital, were other examples of large poorhouses. Over time, who entered the almshouse changed. For most of the nineteenth century, unemployed men came in and out of the poorhouses, and a large permanent population of people, including the aged, mentally and physically disabled, constituted the bulk of the “inmates.” Reformers made efforts to remove from the poorhouses the mentally ill (an objective of the famous Dorothea Dix), children, the “feeble minded” (developmentally disabled) and “fallen women” (woman perceived as immoral or prostitutes). As these reforms gained momentum, most people who had no choice but to stay in poorhouses were elderly. By the 1880s, the fear of the poorhouse as being the place to die had so permeated the American culture that a ballad “Over the Hill to the Poorhouse” by Will Carleton became a major musical hit. It went in part,

Over the hill to the poor-house I’m trudgin’ my weary way—
I a woman of 70 and only a trifle gray—
I, who am smart an’ chipper, for all the years I’ve told,
As many another woman that’s only half as old. . .
What is the use of heapin’ on me a pauper’s shame?
Am I lazy or crazy? Am I blind or lame?
True, I am not so supple, nor yet so awful stout:
But charity ain’t no favor, If one can live without
Over the hill to the poorhouse—my child’rn dear, goodbye!
Many a night I’ve watched you when only God was nigh:
And God’ll judge between us; but I will always pray
That you shall never suffer the half I do today. (Carleton, 1882)

Despite the horror that poorhouses conjured, the ingenuity of the poor and disabled and their resilience often undermined reformers’ plans. Shortly after the Civil War, because of the 14th Amendment to the U.S. Constitution against “involuntary servitude,” poorhouses became technically “voluntary,” like today’s homeless shelters. You could not be forced physically to remain there. Some people who were convicted of drinking or loitering could still be forced into an institution, but by the late nineteenth century, these were usually workhouses or houses of correction. The ambiguity of an institution once coercive but later voluntary led to interesting stories. A famous story by Sarah Orne Jewett describes a small Maine almshouse where elderly people came by choice each winter to avoid paying their heating bills and to have comradeship (Jewett, 1956). My own research found that well into the mid-twentieth century, officials in many towns and cities complained that men and women came in and out at will and gave not the least respect to their betters. New Hampshire counties had “county homes” (still another name for the poorhouses) into the 1960s. I interviewed people who also went seasonally into these homes for companionship (Wagner, 2005).

In some ways, the story of the Tewksbury Almshouse differs from local almshouses due to its size and state sponsorship. (Rhode Island was the only other state to erect state almshouses.) However, generally speaking, we need to keep in mind both the terror and stigma of the “House” and the fact that the inmates (as they were called in some areas until the 1960s) did routinely use the poorhouses for their own ends.