Every citizen of Rome became his client and he the unchallenged sole ruler.

His conquests made Augustus the richest man of the Roman Republic. He could afford to cover all expenses that up to then had been covered by the whole of the Roman aristocracy together. Thus every citizen of Rome became his client and Augustus unchallenged sole ruler.

The Enemy is Defeated 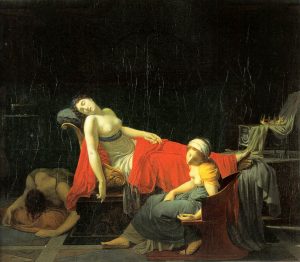 After the Battle of Actium, Egypt fell into the hands of Octavian, the victor. The defeated, Marc Antony and his Egyptian queen, committed suicide. 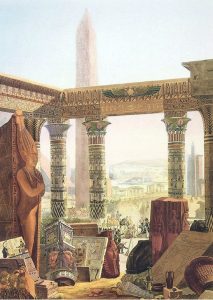 Illustration from ‘Description de l’Egypte’, between 1821 and 1826. Photo: Wikicommons.

Octavian finally had access to the resources of a country that could have been part of the Roman Empire long ago. Egypt was weak, but the senate had refrained from invading it so that no senatorial member could win its enormous resources. From then on the land of the Nile was put directly under the control of the emperor. He considered the ‘Granary of Rome’ his personal property and no one was permitted to set foot on it without his explicit consent.

Octavian’s newly acquired riches allowed for a personality cult like Rome had never seen it before. Coins, statues, buildings and literature from the time all bear witness of Octavian’s celebration of himself as the founder of the golden age. This coin motif alludes to the solemn ceremony in which, during times of peace, the temple doors, the ‘Gates of Janus’, were closed. Despite a historical reality in which Augustus fought more wars than any other Roman emperor, he continues to exist in our memory as the peace-making emperor. 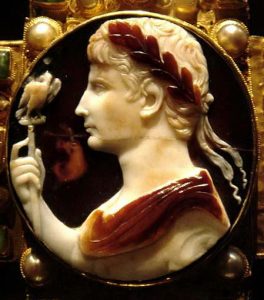 On his return from Egypt, Octavian was confronted with the same problem like his adoptive father before: How to win the former ruling class over in his favour, move them to cooperate and preclude the possibility of opposition to his politics.

Same on the Outside, Different on the Inside 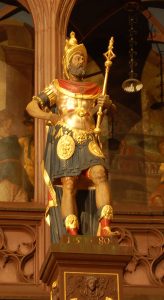 Statue of Plancus in the city hall in Basel, Switzerland, 1580. Photo: Wikicommons / Wladyslaw

Octavian only superficially retained all structures of the former republic, while simultaneously securing enough offices and responsibilities that no other politician could even come close to his power and resistance became futile. At the same time, he elevated himself to an almost divine status by celebrating himself as the country’s founding father. By request of his client Lucius Munatius Plancus the senate bestowed on him the honorific name Augustus, which sounded an almost superhuman quality. 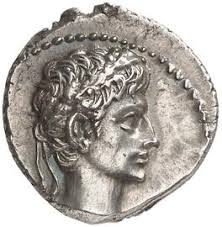 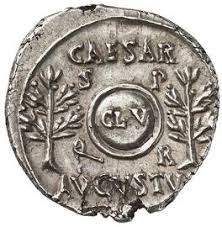 Augustus, as we will refer to him from now on, made sure to receive countless honours rooted deep in the republican tradition. Already their sheer quantity made him exceptional. By request of the senate, two small laurel trees, like those traditionally decorating the offices of high priests, were set up on either side of his front door. The laurel is depicted on this coin, here framing the golden shield put up in the senate in his honour. It praises the emperor’s virtues: valour, piety, clemency and justice.

Where Is It, the Republic? 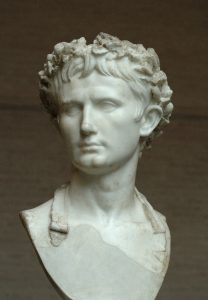 Although the traditional offices continued to exist, Augustus by far surpassed them in power. In addition, he issued and assumed unprecedented full powers. In effect, he was commander in chief of the Roman army. He had the power to call the senate into session, set the agenda, propose laws and veto decisions.Plus, most senators had become his clients, owing him either money or favours, so that they were bound to support his politics. Despite its Republican facade, Rome was once more ruled by an autocrat. 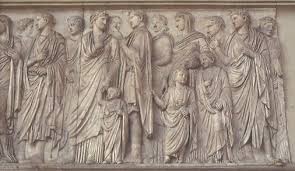 Augustus always emphasised that he did not understand himself as a king, such as they were known abroad. Instead, he called himself princeps, first. The offices of Princeps Senatus (= the first in the senate) and the Principes Iuventutis (= the first among the young) had already existed in the time of the Republic.The form of government founded by Augustus is accordingly called principate. 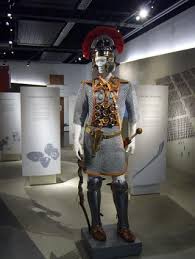 As commander in chief of the Roman army, Augustus was facing an insoluble problem: how to reduce the size of the military, greatly increased during the civil war. He did not possess enough land to retire dispensable legionaries. That meant that he had to both pay and keep busy a professional army of 28 legions (c. 150,000 to 160,000 men).

Two Birds with One Stone 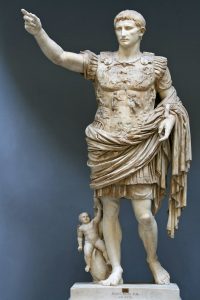 By continuous engagement in war, he killed two birds with one stone: The legions were kept busy and financed themselves by war booty. Augustus made certain that the senate vested him with the power over those provinces whose borders provided potential for armed conflict. Thus
he could be sure that both war booty and revenue from newly acquired sources would end up lining his pockets. 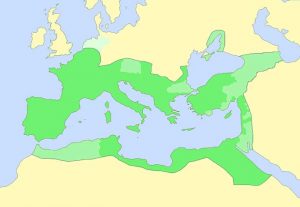 Many prosperous territories were annexed to the Roman Empire under Augustus. Just think of the Alpine region or northern Spain with its vast gold mines. Even the conquest of Germania had been on the agenda, but ended – as we all know – with the Battle of the Teutoburg Forest. 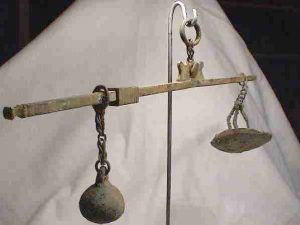 Leasing land, proscriptions and confiscations earned Augustus enormous sums. Plus, he inherited more and more money over time: According to the records of Suetonius, the revenue from inheritances alone amounted to no less than 1.3 billion sesterces in 20 years, a sum which equals government spending of two to three years.

Augustus used his booty to finance construction programmes, lavish games and payments of all sorts. In his statement of accounts, the ‘Res Gestae’, he lists all payments made to Roman citizens in the form of money or grain.

The Temple to Augustus Inscribed with Res Gestae 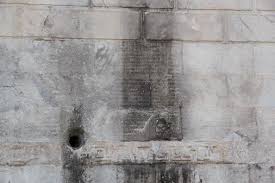 The most complete copy of his report, the so-called Monumentum Ancyranum, is inscribed on the walls of the temple to Augustus and Roma in modern-day Ankara. Here, Augustus describes his rise to power from his own perspective. 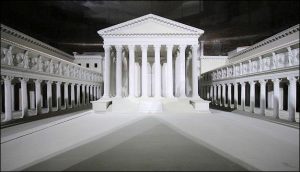 His financial commitment – visible in donations, in sponsoring public construction works – rendered him patron of the Roman people and the entire people his clients. Money bought Augustus the loyalty of the people’s assembly.

Augustus single-handedly paid for everything that had previously been paid by the whole of the Roman aristocracy. He decided who paid taxes and how much, and who received his financial support. Thus Augustus – and all of his successors – became not only sole ruler but also the most important economic power in the Roman Empire.

Originally published by the Money Museum, reprinted with permission for educational, non-commercial purposes.