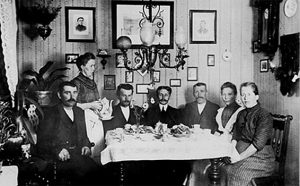 International readers of the late Stieg Larsson’s novels often comment on the role of coffee drinking as a part of his stories. While drinking coffee is completely normal, what prompted the reactions was the sheer volume of coffee described in his books. Could anyone possibly drink that much coffee, that regularly? As anyone in the Nordic countries would tell you, yes.

Let’s take a look at what role coffee plays in the unfolding novels of the Nordic countries – our languages. Seeing when and how coffee is used could shed light on the greater role of coffee in our societies.

Roughly speaking, the Nordic languages can be divided into two camps: mutually understood or not. Swedish, Danish and Norwegian, due to historical and geographical circumstances, have languages that are similar to the point of being mutually understood, with many of the same words and turns of phrase.

Icelandic has grown out of the Norwegian that was spoken around the year 870, when the island was settled by vikings. It is slightly similar, but different enough that English is the preferred language of communication. Finnish is part of the Uralic family of languages, and shares almost nothing with the other Nordic countries, though Finns study Swedish in school.

The Social Role of Coffee

Through asking people about their views on Nordic coffee traditions, we quickly realized that one of the defining features of a Nordic coffee culture is the social role of coffee. Social activities that revolve around the consumption of coffee range from the organized to the spontaneous. 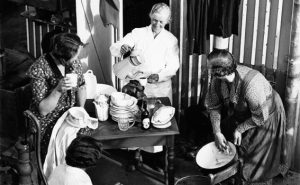 Danes and Norwegians use the word kaffeslabberas to mean an informal social gathering where coffee and cake is offered, sometimes as a standalone event, other times after a dinner. Swedes use kafferep for the same, and Icelanders kaffiboð.

At weddings, people will some times be invited specifically for the bryllupskaffe, or wedding coffee reception. This is a small reception following the wedding, where, naturally, coffee is served.

In the mid-1800s, as alcohol production was being taxed more and more heavily and at-home production and consumption was reduced significantly, coffee began its ascension to the throne. Kirkekaffe, or church coffee, became a social institution: after every service, the parishioners and clergy would host an informal gathering where coffee and cakes were served.

Kirkekaffe helped build a community around the church and between the parishioners. Today, it is a central tradition in the Protestant churches of the Nordic countries, to the point of being referred to as the third sacrament. On Iceland, kaffi og meððí, where meððí is a catch-all term for anything that goes well with coffee, is offered after services. 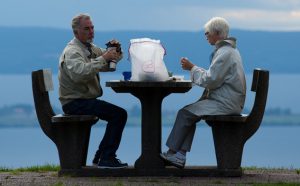 Kaffi Meððí/meðví/með því is very common in Icelandic today, and is roughly analogous to the Swedish concept of Fika, as is the (somewhat outdated) Finnish mennään kahville. Though Fika is hard to accurately describe, it describes a light, spontaneous meal or break consisting of one or more cups of coffee accompanied by something sweet, or perhaps even a typical savoury open-faced sandwich.

The word fika was coined in the 19th century, and is “back slang” for kaffi. Back slang is formed by reversing the syllables in a word; hence kaffi became fika.

Offering a visitor a cup of coffee has historically been an important part of Nordic hospitality. On Iceland there are several concepts that revolve around this. Tiú dropar – ten drops – is a small cup of coffee offered to someone who is only stopping by for a short time, perhaps going door-to-door. It fulfills the obligation of the host without forcing coffee on the guest.

Common to Icelandic, Swedish, Norwegian and Danish – with variations – is also the kaffetår, meaning a small drink of coffee. The largest coffee chain on Iceland is called Kaffitár and is named for this term.

That coffee is an important part of everyday life is obvious when we see how intertwined it is with the passing of the day: from the Finnish aamukahvi to the Icelandic kvöldkaffi – morning and evening coffee, respectively – an entire day could be divided into discrete parts by the consumption of coffee.

During work, there’s aways time for a kaffepause if you happen to be kaffetørst – thirsty for coffee. A coffee break is often a way to reward and relax oneself: for students and workers alike, the coffee breaks is an essential part of the day. It breaks up the monotony and allows for socializing with friends and colleagues; even if enjoyed alone, a good cup of coffee is an excellent reward.

On Iceland, kaffitími or even the abbreviation kaffi is used for 15:00, traditionally the big coffee break in between chores on the farms. The Swedish kaffedags is more flexible and literally means “time for coffee”.

We’ve previously covered the Nordic tradition of *turkaffe* – hiking coffee. Closely related to the turkaffe is the concept of the kafferast. A rast is a break taken while out hiking or travelling, and is subtly different from a normal pause. While out hiking, coffee is such an integral part of the experience for many people that a rast without coffee is no rast at all.

According to one of our readers, twitter user @ghveem, the indigenous people of northern Norway, Sweden and Finland – the nomadic Sami – used to measure the distance they were hiking in terms of kaffekok, or brews of coffee.

While strong coffee has had its place, balance has traditionally been an important criteria in coffee brewing. Weak or thin coffee has almost always been derided.

The people of Iceland have come up with rather colourful ways of describing the taste and appearance of thin coffee: hland, ærpiss and the very specific nærbuxnaskol. Hland simply means pee; ærpiss – ewe’s piss, is slightly more offensive; nærbuxnaskol – undergarment fluid, definitely conjures up qualities that would be undesirable in a cup of coffee. Or anywhere for that matter – including undergarments. 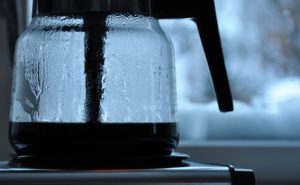 To describe the typical pot of coffee that has been standing on a burner for hours on end and would sear the stomach lining of even the most hardened coffee drinker, the Finns offer a deceptively simple, but specific word: sumppi.

Strong coffee, such as the Norwegian kruttkaffe – gunpowder coffee or the Icelandic blék – (black) ink, are sometimes considered positive, depending on how in need of coffee you might be. But be careful not to reach the state of what the Danes refer to as kaffeangst – coffee angst – by consuming too much!

We would be remiss not to mention the myriad of ways Nordic people have found both to combine and refer to mixes of coffee and alcohol. Here is a representative selection.

The Icelandic prestakaffi – priest’s coffee, and the Norwegian karsk, both representative of what can only be described as a pan-nordic recipe, is made following these simple steps:

On the sweeter side, the Danish and Swedish kaffepunsch and the Norwegian kaffedokter are concoctions of coffee and spirits sweetened with sugar. 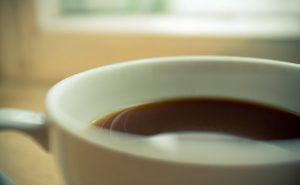