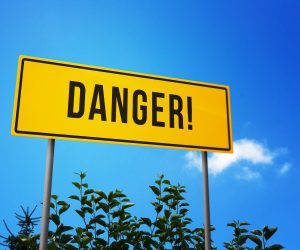 My recent columns on Donald Trump have generated a consistent response from his supporters:

“If … that lying psycho b—- wins, there will be nothing left of this country. You better stock up on bullets to protect your house!”

“Keep preaching to the Hillary choir.”

“Please notify me when you are going to write your column on the lies of Hillary Clinton. Oh, excuse me, that’s not happening is it?”

These people are not defending the indefensible Trump but accusing me of being in the tank for Clinton. And I do support Clinton — but only in the sense that I would support a ham sandwich for president if it were the only thing standing between Trump and the Oval Office.

Moderates and reasonable Republicans who are considering voting for Trump portray it as a choice between two unpalatable options. But it isn’t. It’s a choice between one unpalatable option and one demagogue who operates outside of our democratic traditions, promoting racism, condoning violence and moving paranoia into the mainstream. This presidential election is not about party or ideology. It’s about Trump’s threat to our tradition of self-government.

You’d be hard pressed, reading my coverage of Clinton over the years, to think me a fan. I mocked her 2008 campaign with comparisons to Monty Python’s dead parrot and black knight sketches. I generated justifiable outrage with a video reference to Clinton in 2009 that was a failed attempt to play on a Tina Fey sketch. I’ve called Clinton obsessively secretive. Her handling of matters from Whitewater to her email server has encouraged doubts about her honesty. Though I’m excited about the United States electing a woman as president, Clinton is a poor retail politician and a too-cautious leader.

If Marco Rubio or John Kasich were the Republican nominee, I suspect we would now be writing Clinton’s political obituary — and I’d be content finding absurdities on both sides. Though I don’t hide my center-left views, I prefer a pox-on-both-houses approach.

The singular danger of Trump makes this year different. Trump isn’t really a conservative or a Republican. Voters know this, which is why Democratic efforts to tie down-ballot candidates to him aren’t working well. When Trump (hopefully) is gone, these surviving Republicans need a reckoning to reclaim their party from the fringe.

This coming week, I’ll be talking about Trump, and how we speak to children about Trump, to teachers at my daughter’s school. The school is understandably wary about appearing to take sides in a political contest. But I’ll say such reluctance should be set aside, because Trump stands opposed to the civic values we teach children.

He shows an autocrat’s disregard for our constitutional system. He bans news organizations that he doesn’t like. He wants to “open up” press laws to weaken the First Amendment. He claims an American-born federal judge can’t be impartial toward him because of his Mexican heritage and threatens to use the presidency to go after him. He once said he would order the military, illegally, to torture detainees and target innocent civilians. He has talked of banning members of an entire religion from entry into the United States and forcing those here to register.

Trump invites violence as a political tool. He suggests “Second Amendment people” — gun owners — could stop judges Clinton nominates. He has spoken of paying the legal fees of supporters who assault hecklers at events, saying things like “knock the crap out of them” and “I’d like to punch him in the face.” Trump has alleged the vote will be “rigged” against him, and those around him suggest violence could ensue. There have been dozens of incidents of violence at Trump events, including by his then-campaign-manager.

Trump brought racism and paranoia into the mainstream with his “America First” campaign and his leadership of the movement challenging Obama’s American birth. He hesitated to disavow David Duke and the Ku Klux Klan. His tweets have included messages from white supremacists, a Jewish star atop a pile of cash, phony crime statistics that originated with neo-Nazis, a quote from Mussolini, even an image of Nazi soldiers superimposed on the American flag next to Trump’s likeness. Trump has mocked Asian accents and the disabled. He has said “half” of the 11 million illegal immigrants are criminals.

So how do we talk to children about Trump? We tell them what Holocaust survivors have told me: that what Trump is doing reminds them of 1930s Germany, and that grown-ups are not going to let that happen here.