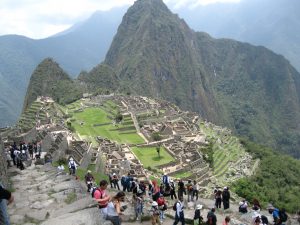 Is UNESCO’s prestigious lists of tangible and intangible heritage damaging the very existence of the sites on them? 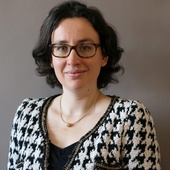 The principle of world heritage promoted by UNESCO is of crucial importance at a time when tourism has become a global phenomenon, involving more than a billion people and generating an annual revenue of nearly US$1245 billion in 2014.

With the 1972 Convention concerning the Protection of the World Cultural and Natural Heritage, UNESCO created the list of sites thought to be of exceptional value. While listing does not automatically lead to funding for the protection of listed sites, and although UNESCO is powerless to stop them being destroyed or damaged (like the Buddhas of Bamiyan in Afghanistan, destroyed by the Taliban in 2001, or the Temple of Baal in Palmyra, Syria, demolished in 2015), the list of world heritage sites remains a key element of UNESCO’s work, and what it is best known for by the general public.

UNESCO world heritage listing confers prestige. It is sought after by countries wishing to promote their historical and natural assets, and gives them a place on the world stage.

The list of world heritage sites now comprises more than 1,000 sites. Another, the intangible cultural heritage list, was created in 2003 to catalogue practices, traditions, dances, customs and know-how, rather than physical sites. In part, its purpose is to redress the obvious asymmetry in the first list, which contains an overwhelming majority of European sites, while Africa is drastically underrepresented. Moreover, listed sites in Africa are mostly “natural” heritage sites, while Europe has a surfeit of “cultural” sites, such a churches and castles, that are already highly valued and do not necessarily require further protection.

In 1995, UNESCO also created a register called The Memory of the World, listing significant and sometimes endangered or fragile artefacts of human documentary heritage, such as the Bayeux tapestry.

It would be easy to assume that these initiatives unite people in a common effort to protect shared cultural heritage. In fact, they often spark power struggles and rivalries, or even open conflict, demonstrating that the principle of heritage can be appropriated for financial, political or geopolitical ends.

The most striking example is the conflict between Japan and China following Japan’s recent request to have 333 letters from second world war kamikaze pilots included in The Memory of the Word registry. These goodbye letters, written by pilots to their families before their final attack, often reflect their pride in fighting for what was then a racist and imperialist regime, allied with Nazi Germany. 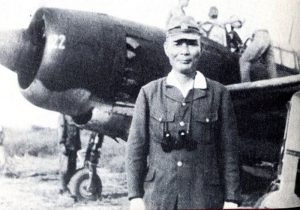 China objected and in turn asked for, and was granted, the inclusion of a set of documents pertaining to the 1937 Nanjing massacre, carried out by Japanese forces, which reportedly claimed 300,000 Chinese lives. This is a clear example of the listing being used as an extension of hostile relations between China and Japan, whose memories of the second world war are still a sensitive subject.

Several cases illustrate the problematic nature of UNESCO’s heritage protection measures. Very often, the principle of world cultural heritage is diverted from its official purpose and used to promote tourism, or for political and economic reasons. In his study of UNESCO’s heritage policies, anthropologist David Berliner speaks of the “Unescoization” of the small heritage listed city of Luang Prabang in Laos. He demonstrates that one of the contradictory consequences of UNESCO protection is intense tourism development. 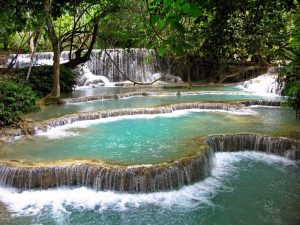 The development of tourism has idealised traditions, which are being staged, sometimes inaccurately in Luang Prabang. Historical events, such as those of the Vietnam War and the colonial era are completely neglected.

Heritage listing can also have adverse consequences, as has often been the case in Africa. Saskia Cousin and Jean-Luc Martineau studied how customs and traditions can be exploited following their appearance on the list of world heritage sites. In their study of Nigeria’s “Sacred Grove” in Osun-Osogbo, they demonstrated that lobbying, combined with political and economic interests, played a central role in its 2005 listing.

In this particular instance, it was politically desirable to attribute historical depth to the new capital of the state of Osun, in order to compete with the rich past of its rival city, Ife.

The inclusion of the Sacred Grove of Osun-Osogbo on the World Heritage list is the result of nearly 15 years of efforts on the part of Osun state to give itself cultural and historical legitimacy. 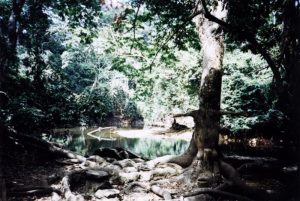 The Osun-Osogbo Sacred Grove in Nigeria was listed in 2005. Alex Mazzetto/Wikimedia commons

Prestigious as it is, the list of world heritage sites can also negatively affect sections of the local population. In Panama City, the 1997 listing of the historic Casco Viejo neighbourhoodrelegated its poorest inhabitants to the city limits. Meanwhile, the central district became a tourist attraction.

At the time, the Casco Viejo was a run-down neighbourhood. It underwent a radical transformation, resulting in the brutal eviction of people from the poorer classes, whose windows were boarded in attempts to force them out while the surrounding neighbourhood was restored and gentrified.

It is now largely inhabited by rich foreigners who buy up the best colonial buildings to sell off in parcels. Tourism in Panama City has increased exponentially since the heritage listing, homogenising the urban landscape and exacerbating inequalities.

The Casco Viejo, once a poor area of Panama city, has been cleaned up, redeveloped and preserved to attract tourists. Pilar Berguido/flickr, Creative Commons

These examples show how issues of heritage are closely linked to economic, social and political issues, and result in power disparities. Given the disproportionate role of officials and experts from Western countries in UNESCO’s heritage work, the organisation could be accused of imposing a Western vision of heritage on countries in the Global South.

In spite of these imperfections, we should commend UNESCO on its efforts to preserve our world heritage. But the visible imbalance in the list of sites simply reflects the economic, social and cultural inequalities of the North-South divide. These must urgently be addressed.