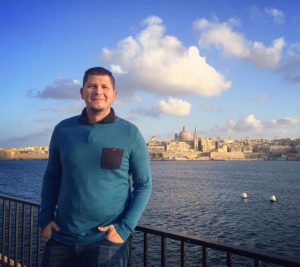 It’s not unusual for youth nowadays to speak more than one language, but 32-year-old Muhamed Mešić is not your typical polyglot. He can communicate fluently in 56 different languages and claims to understand over 70 of them.

Ever since he was a little boy growing up in Tuzla, an industrial city in the former Yugoslavia (currently in Bosnia Herzegovina), Muhamed Mešić was fascinated by languages. His exceptional talent for quickly learning to communicate in different languages was discovered by chance, when he was just 5-years-old. He was on vacation with his family, in Greece, and recalls being able to listen to their local neighbor speaking Greek and figuring out what he was saying from the situation they were in.

“This was the first time I met people whose language I couldn’t recognize,” Muhamed remembers. “I could listen to our neighbors talking and then figure out the meaning from the situation. At the end of the vacation, I was able to help my father to communicate with a local mechanic who repaired our car. My parents were shocked.”

But that was only the beginning of his journey to mastering as many languages as he could. When he was nine, he picked up Swedish from the Swedish soldiers stationed in his town during the Bosnian Civil War, and after the conflict he went on a trip to Hungary and managed to learn Hungarian as well. “In my first trip after the war to Hungary, my Grandmother demanded from me not to learn Hungarian, she said I didn’t need it. When I came back, I was afraid to tell her the truth,” he told The Jewish Journal.

Before long, his family realized that there was something special about Muhamed. The doctors who examined him concluded that it was his Asperger’s Syndrome (a light form of Autism) that allowed him to pick up new foreign languages so easily, sometimes unintentionally. He recalls that one time, a friend asked him to learn Latvian so he could accompany him on a business trip, and he was able to become fluent in the Baltic language in just 2 weeks, with the help of YouTube, two books and 43 cartoons. 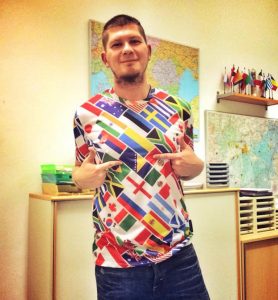 Asked how he came to speak Hebrew, Mešić said “When I was 12, I listened to a show on the radio with the president of the Jewish community in Bosnia. I was put on-line and asked him how I can learn the three languages of Judaism – Ladino, Yiddish and Hebrew. He laughed and asked: ‘all at once?”, and then recommended to start with Hebrew. At that time I also had a good friend who kept the VCRs of all the Eurovision Song Contests throughout the years. So this is how I started to learn Hebrew: by reciting Israel’s songs to the competition. I can recall all of them to that very day.”

But despite his remarkable ability to pick up foreign languages with ease, Muhamed Mešić is also 100% dedicated to his passion for languages and dedicates almost all of his time to studying and practicing them. Muhammed says that he hardly has any free time, which is tough for a 32-year-old, but at the same time, dedicating himself to his passion makes him feel happy and fulfilled. 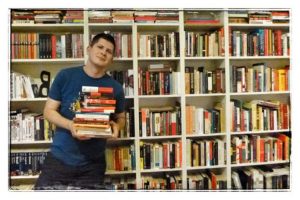 “I’ll be honest. I spend around 200 days per year on the plane. I am always traveling to various lectures, seminars, training … But I’m not complaining. I realized that you have to be a victim if you want to succeed and I really am one,” he told Radio Sarajevo. “It is important to have a goal and work hard to achieve it, and the results will come.”

Today, Muhamed Mešić speaks an impressive 56 different languages, from common ones like English or Portuguese, to Japanese and Georgian, and even tongues that most of us have never even heard of, like Kinyarwanda (official language of Rwanda) or Quechua (the language of the indigenous people of the central Andes of South America). Some of them he rarely gets to practice in real life, but that doesn’t make them any less important. 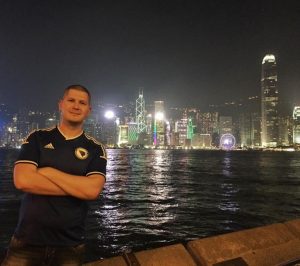 “I don’t focus on the plain profit from a language,” Mešić says. “I speak Icelandic for example, but I don’t think that I must do anything with it beyond speaking with friends and colleagues. Language is knowledge, and knowledge is happiness, and that’s what is important in life. A language dies when the people who speak it no longer relate to it as wealth, but as something redundant. And when it dies, the knowledge it carries in it dies with it.”

56 sounds like an awful lot, but Muhamed claims that the more languages you speak, the easier it is to learn new ones, because many of them have quite a lot of similarities. I’m sure linguists would agree, but still, being able to speak fluently in over 50 languages seem impossible. And yet, I am inclined to believe that this man is the real deal.

Muhamed Mešić’s official website is currently under construction, so I don’t yet have access to the full list of 56 languages he speaks. But he does have about a dozen videos uploaded on YouTube, where he speaks in different languages. And it just so happens that in one of them he is speaking Romanian. That’s my native language, and unless this man has actually been able to memorize a few minutes’ worth of speech, while also practicing his accent, he actually speaks Romanian a lot better than some Romanians. It’s mind-blowing, to be honest. Check out his YouTube channel, maybe he speaks your language too.

Asked how high he is ranked among the world’s polyglots, Muhamed said that there is no such ranking. “And besides: how can you define ‘speaking languages’? I know, for instance, a guy who can greet, thank and say goodbye in 500 languages. There are people who can speak 8 languages as their mother tongue, including scientific and technical expressions. And me? I don’t learn languages to brag, for me it is enough that people can understand me,” he added. Trust me, his Romanian is way above conversational, so he’s just being modest.