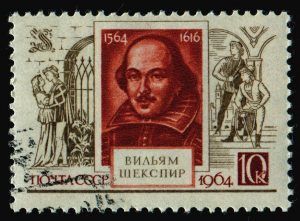 Centuries before the internet, Shakespeare became a global phenomenon. 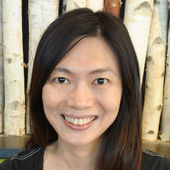 Other characters in the play use the verb in similar ways to refer to a broad range of altered states. Helena hopes to be “translated” into Hermia, her childhood friend and rival, while a love potion transforms characters that come in contact with it.

Appropriately enough, translation has come to define Shakespeare’s legacy. Since the 16th century, his plays and sonnets have been translated and performed all over the world in an ever-growing number of languages, dialects and styles. One of the most translated secular authors in the world, more than four billion copies of his works have been sold.

Why did Shakespeare – and not his contemporaries like Christopher Marlowe or Thomas Kyd – “go viral?”

A closer look reveals that his narratives contain qualities that are easily adaptable to different cultures and eras, and have given his works broad appeal outside his native England. It helps explain why, even before mass communication, Shakespeare was a hit with readers ranging from Soviet communists, to German Romanticists like Goethe.

Shakespeare’s global popularity is paralleled by the diverse settings of his plays.

As English audiences were becoming more attuned to the world beyond their own, Shakespeare’s comedies, tragedies and romances were often set in locales outside of England, Scotland and Wales – places like Athens, Elsinore (Denmark), Illyria, Troy, Cyprus, Cairo, Tunis, Bohemia, Verona and Venice. And many of his characters hail from various parts of the world, whether it’s The Merchant of Venice’s Prince of Morocco or the Indian pageboy from A Midsummer Night’s Dream.

While Shakespeare’s plays were initially performed in England and Europe, by the end of the playwright’s life they’d been transported to corners of the globe that would have seemed remote from the perspective of a 17th-century Englishman. In 1619, for example, Hamlet was performed in colonial Indonesia. 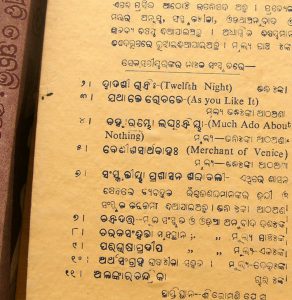 Translations of Shakespeare’s Complete Works began emerging in the 18th century. With time, to have a Shakespearean play translated into a country’s native language became an honor. When his translation of Hamlet was published in 1877, Portugal’s King Luis I was widely praised for “giving to the Portuguese Nation their first translation of Shakespeare.”

Today, several editions of Shakespeare exist in hundreds of languages. And a number of the translators are prominent figures in the world of letters in and beyond their own cultures: August Wilhelm von Schlegel and Paul Celan (Germany), Voltaire (France), Tsubouchi Shōyō (Japan), Rabindranath Tagore (India) and Wole Soyinka (Nigeria).

Literary translation can modernize the original text, making it culturally relevant to a specific time and place.

For this reason, Shakespeare in translation can appear as a contemporary of the German Romantics, a spokesperson for the proletarian heroes of the Soviet Union or required reading for communists.

New titles given to Shakespeare’s plays are suggestive of the preoccupations of the society that produced them. The 1710 German adaptation of Hamlet is titled Der besträfte Brudermord (The Condemned Fratricide), which suggests Germany’s interest in the legalistic and thriller aspects of the tragedy, rather than the prince’s moral dilemma. Meanwhile, Sulayman Al-Bassam’s 2004 Arabic adaption is called The Al-Hamlet Summit, which comments on terrorism and contemporary politics in the Middle East.

The elasticity of Shakespeare’s narratives allow them to act as a vehicle for discussion of taboo or difficult subjects, which vary depending on the audience they’re geared towards.

For example, Western directors, translators and critics of The Merchant of Venice tend to zero in on the character Shylock, the ethics of conversion and the play’s religious tension.

But in East Asia, the play wears a completely different mask: Portia is its central character, the female emancipation movement its main concern. Meanwhile, Asia’s nascent capitalism looms. Again, the titles reflect a shifting focus. In China, it’s commonly called A Pound of Flesh, while a 1885 Japanese adaptation was dubbed The Season of Cherry Blossoms, the World of Money. Meanwhile, a 1927 Chinese silent film adaptation of The Merchant of Venice was titled The Woman Lawyer.

Over the past century, stage, film and television adaptations of Shakespeare have emerged in every corner of the globe. Audiences, in turn, have become both an outsider and insider – exposed to shifting styles and interpretations, but familiar with certain aspects of Shakespeare. 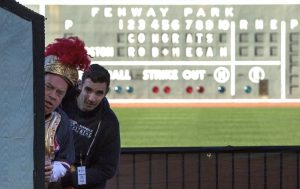 In 2014, Shakespeare was performed at Fenway Park, home of the Boston Red Sox. It was the first ever professional Shakespearean performance in a Major League Baseball ballpark. Brian Synder/Reuters

Shakespearean motifs and characters are found in popular shows like Star Trek, while stage productions utilize a wide range of styles (for example, physical theater companies like Synetic Theater) and languages (such as Klingon!).

Even in Britain, homegrown and touring companies have staged Shakespearean performances that may seem foreign to the sensibilities and linguistic repertoire of local audiences. Acclaimed directors such as Claus Peymann (Germany), Robert Lepage (Quebec) and Peter Sellars (US) have presented Shakespeare in styles borrowed from international theatrical traditions. They have also used multi-national casts, some of whom will speak in foreign languages on stage.

In 2014, the Royal Shakespeare Company announced a $2.4 million initiative to commission a new Mandarin translation of the Complete Works, setting an unprecedented example of a major translation of Shakespeare supported by British funds and led by a major British organization. The new translation will be part of a “global folio” of Shakespeare translations timed for the 400th anniversary of the First Folio.

Clearly, Shakespeare’s popularity and global appeal is only growing. And like any virus that adapts and changes to its host environment, the works of Shakespeare will continue to evolve into 21st century.