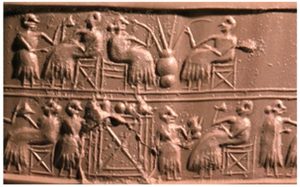 The discovery marks the earliest-known evidence of beer production among ancient peoples. 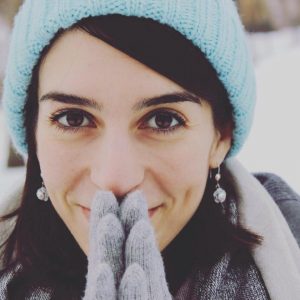 Since it was first discovered in 1956, Raqefet Cave, an archaeological site located near Haifa, Israel, has provided vital insight into an ancient group known as the Natufians. The remains of 30 individuals were unearthed there, along with animal bones, tools and plant impressions, indicating that the Natufians buried their dead on beds of flowers. Now, as Amanda Borschel-Dan reports for the Times of Israel, scientists have discovered that the Natufians also brewed beer at Raqefet Cave, possibly marking the earliest-known production of the alcoholic beverage.

The Natufians were a semi-sedentary, foraging people that lived in the Levant between the Paleolithic and Neolithic periods. It is believed that the Natufians served as a vital transitional link between hunter-gatherers and the earliest farming communities in the Near East. Hoping to learn more about this important group, a team of researchers led by Li Liu, an archeologist at Stanford, recently set out to discover what the Natufians ate.

The researchers weren’t specifically looking for traces of ancient beer, but that’s what they found when they analyzed three 13,000-year-old stone mortars from Raqefet. The vessels contained starch residues and phytolith, microscopic plant particles that are “typical in the transformation of wheat and barley to booze,” according to a Stanford University statement.

Liu notes in the statement that the discovery “accounts for the oldest record of man-made alcohol in the world.” Beer-making is typically associated with later agricultural societies; previously, the earliest known evidence came from northern China, some 5,000 years after the Natufians were brewing up beverages at Raqefet Cave. 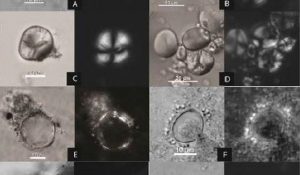 Researchers analyzed trace amounts of ancient starches extracted from artifacts in the Raqefet Cave to concoct their own version of the Natufian brew. (Li Liu)

Writing in the Journal of Archaeological Science, the researchers reveal that use-wear and residue analysis suggest two of the mortars were used to store cereals, and one was used to pound, cook and brew beer. According to the study authors, the Natufians’ production relied on species from seven different plant families—including wheat, oats, barley, legumes and bast fibers like flax—and likely involved three distinct phases. First, grains were malted by germinating them in water, draining and drying them. Then, the malt was mashed, mixed with water and heated for up to four hours. Finally, the mush was fermented with yeast and allowed to sit for one or more days.

To confirm that this was how the process went, the researchers made their own Natufian-style beer in a lab and compared the starch granules to ones found on the ancient vessels. Their brew “showed a clear similarity to what the Natufians concocted,” according to the Stanford statement.

The Natufians’ beer would have been very different to the frothy stuff we drink today. It was, for one thing, probably quite low in alcohol content. And ancient beer wasn’t clear; it looked more like thin porridge or gruel, notes Jiajing Wang, a doctoral student at Stanford’s Department of East Asian Languages and Cultures and a co-author of the new paper.

The team’s analysis is significant for several reasons. For one, the presence of beer-making equipment at Raqefet Cave, a burial site, indicates that alcoholic beverages likely played an important ritual function in Natufian culture. And, as the study authors note, the new findings may lend credence to the “highly controversial” theory that ancient peoples’ thirst for beer—and not only their taste for bread—drove them to domesticate cereal grains. The beer residues from Raqefet may in fact predate remains of bread found in northeastern Jordan, which was baked by the Natufians between 14,600 and 11,600 years ago.

And finally, the Natufians’ beer-making skills show that relatively sophisticated food production was taking place even before humans had transitioned to a fully agricultural lifestyle.

“The Natufian remains in Raqefet Cave never stop surprising us,” Dani Nadel, study co-author and archaeologist at the University of Haifa, says in a statement. “[W]ith the production of beer, the Raqefet Cave remains provide a very vivid and colorful picture of Natufian lifeways, their technological capabilities and inventions.”