There’s something in the water. Shutterstock

The reach of the Vikings in England went further than we thought. 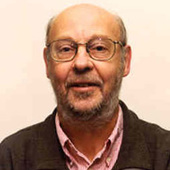 It’s well chronicled that wave after wave of Vikings from Scandinavia terrorised western Europe for 250 years from the end of the eighth century AD and wreaked particular havoc across vast areas of northern England. There’s no shortage of evidence of Viking raids from the Church historians of the time. But researchers are now uncovering evidence that the Vikings conquered more of the British Isles than was previously thought.

At the time England consisted of four independent kingdoms: Wessex, to the south of the River Thames, and Mercia, East Anglia and Northumbria to the north of it. The latter three were all conquered by Scandinavian armies in the late ninth century and their kings killed or deposed – which allowed expansive Scandinavian settlement in eastern and northern England. However the kings of Wessex successfully defended their territory from the Viking intruders (and eventually went on to conquer the North, creating the unified kingdom of England). 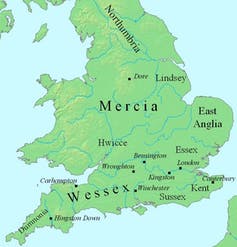 But precisely because Wessex remained independent, there has never been much examination of Scandinavian influence in that part of the United Kingdom. But we’re beginning to get a different picturesuggesting that Viking leaders such as Svein and his son Knut were active as far south as Devon and Cornwall in the West Country.

In 838AD, the Anglo-Saxon Chronicle recorded a battle fought at Hingston Down in east Cornwall in which the local Britons joined forces with the Vikings against King Egbert of Wessex and his attempts to expand his kingdom. The fiercely independent Cornish appear to have held out against West Saxon control and presumably cast around for a strong ally in their fight. But why were Viking leaders interested in aiding the Cornish? Perhaps it was a political move, made in the hope of gaining a foothold in the peninsula in order to use it as a strategic base against Wessex. If so, it was thwarted, as the allied army was soundly defeated.

There are also records of raids for plunder in the West Country. A Viking fleet sailed up the river Tamar in 997, attacked the abbey at Tavistock and brought back treasure to their ships. 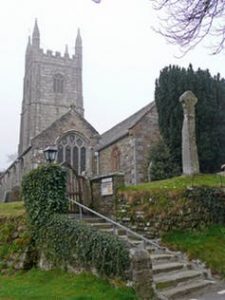 There is further evidence indicating Scandinavians in the West Country in a close examination of stone sculptures in Devon and Cornwall which has revealed Scandinavian art motifs and monument forms. A Norwegian Borre ring chain ornament decorates the cross in Cardinham churchyard in east Cornwall and a mounted warrior is in one of the panels of the Copplestone Cross near Crediton, mid Devon. Both are matched by examples in northern England in the Viking Age, but seem out of place in the West. Late versions of the “hogback” memorial stones, which have a pronounced ridge and look like a small stone long house, are well known in Cornwall too – the best example is at Lanivet near Bodmin.

These sort of memorials were popular with the Norse settlers in Cumbria and Yorkshire and may be the work of itinerant sculptors bringing new ideas into the West, or patrons ordering forms and patterns which they had seen elsewhere. However, the possibility that the patrons may have been Scandinavian settlers cannot be excluded.

All in the name

People with Scandinavian names such as Carla, Thurgod, Cytel, Scula, Wicing, Farman are recorded as working in the mints in Exeter and at other Devon sites from the end of the tenth century – and, although such names became popular in the general population, there is an unusual concentration in these areas. Detectorists operating in the West Country are finding increasing numbers of metal objects from the period, many with Scandinavian connections. Scandinavian dress-fittings, lead weights, coins and silver ingots – and all manner of gear for horses have been identified in the past few years. A woman’s trefoil brooch, probably made in Scandinavia, was discovered where it had been dropped in Wiltshire. This is the only example of the type yet found in Wessex, whereas 15 have been discovered in northern England.

Like these Viking artefacts, place names with Scandinavian links are well known in northern England – but we would not have previously expected them in the West Country. Yet the islands in the Bristol Channel: Lundy, Steepholm and Flatholme are hybrid names with Old Norse and Old English elements. Spaxton in Somerset was Spacheston in the Domesday Book, that is Spakr’s tun another hybrid. Knowstone in central Devon, recorded as Chenutdestana in Domesday Book_, combines Scandinavian Knut_ with English stana to give Knut’s stone, perhaps named after the Danish king. More intriguing still are the 11 landholders in the Devon section of the Domesday Book with the personal name wichin which means “viking”. These names are rare in England and do not occur at all elsewhere in the West Country, so the cluster in Devon is significant.

A combination of sculptural, archaeological and word usage evidence therefore points to a new appreciation of how far the Vikings travelled within the UK – and the dramatic reach of their influence.