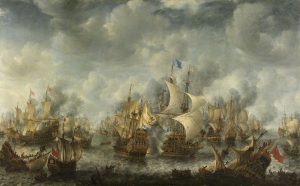 The past was not peaceful

It would be wrong to believe that the past was peaceful. One reason why some people might have this impression is that many of the past conflicts feature less prominently in our memories, they are simply forgotten.

An overview of all the conflicts that we have historical knowledge and an estimate of the number of fatalities of is shown in the visualization below.

The red circles visualize all conflicts in the Conflict Catalog (here) authored by Peter Brecke. Brecke’s dataset contains information on 3708 conflicts, but in the more distant past it is still incomplete and for many past conflicts Brecke is either lacking an estimate of the number of fatalities or we can suspect that entire conflicts are completely unknown. 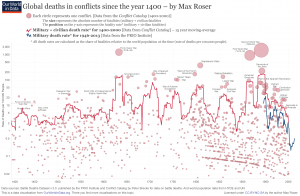 Years in which European countries took part in an international war, 1500-2000 – Max Roser2 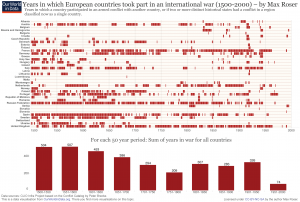 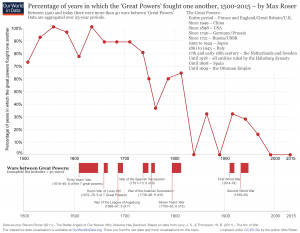 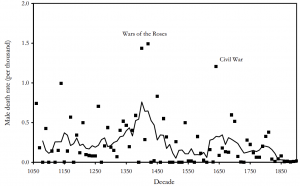 Wars and Other Atrocities in the Very Long Run

A list of ‘Dictionaries or Encyclopedias of Wars and Battles’ is presented by Peter Brecke in his article ‘The Long-Term Patterns of Violent Conflict in Different Regions of the World’.5

‘The 100 Worst Atrocities’ over the last millennia – New York Times6 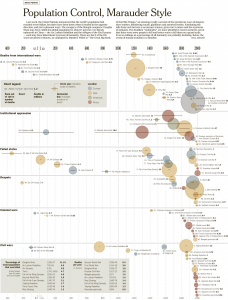 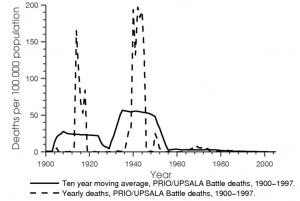