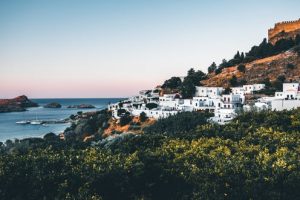 Despite its economic crises, Greece did not falter in its mission to support arts and culture. Rhodes, pictured here, has become a role model when it comes to promoting a visionary cultural policy and supporting a vibrant arts and culture community. Serhat Beyazkaya/Unsplash

The Greek model of supporting the arts is both old and ongoing; it embraces difference and internationalism and believes art is the cornerstone to civil society. We should learn fromthat model.

Throughout the ages, Greece has created an inspiring legacy in the arts and culture. Renowned Greek philosophers, architects, sculptors, poets and playwrights like Plato, Aristotle, Socrates, Herodotus, Sophocles, Euripedes and Aeschylus have made remarkable contributions over the centuries to the arts and culture and have left an indelible foundation for future generations.

The Greek model of supporting the arts is both old and ongoing; it embraces difference and internationalism and believes art is the cornerstone to civil society. We should learn from that model.

At the core of the Greek approach to culture is the idea of philoxenia. Philoxenia is a Greek word that has its roots in ancient Greek phraseology; it does not have an equivalent in any of the western languages. The literal translation of philoxenia is “welcoming of foreigners.”

But philoxenia has a deeper and broader cultural connotation. It embraces an ethos, a concept and a mindset. It denotes a global outreach, a comfort level with diversity and a cultural ethos of embracing universality.

Philoxenia projects a comfort level with engaging the rest of the world. It encourages seeking out of global contexts instead of limiting society to its local environment. It suggests good will towards international cultural outreach. It’s an incubator for a diversity of perspectives and ideas.

This ethos of supporting the arts is not just in the past. As a visiting professor at the International Writers and Translators Centre of Rhodes in the summer of 2018, I had the opportunity to witness first-hand the continuing Greek passion for incubating, nurturing and promoting arts and culture. 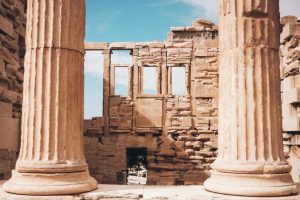 Greece has a long history of supporting the arts. Here is the Acropolis in Athens. Cristina Gottardi/Unsplash

This foundational and unwavering cultural ethos is their basic philosophy for the arts. The principal belief is that supporting the arts and culture is not a luxury but an investment in human progress. It is the necessary scaffolding for building and sustaining civil society. It is the cornerstone for human growth and development.

Canadian municipalities could stand to learn a lot from this concept of philoxenia.

The cornerstone to cities

Inherent in this governance model is the recognition that supporting and funding arts and culture is not an expense but an investment in the aesthetic development and the progress of civilization and humanity.

Canadian municipalities are the foundational stepping stone for supporting, nurturing and promoting the arts and culture; they are the cornerstone for their cities’ cultural panorama and artistic expression.

Municipalities hold the key for turning civil society’s cultural aspirations into a pragmatic reality. What is missing from our Canadian municipal cultural policies is the spirit of philoxenia. 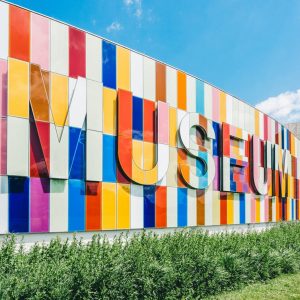 Canada could learn from the Greek philosophy of philoxenia that arts – as the cornerstone for civil society – should embrace all. Here the Waterloo Region Museum, Kitchener, Canada. Scott Webb/Unsplash

Incorporating a form of Canadian philoxenia will allow our cities to embrace a global mindset and an international mission. More importantly, it will require that municipalities acknowledge that their cultural budget is not a frivolous expense but an investment that will deliver cultural dividends in the future.

A role model for cultural policies

Greece has been resolute in achieving the ambitious objectives of its cultural policy. Despite wars, natural disasters and economic crises, Greece did not falter in its mission to support, nurture and promote arts and culture. For example, during the heights of the recent economic crisis from 2010-2013, Greece was bankrolling the cost of instructors to teach modern Greek studies at some Canadian universities, including my own at the University of New Brunswick.

The International Writers and Translators Centre of Rhodes where I was a visiting professor is a beacon for implementing the local cultural policy.

A handful of dedicated professionals administer its programs, supported by the community. Their annual cultural and artistic events includes writers’ workshops, music recitals, school outreach programs, book launches and translation workshops. They support an international talented and creative group of individuals who are shaping the modern face of arts and culture.

The island of Rhodes is one of the larger Greek islands nestled in the Aegean Sea. The capital city, also called Rhodes, is home to the UNESCO world heritage site of the medieval city, which is the only European medieval city in continuous habitation. Rhodes is a city where natural beauty, a rich history, a vibrant society and a flourishing cultural scene merge to create a powerful synergy of cultural and artistic expression.

Rhodes has become a role model when it comes to promoting a visionary cultural policy and supporting a vibrant arts and culture community. The cultural centre in Rhodes is serving as an incubator for the next wave of significant contributions to the arts and culture worldwide.

In my opinion, Canadian municipalities are duty-bound to fulfil the hopes and aspirations of its residents. To that government support, artists and cultural producers can add a dash of vision and experimentation while embracing an international and multicultural context.

The financial support plus creative vision can help the arts and culture flourish as a tribute to the enduring value of civil society’s aesthetic elegance and as a monument to the everlasting glory of contemporary civilization.