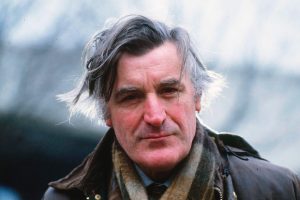 Several years ago, Oxford professor and Shakespeare scholar Jonathan Bate decided to write a biography of the British Poet Laureate Ted Hughes. Initially it seemed he had the support of Hughes’ widow, Carol Hughes – who had inherited copyright of her deceased husband’s writings, along with those of his more famous first wife, Sylvia Plath, who committed suicide in 1963.

Jonathan Bate embarked on his biography with great seriousness. Yet somewhere along the way, Carol Hughes became worried he was going to chronicle her late husband’s personal life, in addition to his poetic one. The result? In order to avoid a lawsuit, Bate was forced to give up all hope of being allowed to quote more than a token number of words from Hughes’ – or Plath’s – diaries, letters, manuscripts or jottings. He ended up contorting his original vision into a pretzel.

Malcolm’s review is full of insult and a kind of Victorian outrage in defense of Hughes’ second wife Carol, a nurse whom Hughes married in 1970. It’s meant to wound not just Bate, but all those who attempt to write about the private lives of major figures.

In fact, Malcolm adds to a rich tradition of censorship by those who have deemed themselves the arbiters of what can and can’t be written in biographies – even those of the dead.

Malcolm’s review is titled “A Very Sadistic Man” – a reference to the accusations of a distinctly sadistic, often violent and rapacious approach to adulterous sex that some of Hughes’ mistresses have detailed in recent years. Malcolm argues that Bate, by including these previously published anecdotes, has blown Hughes up “into a kind of extra-large sex maniac.”

Beyond Bate’s “tastelessness,” there is, she writes, “Bate’s cluelessness about what you can and cannot do if you want to be regarded as an honest and serious writer.”

Malcolm excoriates his “squalid findings about Hughes’ sex life,” and his “priggish theories about his [Hughes’] psychology.” 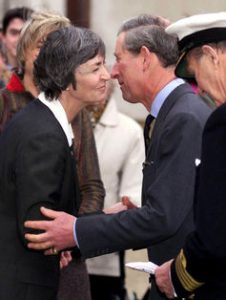 Moreover, she declares that it is “excruciating for spouses and offspring to read what they know to be untrue and not to be able to do anything about it except issue complaints that fall upon uninterested ears.” After having read only 16 pages of the 662-page biography, Carol Hughes put the book down and released a statement through her lawyer, saying she found the tome “offensive” – and demanded that Professor Bate apologize.

Malcolm claims that biographers should simply not be permitted to address the private lives of their subjects.

“If anything is our own business,” she declares, it is privacy – “our pathetic native self. Biographers in their pride, think otherwise. Readers, in their curiosity, encourage them in their impertinence. Surely Hughes’ family, if not his shade, deserves better.”

The beautiful and the base

Impertinence? Biography has been here before. For thousands of years, the genre – like great fiction – has been contested.

And dating back to Suetonius and Plutarch, there have been almost endless examples of its antithesis: anti-biography, and attempts at censorship.

The Roman historian Suetonius was, it is believed, exiled from Rome for daring to research and write his “De Vita Caesarum,” or Twelve Caesars. British explorer Sir Walter Raleigh was executed, in part for having annoyed King James I by his impudence in his “History of the World.” 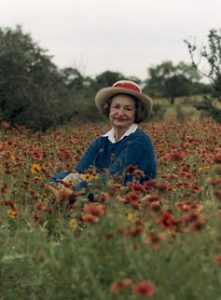 Lady Bird Johnson took exception to Robert Caro’s series on LBJ, refusing to speak to him for decades after Caro portrayed Johnson as something of a sexual and political monster in his first volume. As a result, Caro was not allowed to speak at the presidential library, a federal archive – and the papers he wished to see were withheld until 2003.

We should not be surprised, however, that Malcolm has chosen to attack Hughes’ posthumous biographer – for Malcolm’s review of Bate’s book reprises her infamous attack on biography while Ted Hughes was alive.

Twenty-two years ago, Malcolm wrote a series of New Yorker articles that became a book – “The Silent Woman: Sylvia Plath and Ted Hughes.”

There, she openly challenged biographers and readers of biography with the argument that private life should henceforth be off-limits.

“The biographer at work,” she wrote in 1993, “is like the professional burglar, breaking into a house, rifling through certain drawers that he has good reason to think contain the jewelry and money, and triumphantly bearing his loot away.”

She refused to accept that there was more to biography than a pretense “of scholarship.” In her view, biography was simply about scandal, with biographers no more than peeping toms “listening to backstairs gossip and reading other people’s mail.”

Those of us who knew anything of the history of biography were appalled, even then, that Malcolm would so disregard the words of the great 18th-century English writer Samuel Johnson, the father of modern biography.

Johnson had decried the stilted approaches to life writing of his own time by mocking whitewashed accounts that failed to get behind the public facade. As he put it, “more knowledge may be gained of a man’s real character, by a short conversation with one of his servants, than from a formal and studied narrative.”

The greatness of biography, according to Johnson, was in tackling “the beautiful and the base,” and in embracing “vice and virtue,” rather than relying on the “sober sages of the schools.”

His most famous put-down of the puritanical approach to biography was to his own biographer, James Boswell. If a man wants to indulge in a spotless eulogy or “Panegyrick,” he told Boswell, “he may keep vices out of sight, but if he professes to write A Life he must represent it really as it was.”

Is the journalist’s goal to protect or reveal?

Why, then, has Malcolm been crusading against serious biography which embraces both the beautiful and the base for more than 20 years?

Malcolm claimed she had spent years interviewing and corresponding with serious biographers for her Plath project, “The Silent Woman.” Why, as a professional journalist, was she content not to interview Hughes himself, or even speak to those men and women who actually knew the real Ted Hughes? What kind of a journalist is that?

In her new review, Malcolm pours scorn on Professor Bate, but she fails to reveal that in her earlier book, she’d defended Ted Hughes against the many biographers attempting to reveal the truth about him, and about the tragic story of Plath’s suicide.

In Malcolm’s view, Hughes had every right to use libel, property and copyright laws to protect his reputation as a husband and a poet by threatening legal action against anyone who snooped – or threatened to spill the beans – about his louche, often manic private behavior.

Though the law of libel ceased its protection of Hughes upon Hughes’ death 18 years ago, Professor Bate’s book has aroused Malcolm to new fury. Now she is determined to defend the second Mrs. Hughes; no snooping, revelation or even literary criticism of her late husband without her inherited copyright authority – and certainly no revelations of what Hughes was doing on the night of Sylvia Plath’s suicide. 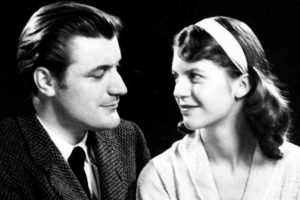 As in her “Silent Woman” articles and book, Malcolm once again declines to question this utter misuse of copyright. (The world’s first copyright act was originally passed in 1710 to protect income, not reputation, for a maximum of 14 years – and especially not to protect posthumous reputation.)

With continuous, almost annual lawsuits and moves to amend copyright law, the battle between “authorized” and “unauthorized” biographies will thus go on, more than half a century since Plath’s death, and almost two decades since Ted Hughes’. Any “unauthorized” biographer of either Plath, Hughes or both must continue to write with his or her arm tied behind the back, unable to quote more than a few authentic words without Carol Hughes’ express permission.

Samuel Johnson would be appalled. And it would be a sad day for biography if Malcolm’s injunction were to be followed, given the major contributions to critical interpretation, history and memory that the genre has become in the many centuries since Suetonius.