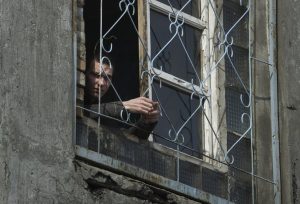 A prisoner looks out a window on March 26, 2015, from Zhdanivskaya prison in Ukraine, were TB is rampant. AP Photo/Mstyslav Chernov

World TB Day will be observed March 24, with the good news that deaths from tuberculosis are declining. But a trend toward confining those with TB threatens to stall advances. 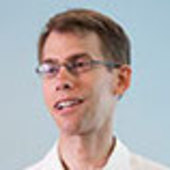 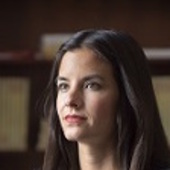 The global response to tuberculosis has saved millions of lives; TB treatment saved 53 million lives between 2000 and 2016. Yet each year millions still suffer, and often die, from this preventable, treatable and curable disease.

In 2016, there were 10.4 million new cases – the same as in 2015 – and 1.7 million people died from TB, a disease that kills more people than any other infectious disease globally, including HIV and malaria combined.

We research and analyze responses to TB around the world, and we have seen the intersection between human rights and TB. Without a response to TB based in human rights – including moving rapidly to community-based care and improving the conditions in prisons – we believe that progress will remain fatally slow.

TB and the right to health

TB was once a disease that affected people from all walks of life – including Frederic Chopin, Eleanor Roosevelt and George Orwell. 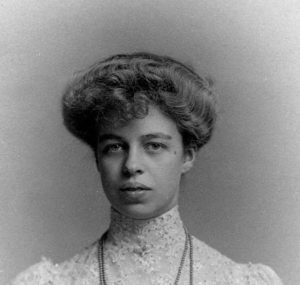 Eleanor Roosevelt in 1904 in New York City. She was diagnosed with tuberculosis shortly before her death in 1962.Courtesy of the Franklin D. Roosevelt Library archives

Today TB is a disease of poverty and inequality, disproportionately impacting low- and middle-income countries and the most marginalized and vulnerable people within communities.

TB is no longer an unavoidable fact of life, but a result of health and human rights conditions. Among them are lack of access to high-quality health services, including rapid diagnostic tools and effective medicines that do not cause severe side effects, inadequate nutrition, sanitation, and safe and healthy working environments. There are also discriminatory laws, policies and systems that directly or indirectly prevent migrants, indigenous peoples and other vulnerable groups from accessing health care and information.

Many individuals and groups face a combination of risk factors for TB. Indigenous peoples, for instance, have TB incidence rates up to 270 times the non-indigenous population. Prisoners and detainees, migrants, miners, indigenous people, health workers, the homeless, children, people living with HIV, and drugs users are especially vulnerable.

Prisons can be incubators of TB, places where TB spreads rapidly. Up to 25 percent of a country’s TB cases may be found in its prisons. This in turn can increase the burden of TB in communities, as former prisoners return to communities, and as visitors and prison staff circulate between communities and prisons.

In some countries, high rates of pretrial detention exacerbate overcrowding and create challenges for financing prison health systems. For example, in India and Nigeria, 70 percent and 64 percent of those in custody are yet to be sentenced.

A disproportionate number of prisoners come from socioeconomically disadvantaged populations. They may have a high disease burden and inadequate access to health services even before incarceration. Such individuals are already at higher risk of TB; confinement further increases this risk, particularly in resource-poor settings and in regions with high HIV-prevalence in prisons.

The human rights impact of confinement is apparent through high TB rates and burdens in prisons: Prisoners have TB prevalence up to 1,000 times the general population and account for 25 percent of the TB burden.

Beyond the issue of confinement in prisons, excessive isolation, such as in health care facilities, and punitive approaches to TB, such as imprisonment for non-adherence to TB medicine and laws effectively criminalizing people with TB, impede efforts in the fight against TB.

Confinement – or isolation, quarantine, detention and imprisonment – has been used in countries throughout modern history on grounds of “public health” to prevent the spread of infectious diseases, such as in the context of plague epidemics, yellow fever, cholera, leprosy, and more recently, SARS and MERS.

While perhaps well-intentioned and sometimes appropriate, in practice, the use of confinement too often leads to egregious rights violationsthrough overly broad use of isolation or other confinement, especially when excessively lengthy.

The overuse and inappropriate use of confinement on public health grounds, helps drive TB. It not only unnecessarily restricts people’s liberty in violation of their human rights, but also is less effective than community-based treatment. People may avoid seeking care because of the cost of hospitalization, including not being able to work. Meanwhile overstretched hospitals may be unable to care for all in need, leading to treatment delays.

Further, often patients are required to undergo treatment in hospitals, instead of having access to quality TB care in their homes or communities, which many may prefer. Hospitalization is often unnecessary to effectively treat TB, even multi-drug resistant and other drug-resistant forms. Further, many of the most effective programs provide care in the community (avoiding or with less time in hospitals), focus on building a system of care and support within people’s communities, and treat TB patients as people to be supported rather than public health threats to be shunned.

For example, the first community-based care program for TB that is resistant to multiple drugs, initiated by Partners in Health in Peru in the mid-1990s, had cure rates exceeding 80 percent; overall, Partners in Health has treated more than 10,500 people with drug-resistant TB, with more than 75 percent cured, compared to a global average of little more than 50 percent.

The World Health Organization specifies that involuntary isolation should only be used as a method of last resort, in extremely rare circumstances, and never employed as punishment. Yet, contrary to WHO guidelines and other international human rights standards, the public health or criminal law practices of some countries allow for involuntary hospitalization or even imprisonment of people with TB, while some countries have laws that permit mandatory treatment.

For example, a TB-specific law in Kyrgyzstan allows for involuntary TB-related measures, including testing and treatment, isolation and hospitalization. TB patients in Kyrgyzstan who are unable to adhere to treatment can be involuntarily isolated and subjected to a large fine. In Kenya, TB patients were imprisoned for not adhering to their TB treatment, a practice a court in Kenya ruled unconstitutional.

To end TB as a public health threat by 2030, as envisioned by the United Nations’ Sustainable Development Goals, we believe countries should urgently change their laws and their practices to conform to both the right to health care and the most effective public health practices. That means ensuring everyone has access to comprehensive quality health services and ensuring everyone the nutrition, adequate housing, and other underlying determinants of health to which all people are entitled.

And in our view, countries must unite to end the era where confinement and punitive measures are routinely used as a response to TB. Instead, they should establish a new era, one marked by community-based care, informed by evidence and human rights-based approaches.