What makes some individuals good at learning languages? / Shutterstock

By Brianna Yamasaki / 08.04.2016
PhD Student in Psychology
University of Washington

As a young adult in college, I decided to learn Japanese. My father’s family is from Japan, and I wanted to travel there someday.

However, many of my classmates and I found it difficult to learn a language in adulthood. We struggled to connect new sounds and a dramatically different writing system to the familiar objects around us.

It wasn’t so for everyone. There were some students in our class who were able to acquire the new language much more easily than others.

What we know about second language aptitude

Past research on second language aptitude has focused on how people perceive sounds in a particular language and on more general cognitive processes such as memory and learning abilities. Most of this work has used paper-and-pencil and computerized tests to determine language-learning abilities and predict future learning.

Researchers have also studied brain activity as a way of measuring linguistic and cognitive abilities. However, much less is known about how brain activity predicts second language learning.

Is there a way to predict the aptitude of second language learning? 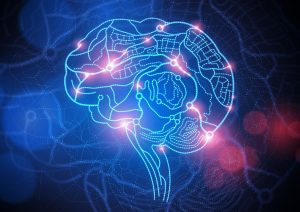 How does brain activity change while learning languages? / Shutterstock

In a recently published study, Chantel Prat, associate professor of psychology at the Institute for Learning and Brain Sciences at the University of Washington, and I explored how brain activity recorded at rest – while a person is relaxed with their eyes closed – could predict the rate at which a second language is learned among adults who spoke only one language.

Resting brain activity is thought to reflect the organization of the brain and it has been linked to intelligence, or the general ability used to reason and problem-solve.

We measured brain activity obtained from a “resting state” to predict individual differences in the ability to learn a second language in adulthood.

To do that, we recorded five minutes of eyes-closed resting-state electroencephalography, a method that detects electrical activity in the brain, in young adults. We also collected two hours of paper-and-pencil and computerized tasks.

We then had 19 participants complete eight weeks of French language training using a computer program. This software was developed by the U.S. armed forces with the goal of getting military personnel functionally proficient in a language as quickly as possible.

The software combined reading, listening and speaking practice with game-like virtual reality scenarios. Participants moved through the content in levels organized around different goals, such as being able to communicate with a virtual cab driver by finding out if the driver was available, telling the driver where their bags were and thanking the driver.

Nineteen adult participants (18-31 years of age) completed two 30-minute training sessions per week for a total of 16 sessions. After each training session, we recorded the level that each participant had reached. At the end of the experiment, we used that level information to calculate each individual’s learning rate across the eight-week training.

As expected, there was large variability in the learning rate, with the best learner moving through the program more than twice as quickly as the slowest learner. Our goal was to figure out which (if any) of the measures recorded initially predicted those differences.

When we correlated our measures with learning rate, we found that patterns of brain activity that have been linked to linguistic processes predicted how easily people could learn a second language.

Patterns of activity over the right side of the brain predicted upwards of 60 percent of the differences in second language learning across individuals. This finding is consistent with previous research showing that the right half of the brain is more frequently used with a second language.

Our results suggest that the majority of the language learning differences between participants could be explained by the way their brain was organized before they even started learning.

Implications for learning a new language 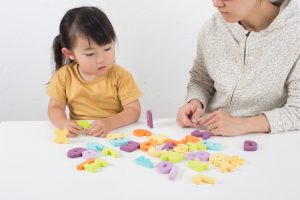 Language learning can depend on many factors. / Shutterstock

First, it is important to remember that 40 percent of the difference in language learning rate still remains unexplained. Some of this is certainly related to factors like attention and motivation, which are known to be reliable predictors of learning in general, and of second language learning in particular.

Second, we know that people can change their resting-state brain activity. So training may help to shape the brain into a state in which it is more ready to learn. This could be an exciting future research direction.

Second language learning in adulthood is difficult, but the benefits are large for those who, like myself, are motivated by the desire to communicate with others who do not speak their native tongue.