Through this remarkable document, one of the world’s great rulers speaks across 2,500 years. 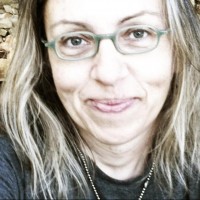 The Cyrus Cylinder is a document of baked clay, nine inches wide by four tall. It memorializes an event that, at first glance, seems vanishingly remote in both space and time: the conquest of Babylon in 539 B.C. by the Persian king Cyrus the Great. Yet this small object has outsized historical importance.

We turned to four experts to ask: what does the Cylinder mean, and what can we learn from it today?

The Cyrus Cylinder is one of many kingly proclamations on stone or clay known from ancient Mesopotamia. What makes it unique is not its form, but rather the policy it records: Cyrus’s decision to allow deported peoples to return to their settlements and to restore their desecrated sanctuaries.

This support of religious and cultural diversity was highly unusual in the ancient Near East, and Cyrus has served as the model of an enlightened ruler. “Cyrus ruled a vast multi-ethnic domain—effectively, all of the Middle East we know today,” says Dr. Timothy Potts, director of the J. Paul Getty Museum and a specialist in the ancient Near East. “He realized that it was sensible statescraft to allow different peoples to worship their own gods and to have their own culture.”

Jews on the Map of History

Cyrus’s actions had particularly momentous consequences for one group of exiles in Babylon: the Jews.

Though the Cylinder does not mention the Jews by name, it echoes Cyrus’ biblical edict that exhorted the Jewish people to return to Jerusalem and rebuild their temple. Had Cyrus not freed the peoples of Babylon, says Bible historian Dr. Tamara Cohn Eskenazi, “the exiled Jews would probably have disappeared from the map of history, the way so many other peoples from the biblical period disappeared.” 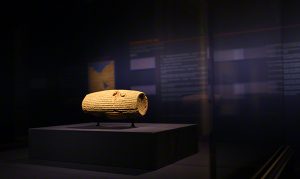 The Cyrus Cylinder is remarkable for yet another reason—for the simple fact that it bears the words of this ancient king. Though historians had long known of Cyrus from the Bible and from ancient Greek writers, the Cylinder’s discovery in 1879 revealed “what we can say is the actual voice of Cyrus,” commented Dr. Jennifer Rose, a scholar of the Zoroastrian religion. “That makes it an extremely important piece of historical information.” 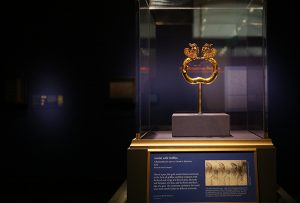 In addition to the Cyrus Cylinder, the exhibition includes an array of objects representing the art and culture of the ancient Persian Empire. Here, a gold armlet with griffins (Achaemenid, 500–330 B.C.). The British Museum

The Cylinder—and the conquest of Babylon that it describes—mark a key moment in the establishment of the ancient Persian Empire. “The Cylinder and the artifacts associated with it represent an empire that lasted for two centuries in the ancient world, and yet is rarely studied,” said historian Dr. Touraj Daryaee. The Persian Empire was not only the largest the world had yet known, but was rich with innovations in art, economics, writing, transportation, and religion, threads that are also explored in the exhibition. “People know about the Bible, they know about Alexander the Great [who conquered the Persian Empire], but there are a lot of things in between that make this an important world civilization.” The Cyrus Cylinder is an ambassador for that civilization, and its inheritors.