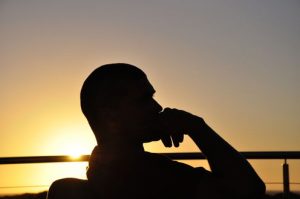 By Dr. Christopher H. Evans / 02.15.2017
Professor of the History of Christianity
Boston University

However, Trump does not demonstrate any of the beliefs that have historically characterized evangelicalism.

Unlike the majority of American evangelicals, he does not speak about the centrality of the Bible or, like Ronald Reagan and George W. Bush, of being “a born again” Christian. Trump summarizes his faith by saying that he has a “great relationship” with God and that he has never committed any major sins.

As a historian of American religion, I have studied a 19th-century movement known as New Thought. This movement has left a significant legacy.

Could it also help us understand Trump’s faith?

What was New Thought all about?

The New Thought movement was among the more notable movements that emerged in the 19th century to help people achieve a better understanding of divine mysteries, through the power of their thoughts. The term “New Thought” signified that one’s thoughts could unlock secrets to living a better life, free from the constraints of religious doctrines or dogmas. 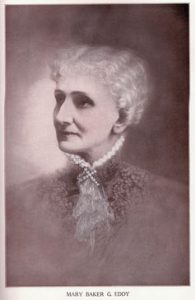 Quimby believed that the cause of disease resided in the mind. He taught that if one redirected a person’s thoughts, then disease could be cured. Quimby treated a number of individuals who spread aspects of his teachings.

His most famous student was Mary Baker Eddy, founder of Christian Science, another religious movement that emerged in the latter half of the 19th century.

Eventually, Eddy distanced herself from Quimby, focusing her movement on reforming what she saw as the errors within Christianity. However, what Eddy shared with the New Thought movement was a belief that curing illness was connected to the mind’s power to restore health.

By the 1890s, the New Thought movement had shifted attention away from curing disease. Instead, it focused upon the mind’s power to create material success. Historian Beryl Satter observes,

“Since human thought had creative power, negative thoughts materialized into negative situations, while spiritual thoughts could form a positive reality.” 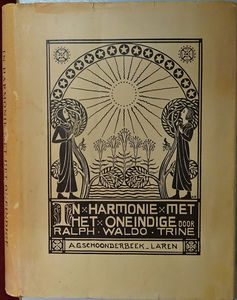 A book that illustrates the New Thought movement’s shift toward individual prosperity is Ralph Waldo Trine’s “In Tune with the Infinite.” A popular writer and lecturer, Trine taught that one’s ability to channel positive thoughts would lead to success. Published in 1897, the book sold millions of copies and gained Trine a wide following, including from the automobile industrialist Henry Ford.

Trine emphasized that happiness was largely a matter of positive thinking. As he noted in his book,

By the 1920s, the New Thought phenomenon had splintered into numerous small organizations. However, its belief that individuals possessed a God-given facility to change their life through positive thinking became embedded in mainstream Christianity.

New Thought ideas about individual happiness and wealth are seen above all in a movement called the prosperity gospel.

The prosperity gospel refers to a belief that religious faith can lead one to personal health and material wealth. In the early 20th century, this movement depicted Jesus as a guide to economic success. Indicative of this trend was the publication of a 1925 book by Bruce Barton, “The Man Nobody Knows.”

An advertising executive and future Republican congressman, Barton characterized Jesus as the prototype of the modern business executive. As Barton summarized Jesus’ mission,

“He picked up twelve men from the bottom ranks of business and forged them into an organization that conquered the world.”

“as an act imposed from above by God, but rather an act of drawing out humanity’s potential.”

Prior to World War II, New Thought themes became embedded within a movement that historian Kevin Kruse calls “Christian libertarianism.” This movement was created by politically conservative Protestant leaders who objected to President Franklin Roosevelt’s New Deal economic policies. Christian libertarianism supported a message that “the freedom from government is a necessary part of freedom under God.”

The fusion between New Thought and Christian libertarianism is epitomized by Norman Vincent Peale. 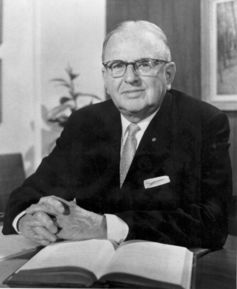 Peale was the minister of Marble Collegiate Church in New York. His message stressed New Thought themes that spoke to many Americans eager for upward economic mobility. His many books, including, “The Power of Positive Thinking,” helped spread Peale’s popularity.

President Donald Trump frequently cites Peale as his major religious influence. Marble Collegiate was Donald Trump’s family church and Trump was clearly impacted by Peale’s preaching. As he remarked to an Iowa gathering in July 2015,

“you could listen to him all day long. When you left the church, you were disappointed that it was over.

Peale’s message deviated significantly from traditional Christianity. Echoing themes from Ralph Waldo Trine, Peale argued that belief in a “higher power” was essential if one was going to find success. He said,

“This tremendous in flow of power is of such force that in its inrush it drives everything before it, casting out fear, hate, sickness, weakness, moral defeat, scattering them as though they had never touched you, refreshing and restrengthening your life with health, happiness, and goodness.”

Peale’s message was unequivocally nationalistic. As historian Christopher Lane writes, “the idea that America needed a pro-Christian nationalism to head off an attack of atheistic communism was central to Peale’s message, and he stuck to it zealously.” Peale’s identity as “God’s salesman” for positive thinking was inseparable from his belief that only in a free-market society could Christianity thrive.

Historically, evangelicalism has emphasized the centrality of the Bible, the need to confess one’s sins and the necessity of personal conversion. It has also stressed that Christians need to care for society’s victims.

What is Trump’s Christianity? From Karl-Ludwig Poggemann

Trump’s Christianity, I would argue, blends New Thought ideas of individual achievement with a vision of Christian libertarianism. Unlike his mentor Peale, who was married for over 63 years and lived a scandal-free life, Trump’s past includes multiple divorces and accounts of adultery.

However, like Peale, Trump’s Christianity it seems is rooted in the idea that personal weakness or failure is not an option. Faith, in other words, is not about being “born again,” or acknowledging the need for God’s forgiveness. For Trump, faith is about being a winner.

Also, American exceptionalism is at the heart of Trump’s Christianity. As theologian Stanley Hauerwas puts it,

“Christianity in Peale’s hands was closer to a set of beliefs a follower could make up to suit their desires. Trump has adopted this strategy and applies it to the country.”

This link between Christianity and nationalism was evident at Trump’s inauguration when prosperity gospel minister Paula White said in her invocation,

“We recognize that every good and every perfect gift comes from you and the United States of America is your gift, for which we proclaim gratitude.”

White’s assertion seems consistent with Trump’s belief that Christianity is primarily a faith about positive thinking and patriotism.

So where does this lead the over 25 percent of Americans who identify as evangelical? This question should be of vital concern.