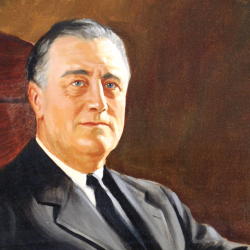 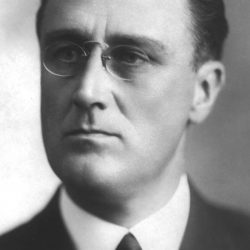 Judging from his public speeches, Franklin D. Roosevelt–aka FDR–may have been our most religious 20th century President. / Public Domain By Matthew Wills / 11.18.2015 Ronald Isetti argues in Presidential Studies Quarterly that it was Franklin Delano Roosevelt, which may surprise many. Isetti analyses FDR’s speeches as “political sermons and cultic orations,” dependent on “the language, stories,[…] 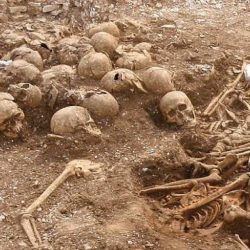 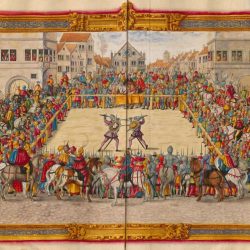 A 1540s depiction of a judicial combat in Augsburg in 1409, between Marshal Wilhelm von Dornsberg and Theodor Haschenacker. Dornsberg’s sword broke early in the duel, but he proceeded to kill Haschenacker with his own sword. / Bayrische Staatsbibliothek Cod. icon. 393, Wikimedia Commons Warrior aristocrats dominated medieval society. By Dr. Hans Peter Broedel Graduate[…] 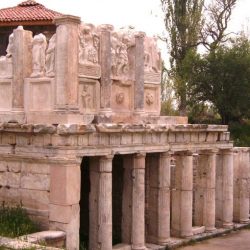 The Sebasteion, excavated in 1979-81, was a grandiose temple complex dedicated to Aphrodite and the Julio-Claudian emperors and was decorated with a lavish sculptural program of which much survives. / Photo by wneuheisel, Wikimedia Commons Augustus and the Julio-Claudian emperors’ successful reign over the vast Roman Empire were due primarily to provincial loyalty and acquiescence.[…] 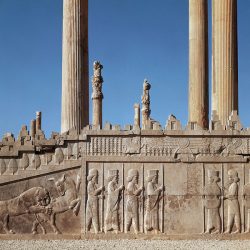 Growth of the Achaemenid Empire under different kings / Wikimedia Commons The great audience hall of the Persian kings Darius and Xerxes presents a visual microcosm of the Achaemenid empire. By Dr. Jeffrey A. Becker / 01.24.2016 Professor of Classical and Near Eastern Studies Binghamton University Introduction Kylix depicting a Greek hoplite slaying a Persian inside, by[…]