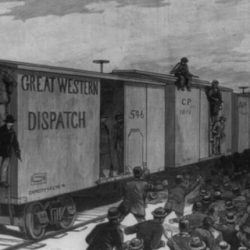 In 1888, small farmers, sharecroppers, and industrial workers organized to fight inequality. Today, when Americans think about the tradition of political protest to protect democracy, they often recall the mid-20th century, when millions of Americans participated in the civil rights movement and protests against the Vietnam War. But the roots of American grassroots political activism[…] 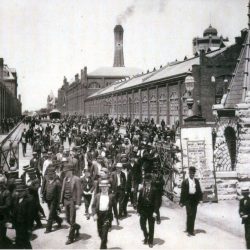 George Pullman’s unbending business acumen made him a mogul but also inspired the greatest labor uprising of the 19th century. George M. Pullman literally raised Chicago from the mud. He introduced luxury to the nation’s rail lines. He even created a model company town for his workers—a feat that prompted some to proclaim him the[…] 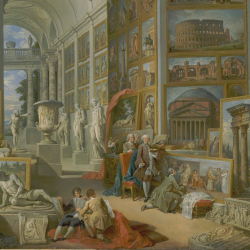 George III never visited Italy. Instead he collected prints, drawings, and guidebooks enabling him to travel virtually to antiquity’s greatest architectural and artistic sites. A large number of views and maps in the King’s Topographical Collection correspond to locations that were once linked to the Grand Tour.[1] Visiting the settings associated with the classical authors they had studied[…] 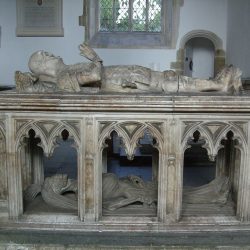 Founded by Henry I, there was a close connections between the abbey and the English kings. It takes a real effort of the imagination to see the past glory of Reading Abbey, founded in 1121 by King Henry I of England as his intended burial house, in the battered remains surviving today. But Reading Abbey was[…] 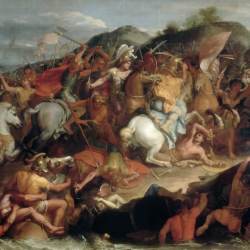 The attack had been six years in the making, and still, the Persians were not fully prepared. War between the Persians and Macedonians had become inevitable when Persia had supported the Perinthians’ resistance against Macedonian aggression in 340. When the Macedonian king Philip II had secured his rear in the battle of Chaeronea (338), he wanted to launch a campaign east of[…] 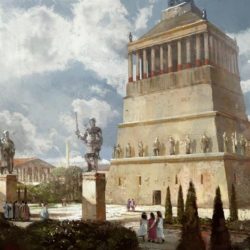 A masterful militarily astute and diplomatically strategic queen. Halicarnassus was a Graeco-Carian city that belonged to the empire of the Persian Achaemenids. The Persian authorities liked their cities to be ruled by one man, and not by an uncontrollable oligarchy or democracy, and preferred Lygdamis as king of Halicarnassus. When he died, he was succeeded by his daughter Artemisia,[…]