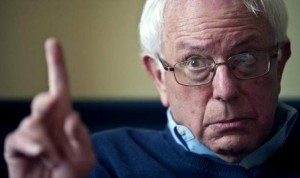 Imagine our surprise tonight to find the largest groups on Facebook in support of Bernie Sanders suddenly reported and shut down, likely pending some sort of “investigation”.

This comes on the eve of the five-state primary tomorrow, and Hillary’s trolls are out in force – smashing the ability of others to speak freely because the heat in the kitchen is too hot.

It really doesn’t get much lower than this.

Bernie group members, create and join more, and everyone join these large ones when they are reinstated after this little “secret mission” from Hillary’s camp!

Brewminate endorses Bernie Sanders, and childish games like this only strengthen our resolve and determination to continue supporting the only grown-up candidate in the race.