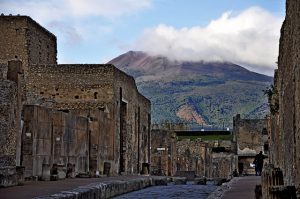 By Dr. Sebastian Vogel
Professor of Geoecology and Archaeology
University of Potsdam

The Somma-Vesuvius volcano has affected the landscape of Campania (Italy) for tens of thousands of years and the fate of the people living there since the Bronze Age. Important factors for settlement are the warm Mediterranean climate and the periodically replenishing fertility of the volcanic soils that favoured the establishment of settled agriculture. Today more than one million inhabitants live in the circum-Vesuvian region, making it one of the most densely populated regions in Italy (1,822 inhabitants per km2; Regione Campania 2001). Due to the volcanic activity of Somma-Vesuvius the livelihood of the people has always been permanently threatened. Historical eruptions repeatedly represented devastating caesuras in the history of settlement of the region, as documented by numerous archaeological sites that are conserved within the volcanic stratigraphy.

One of the most well-known volcanic eruptions in history is the explosive eruption of Somma-Vesuvius in AD 79. In the course of this eruption the ancient towns of Pompeii and Herculaneum were destroyed, thousands of people died and the entire landscape of
the Sarno River plain was buried in an instant by several metres of pyroclastic material. Hence, apart from the archaeological findings, artefacts and settlements, also the agriculturally utilised soils and the biogeographic conditions of that ancient cultural landscape were sealed and conserved in the state from before the disaster.[1] Whereas, today, most of ancient Pompeii is excavated and has been comprehensively studied, the surrounding rural landscape is still largely unexplored, lying underneath a covering of up to 15m of volcanic deposits. Consequently, in 2006 a team of archaeologists and geographers came together in the German Archaeological Institute to set up a geoarchaeological research project that aims at reconstructing the ancient paleo-environmental and socio-economical conditions of the hinterland of Pompeii before the eruption of Somma-Vesuvius in AD 79. The objective of this article is to give a short overviewof the different interdisciplinary subprojects, the methodologies applied, and selected results obtained.

To generate a landscape model of the Sarno River plain from before AD 79 more than 1,800 stratigraphical drillings were at our disposal, providing a representative network of stratigraphical data. They contain information concerning the thickness of AD 79
volcanic deposits, the depth of the pre-AD 79 stratum and its paleo-environmental characteristics. A geostatistical approach based on the stratigraphical data, a high resolution present-day digital elevation model (DEM) and decision trees was applied to reconstruct a pre-AD 79 DEM for the Sarno River plain. This methodology utilises the empirically calculated spatial relationship between a dependent variable of an incomplete dataset and several independent variables that cover the entire study area.[2] As dependent variables we use the stratigraphical data from the drilling dataset and as independent variables we use the present-day digital elevation model (DEM) and deduced primary and secondary relief parameters (Fig. 1).[3] Subsequently, the combination of the paleo-topography and the paleo-environmental character of the pre-AD 79 stratum allowed for the delineation of the ancient coastline, the natural course of the ancient fluvial network and its floodplain (Fig. 2).[4] Knowledge of the topography and the environmental conditions before AD 79 is the basis for the following more detailed geoarchaeological research in the Sarno River
plain.

The rural landscape around Pompeii consisted of a dense network of Roman farms (villae rusticae). They are believed to have been of vital importance for agricultural production and food supply to the cities and thus represented the interactive rural-urban relationship in the Sarno River plain.

The systematic investigation of the bibliographical references, unpublished documentary material as well as our own field work yielded a dataset of about 150 villae rusticae in the Sarno River plain. In this context all graphical documents (e.g. maps, plans, detailed drawings), photographs and other archival material were digitised, vectorised and filed in a database. The geographical location of the villae rusticae was digitised and georeferenced by means of geographic information systems (GIS) (Fig. 2). Furthermore, complex spatial analyses were executed combining the archaeological data with the geographical data. The aim is to study the spatial distribution of the villae rusticae, their orientation to one another and towards the urban centres Pompeii, Nuceria and Stabiae, as well as to define their paleo-topographical location. We hypothesise that the spatial distribution of the Roman farms depends on both socio-economic and environmental conditions before AD 79. The former is represented e.g. by the attraction of the urban centres, which we believe to have a spatial impact on the distribution of villae rusticae in the plain. The latter is represented by the modelled pre-AD 79 paleo-topography and paleo-environmental conditions of the Sarno River plain. Based on that, an inductively-derived predictive modelling approach will be applied to determine the potential total area of the Sarno River plain that could have been occupied by Roman farms and agricultural production before AD 79. This leads to the fundamental question of the productivity of the villae rusticae in the hinterland of Pompeii.

Investigation of the ancient road network is confronted with the main difficulty that as yet no systematic excavation of an ancient road has been undertaken. Other obstacles to systematic field research are caused by the growing modern urbanisation of the Sarno River plain and the fact that the pre-AD 79 surface lies covered by huge volcanic and fluvial depositions. Consequently, we suggest that spatial modelling could be a promising approach for a better understanding of the infrastructural development of that region. 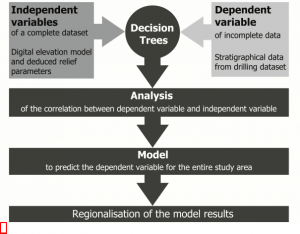 Fig. 1 | Schematic diagram of the general methodological design of the model generation.

We hypothesise that the ancient road network connecting the Roman farms with the urban centres followed mainly physiographic constraints. Consequently, a terrain sensitive least-cost path analysis is carried out based on the modelled pre-AD 79 paleotopography and paleo-environmental features. Especially in the mountainous areas of Somma-Vesuvius, the Lattari and the Sarno Mountains, an important criterion of route selection is the slope angle. Within the plain the paleo-Sarno River and its floodplain must have influenced movement considerably while the pre-AD 79 coastline represents the western limit of the study area.

The proposed pre-AD 79 landscape model of the Sarno River plain helps us to delineate political-administrative boundaries between the ancient cities Pompeii, Nuceria and Stabiae. The Sarno River plain occupies a surface area of approximately 210km2. In the south and east it is flanked by the Lattari and Sarno Mountains, belonging to the Apennine Mountain chain. To the north the plain adjoins to Mount Vesuvius whereas in\ the west it has an approximately 10km coastline with the Tyrrhenian Sea. Following the territorial distribution of inscriptions naming people or magistrates, on the basis of epigraphical studies, it is possible to distinguish the borders of the territories of Nuceria, Stabiae and Pompeii from other territories like Nola in the north-east, and Salernum in the south-east. Here the geographical borders such as the modelled paleo-Sarno River and mountain passes also have a delimiting role (Fig. 2). 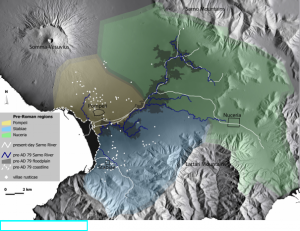 Fig. 2 | Selected socio-economical and paleo-environmental conditions of the Sarno River plain before AD 79.

From our extensive network of stratigraphical data we also have information on the thickness of the pre-AD 79 paleosols. In natural systems the thickness of a soil is particularly a function of local topography. Steep slopes are subject to erosion processes resulting in thinner soil cover whereas soils on flat surfaces, e.g. along the foot slopes of a mountain, are much thicker due to the accumulation of eroded material. Consequently, following a catena approach, it can be hypothesised that the thickness of the pre-AD 79 paleosol is controlled by the pre-AD 79 topography. Since we have modelled the pre-AD 79 topography it is possible to systematically analyse the correlation between soil thickness and topography, identifying areas that were subject to erosion or accumulation processes before AD 79. A model will be generated that predicts the paleosol thickness for the entire Sarno River plain. Hence, the areas of the Sarno River plain that are covered by a terrestrial soil of sufficient depth for agricultural use can be determined.

A short summary has been given on the different geoarchaeological subprojects that aim to reconstruct the ancient cultural landscape around Pompeii before the eruption of Somma-Vesuvius in AD 79.[5] The results of the individual subprojects will be merged to characterise both socio-economical and paleo-environmental conditions in Roman and pre-Roman times, providing detailed insights into ancient landuse, the internal structure of the Sarno River plain and the relationship between the urban centres and the hinterland. Finally, this leads to a systematic and comprehensive interpretation: (i) of the ancient landscape structure before AD 79, (ii) of the role of the Roman farms (villae rusticae) and their agricultural productivity and (iii) of the economic potential and social structure of the Sarno River plain.

Vogel and Marker 2010 S. Vogel and M. Marker. “Reconstructing the Roman Topography and Environmental Features of the Sarno River Plain (Italy) before the AD 79 Eruption of Somma-Vesuvius”. Geomorphology 115 (2010), 67–77.