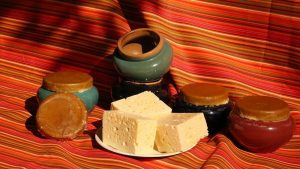 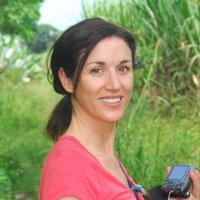 In the mountains of eastern Armenia, about 75 miles north of the capital Yerevan, motal means change.

“Motal cheese is like a business card for our region,” says Arpine Gyuluman, who owns Getik Bed and Breakfast in Gegharkunik. “[Because of it], we’re seeing more and more visitors annually.”

Motal is a white goat cheese flavored with wild herbs that is similar to homestyle country cheeses in Iran and Azerbaijan. Motal is prepared in locally made terra cotta pots sealed with beeswax ― a method that dates back at least 5,000 years. A little more than a decade ago, it was in danger of disappearing. That is, until a local university student named Ruslan Torosyan embarked on a personal crusade to save motal.

Torosyan, who was studying soil management at the time, was traveling around Armenia with a friend who also happened to be a representative of Slow Food, the international organization devoted to preserving local foods and traditional production methods.

They talked with grandmothers, shepherds, farmers and others to learn about the country’s various cheeses, when they happened upon shepherds making motal in this isolated, mountainous region. “There were still people making motal to consume at home,” says Tanya Torosyan, Ruslan’s sister, who now helps him market motal, “but the cheese was nearly extinct commercially.”

One of the main reasons for this “is that it’s a complicated, time-consuming process,” says Tanya. Traditional motal takes at least three months to make and consists of three individual steps.

First, the raw cheese (“with absolutely no additives or chemicals,” she says) is placed into salt water and left in the brine for approximately 40 days. It’s then taken out, crumbled by hand, and mixed with herbs growing along the local hillsides like dill and tarragon. Next, the cheese is tightly pressed into special handmade terra cotta bowls (another endangered local craft) that are placed upside down into ash. Everyday for about a month, says Tanya, they replace the ash and remove all the extraneous liquid. Once the motal is almost mature, the bowl is then sealed with natural beeswax and sold. “It’s a distinctly regional process from start to finish.”

Armenia knows cheese. It produces more than 25 types ― from stringy chechil to sharp, salty lori. The total volume of cheese production was more than 22 thousand tons in 2016, according to Gevorg Ghazaryan, the Head of the agro-processing development department of Armenia’s Ministry of Agriculture. (That sounds like a lot of cheese, but it’s small compared to say, France, which produces about 1.8 million tons in 2014.)

Still, while there are more than 60 cheese manufacturing companies in Armenia of all sizes, almost all of them produce lori or chanakh cheeses. Motal was virtually unheard of outside the region for years.

After seeing how it was prepared, Torosyan started making his own motal cheese as a hobby. He then approached Slow Food. In 2005, Slow Food International added motal to its Slow Food Presidia, a project that helps local food producers band together, improve their production techniques, and work toward selling their product globally. Together with the organization, Torosyan established a standard protocol for the region’s motal production, one according to Slow Food’s website,requires “the use of pure goat’s milk, a minimum 40-day salting, and a preference for native goat breeds.”

Once Slow Food got involved, motal cheesemaking began gaining some traction. More than 20 young farm families from across Armenia’s remote mountains got on board, breeding their own goats and using traditional methods. Slow Food also offered them the prospect of participating in international exhibitions, where they could present and sell their products. The results were impressive: together, Armenia’s motal makers even won an award for “Best Packaging” at the Slow Food 2012 Exhibition in Turin, Italy, and the cheese itself experienced a new resurgence.

However, its success in the international market was short-lived. A few years ago Slow Food and the motal cheese project parted ways, as Armenia’s new producers adjusted to the realities of animal farming and the Presidia and the EU set out new restrictions.

“This meant we were no longer able to present our motal cheese abroad,” says Tanya. “This was really challenging, because motal’s high production costs mean it’s an expensive cheese for most Armenians. Selling it here, we don’t make much of a profit.” Goat milk had also fallen out of favor in Armenia, being something that only small children, elders and those who couldn’t stomach cow’s milk drank.

So the Torosyans got creative and found ways to bring more people to the cheese. In 2016, they embarked on a four-month program organized by NGO Cross of Armenian Unity to promote ecotourism in Gegharkunik’s Chambarack province. Along with four other local family-run establishments (including Gyuluman’s bed and breakfast), the Torosyans learned ways to promote their product online and through social media. They set up “master classes” in cheesemaking to attract visitors to the area ― including those already drawn by Gegharkunik’s spectacular forests, valleys and waterfalls.

These days, the participants work together to create multi-day itineraries for visitors, which often include myriad local activities such as horseback riding, eco-farming and regional food tastings. “We always cooperate,” says Gyuluman. “[Ruslan Torosyan] sends his guest to spend the night and dine [at my B&B], and I always bring my guests to him to learn about motal cheese.”

While tourists already include a mix of local Armenians and international travelers, mostly from Europe, Russia and China, they’re hoping to attract more. During summer, when motal is at its prime, the Torosyans also sell to various markets and restaurants around Yerevan. “It’s especially good on lavash,” says Tanya, referring to the thin, unleavened flatbread popular throughout the entire Caucasus region, “as well as on top of pizza and in summer salads with fresh tomatoes. Really, you can use it on anything,” she says.

Slow Food continues to help many of Gegharkunik’s residents promote their locally made products. “[Without Slow Food], these families would never have been able to stay in their villages,” says Tanya. “They were going to have to leave and relocate to places like Yerevan to support themselves. Now, they know they can remain where they are and make money doing something that they love.”