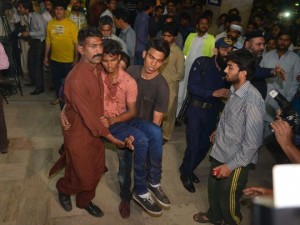 A second bombing in the wake of Brussels has occurred at an area near children’s rides at Gulshan-e-Iqbal park in the city of Lahore, Pakistan, as Christian families were celebrating Easter.  60 are currently confirmed dead and at least 300 injured, though these numbers will likely rise.  Most of the dead and injured are women and children.

“This cowardly act in what has long been a scenic and placid park has killed dozens of innocent civilians and left scores injured,” said White House National Security Council spokesman Ned Price.  “We send our deepest condolences to the loves ones of those killed, just as our thoughts and prayers are with the many injured in the explosion. The United States stands with the people of Pakistan at this difficult hour.”