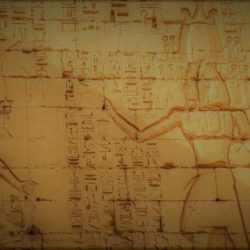 No ancient inscription names the coalition as “Sea Peoples” – this is a modern-day designation. Introduction The Sea Peoples were a confederacy of naval raiders who harried the coastal towns and cities of the Mediterranean region between c. 1276-1178 BCE, concentrating their efforts especially on Egypt. They are considered one of the major contributing causes[…] 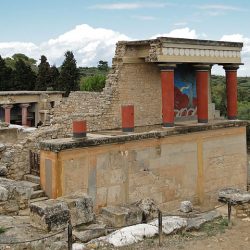 The North Portico in Knossos, Crete, Greece / Photo by Bernard Gagnon, Wikimedia Commons The Protopalatial period of Minoan civilization (1900 to 1700 BCE) and the Neopalatial Period (1700 to 1450 BCE) saw the establishment of administrative centers on Crete and the apex of Minoan civilization, respectively. Edited by Matthew A. McIntosh / 07.14.2018 Historian[…] 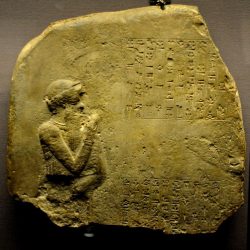 Hammurabi (standing), depicted as receiving his royal insignia from Shamash. Hammurabi holds his hands over his mouth as a sign of prayer (relief on the upper part of the stele of Hammurabi’s code of laws). / Photo by MBZT, Louvre Museum, Paris, Wikimedia Commons According to his own inscriptions, letters and administrative documents from his reign, he sought[…] 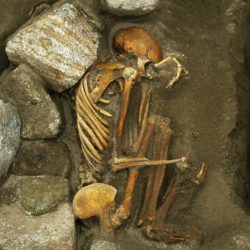 Tom Booth, Author provided Turns out the Egyptians weren’t the only ones who mummified their dead. By Dr. Tom Booth / 11.24.2015 Wellcome Post-Doctoral Research Associate Natural History Museum Whenever mummies are mentioned, our imaginations stray to the dusty tombs and gilded relics of ancient Egyptian burial sites. With their eerily lifelike repose, the preserved bodies of ancient Pharaohs like Hatshepsut and[…] 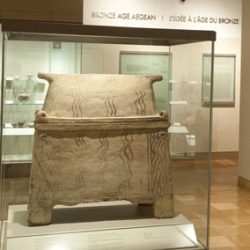 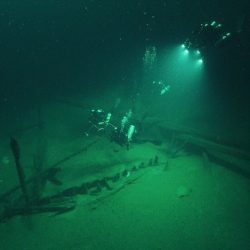 The underwater archaeologists from the Black Sea MAP project have explored both the ancient landscapes and human settlements which were affected by environmental change off Bulgaria’s present-day Black Sea coast, and the shipwrecks of some 60 vessels dating from the past 2,500 years. Photo: Black Sea MAP By Ivan Dikov / 10.17.2017 Archaeology in Bulgaria[…]