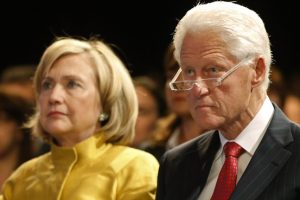 The financial commitment came at the 2010 conference of the Clinton Global Initiative, the Wall Street Journal reported, citing a document from the time and people familiar with the matter.

The pledged cash commitment went to Energy Pioneer Solutions, a private company that insulates private homes and allows people to pay for costs on their energy bills.

In another boost for the firm, Clinton personally intervened with then Energy Secretary Stephen Chu, the paper reported. The feds gave the company an $812,000 grant, the Energy Department said on its web site.

She lives, like the Clintons, in Chappaqua. She has denied being romantically involved with the former president.

She described herself to the Journal in the story posted Thursday afternoon as ‘a family friend.’