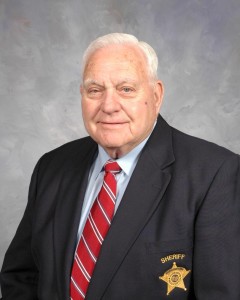 Regarding possible charges for charging Donald Trump with a Class 1 misdemeanor under the North Carolina statutes, Cumberland County Sheriff Earl R. “MOOSE” Butler issued a release late in the day of March 14, 2016: “ . . . the evidence does not meet the requisites of the law as established under the relevant North Carolina statute and case law to support a conviction of the crime of inciting a riot.  Accordingly, we will not be seeking a warrant or indictment against Mr. Trump or his campaign for these offenses.”

If I were to purely speculate, and I am going to do exactly that, I would say that the sheriff was unable to get MacGraw to state definitively that he punched Rakeem Jones because of statements made by Donald Trump.  Additionally, for those of us who recall the media circus of the Michael Jackson trial, it is not a far step to conclude that the media circus in Fayetteville, which is the county seat of Cumberland County, could prove overwhelming and too taxing on the county’s resources.  For a mere Class 1 misdemeanor, the consequences of bringing Trump to heel in that county might have been a bridge too far.  Such decisions are within the realm of prosecutorial discretion.

However, I would not expect county officials to ‘fess up to this.

Again, a faux pas that would have probably been fatal for most candidates has left Trump riding high on a wave of publicity and adding to the smugness of his following.  And we thought Tony Soprano was made out of teflon.